When you book with an account, you will be able to track your payment status, track the confirmation and you can also rate the tour after you finished the tour.
Sign Up
786

Our flexible booking options were put in place to give you peace of mind.

The Camp Nou Experience is a celebration of the hardware, stadium atmosphere, and ins-and-outs of FC Barcelona, one of the best football teams on the planet. But it’s even more than that: it’s a celebration of the very spirit of football. To embark on a Camp Nou tour is to explore one of the most storied stadiums in football and understand why Barça’s motto is “More than a club”. 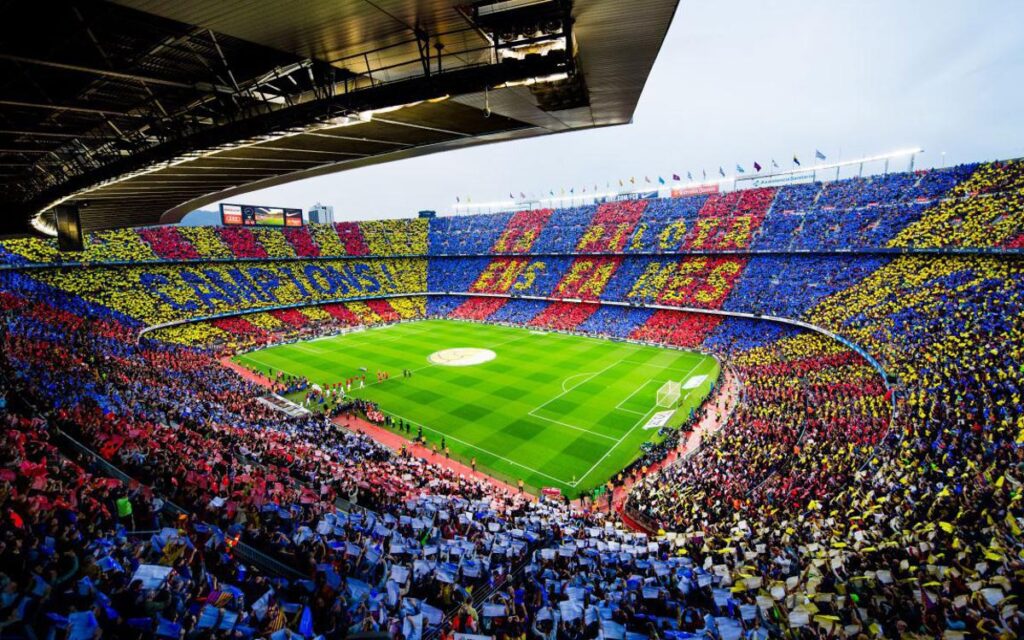 Football on TV is fun to watch, but the stadium is where the real magic happens. The Camp Nou Experience might not include 98,000 fans screaming “Barça, Barça, Baaaaarça!”, but this tour does give you incredible access to FC Barcelona, and the feeling of what it might be like to work (or play) for the blaugrana. Like their famous rallying cry informs us, FC Barcelona is more than a club. They’re owned by their supporters, live and work by an elevated code of social responsibility, and are ambassadors of Catalan culture. Oh, and they’re pretty good at football. The museum is immersive and impressive. Featuring giant touch screens, sound installations (including match-day sounds), historical stats and a trophy cabinet worthy of King Midas, it’s engrossing – even if you’re not a big football fan. 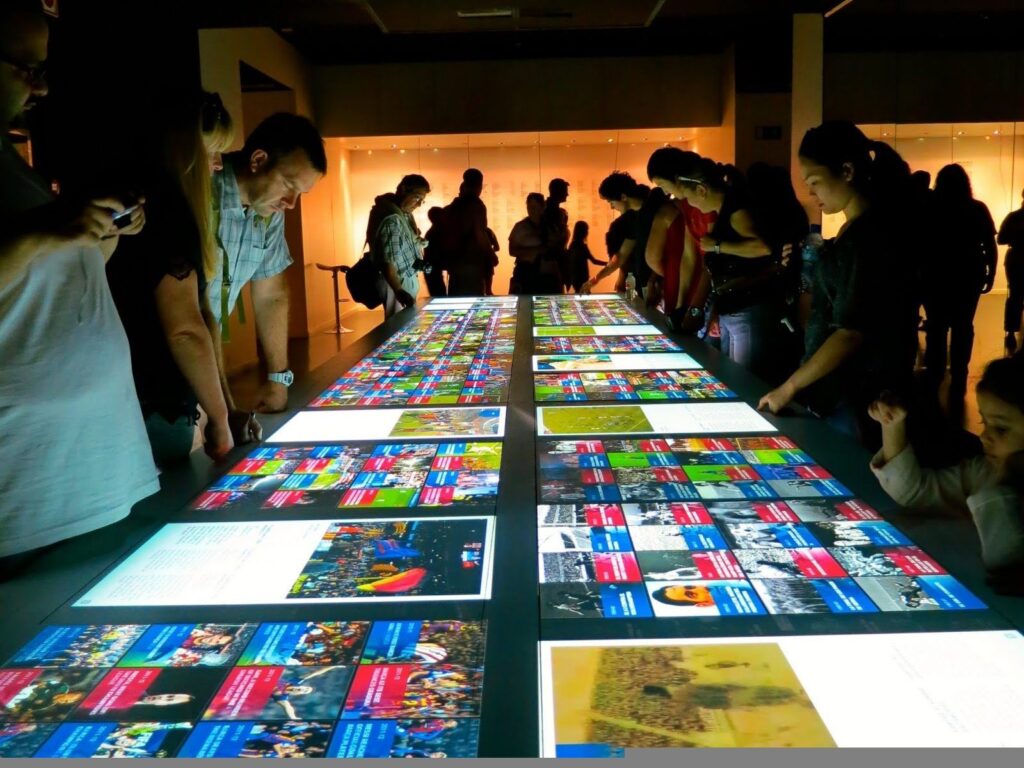 Masters of the free-flowing tiki-taka style, Barça have won five Champions League titles and are often hailed as the world’s best team. We could go on about the accolades and trophies, but you’re better off enjoying the Camp Nou Experience itself to get a real feel for everybody’s second favorite football team.

We will hop on a bus in the center of the city, before heading to the iconic stadium of Barcelona Football Club Stadium: Camp Nou. During this guided tour of the home of the team known locally as the ‘Blaugrana‘, you will be accompanied at every step by an expert football guide.

The tour starts on the first floor of the museum of the Catalan team, where you enjoy the interactive murals, large-format audiovisuals, exhibition displays, and a large collection of the club’s historical objects.

We will follow in the footsteps of players such as Iniesta, Cruyff, Maradona, Guardiola, Xavi, and Messi, as we learn all about the fascinating history of the team. You will find the ‘Barca’ passion infectious as we walk through the changing rooms, and the tunnel, before arriving at the iconic pitch. This is an experience you will never forget.

Our guided tour continues at the stadium’s very own television set, the mixed zone, the hospitality suite, and the press box. You will also have the privilege of accessing the main tribune where the Sala Roma lounge bar is located. Besides enjoying the exclusive views that this area offers, you can also recharge your batteries with a lid and a drink.

Our brilliant tour finishes on the second floor in the multimedia space. In this entertaining area, you will relive the best moments from the history of Barça. 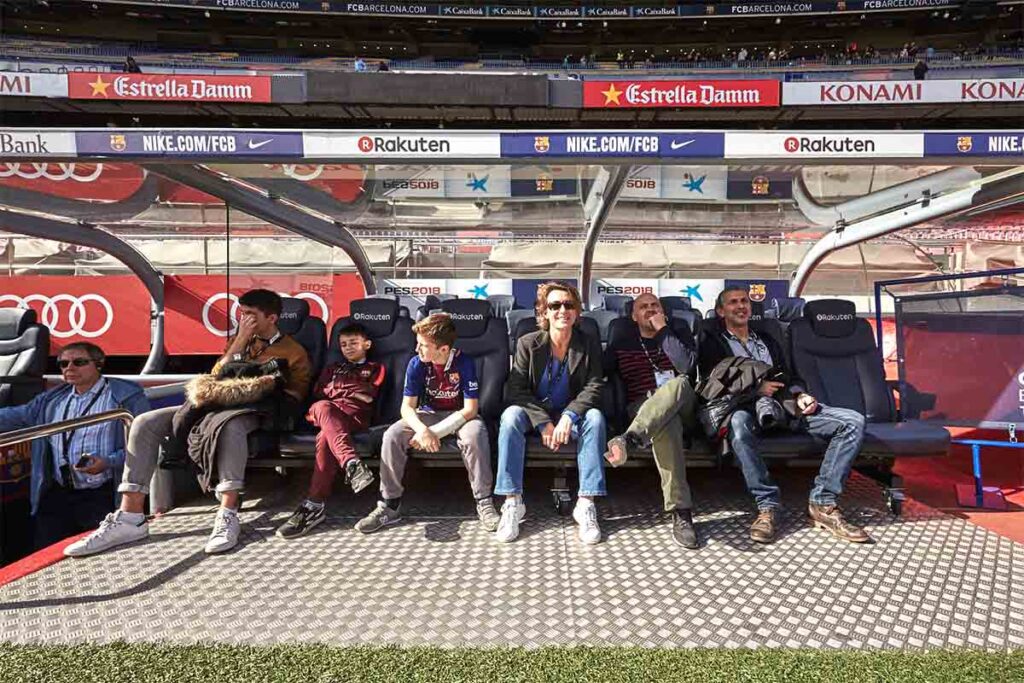 The tour is closed before and on match days. The museum, trophy room, Messi area and the panoramic view of the stadium are open until 15:00.

There are no tours on these days. The museum, trophy room, Messi area and the panoramic view are open until 3 hours before kick-off.