A Photography Experience: North Mesopotamia The Land Between Two Rivers

When you book with an account, you will be able to track your payment status, track the confirmation and you can also rate the tour after you finished the tour.
Sign Up
1377

Schedule a video meeting with one of our travel advisors

Our flexible booking options were put in place to give you peace of mind.

9 Days
Istanbul
Istanbul
Min Age : 12
Max People : 8
Anatoly native , Tigris and Euphrates are two legendary rivers, where in between all the civilizations are born. It is not a coincidence as the civilization starts with agriculture. This is because the regular river floods made fertile the soil around the banks while supplying also fresh water to irrigate crops. It means also that agriculture allowed for denser and denser populations along with more specialized societies, some of the world’s first civilizations developed in these areas as well. Associated with Mesopotamia, are ancient cultures like the Sumerians, Assyrians, Akkadians, and Babylonians. Learning about this time period can be a little confusing because these cultures interacted with and ruled over each other over the course of several thousand years.
The oldest point is still a mystery which changed all human history: Göbeklitepe (11.000 BC) which is also a part of our program “North Mesopotamia: Between Two Rivers” is a satisfaying program for intermediate and professional photographers not only for discovering the lunar landscape of Cappadocia, the uniqueness of Taurus Montains, but also for this very old land.
“North Mesopotamia: The Land Between Two Rivers” is an excellent program for intermediate and professional photographers. Enjoy your unusual journey!
DetailItineraryReviews

Eskapas is committed to fulfill the following regulations to protect its customers from the risk of Covid-19 :
1 – Eskapas will fulfill all safety rules mentioned in the “Safe Tourism Certification” prepared by Turkish Ministry of Tourism; that plan covers all aspects of the journey from the aircraft to the airport, transfers, touring and hotels (tga.gov.tr/about-safe-tourism-program/ )
2 – Eskapas staff is trained to follow all hygiene rules when in service of our customers; they will respect the social distance
3 –Vehicles will be sanitized regularly as imposed and controlled by Turkish Ministry of Health,
4 – All hotels used to accommodate our customers are certified by “Hotel Association of Turkey”; they all are committed to use maximum 50 % capacity 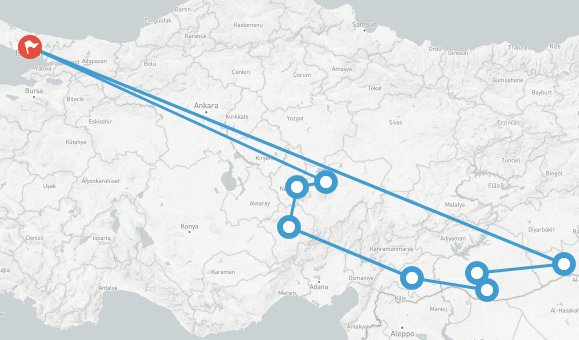 Arrival at Istanbul International Airport (IST) and transfer to your hotel in city center. Meals: N/A 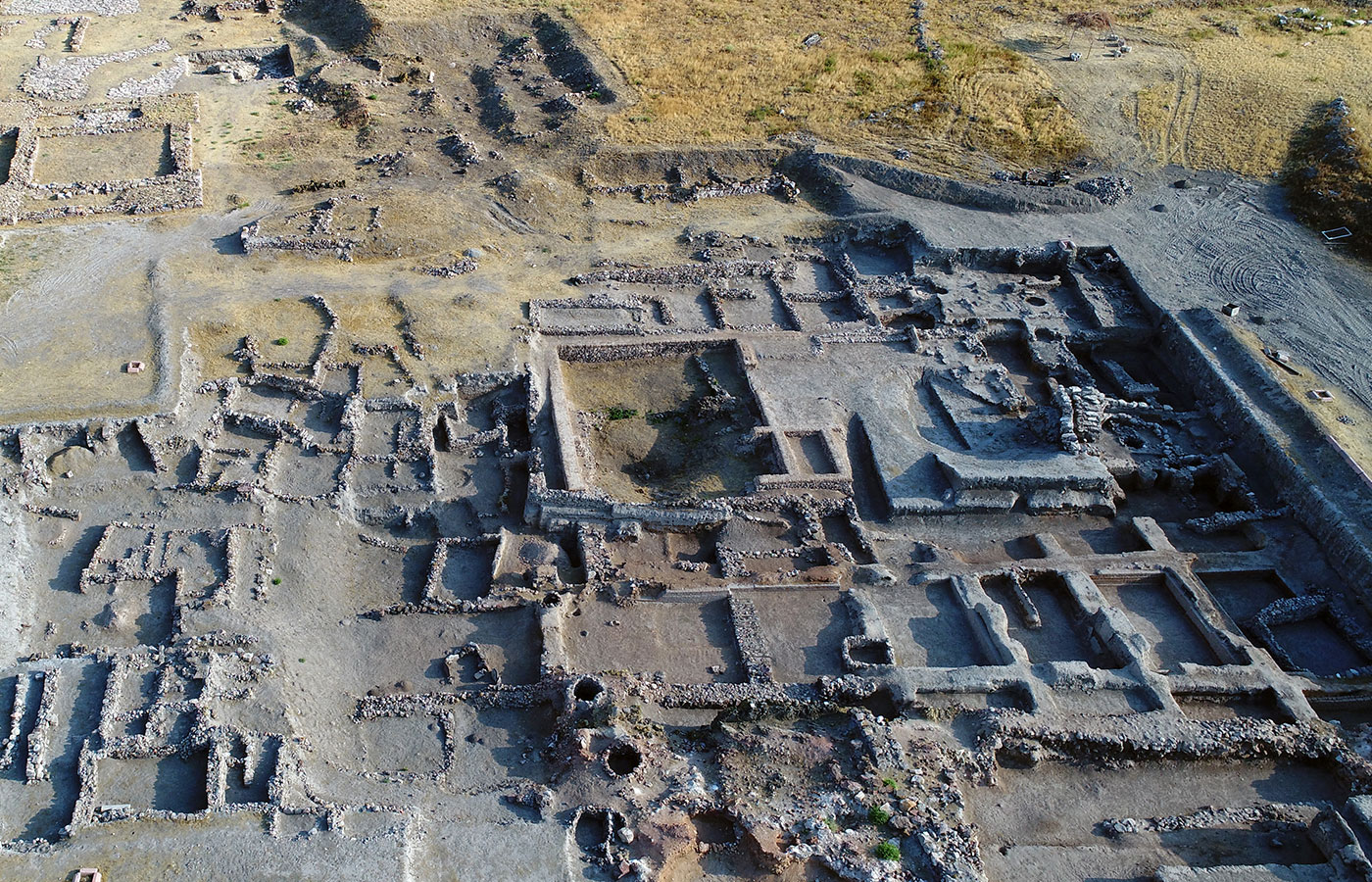 After breakfast, transfer to the airport for a flight to Kayseri. (1h15m) Upon arrival continuation to Kültepe-Kanesh which was the capital of the ancient Kingdom of Kanesh and center of a complex network of Assyrian trade colonies in the 2nd millennium B.C. Situated just at the foot of Mount Erciyes (ancient Argeus) and on a fertile plain, Kültepe occupies a position at which historic and natural routes, leading from Sivas in the northeast and Malatya in the southeast, converge. This naturally advantageous position allowed Kültepe to emerge as a centre of importance in the world of ancient politics and trade.  Kültepe thus became a key centre of culture and commerce between Anatolia, Syria, and Mesopotamia by the end of the 3rd millennium B.C. 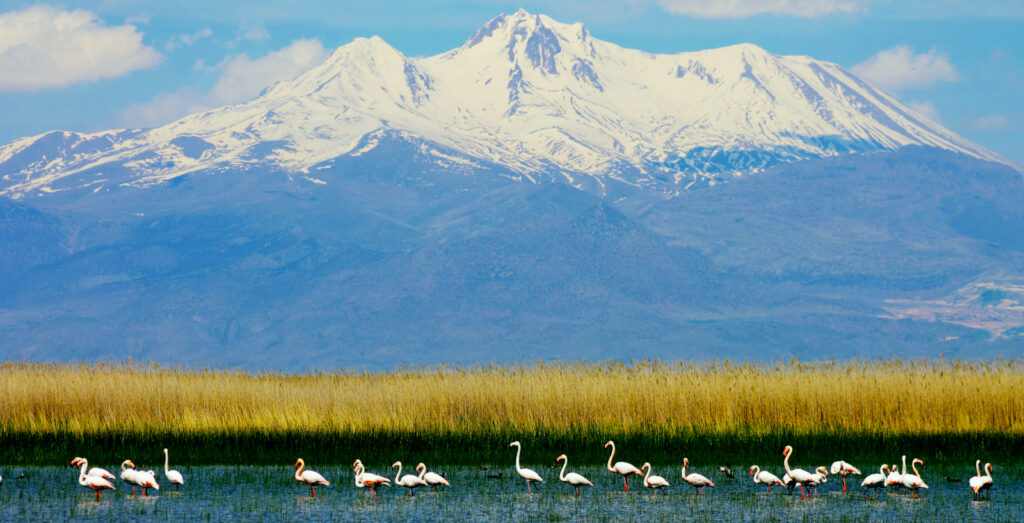 On the way to Cappadocia , we will stop at Sultan Sazlığı Bird Sanctuary to photograph Erciyes Mount, a huge stratovolcano (3917 m/12851 feet) Sultan Sazlığı Bird Sanctuary: One of Turkey’s most important bird sanctuaries, Sultan Sazlığı is a national park and protected wetland that’s a 32-km (20-mile) drive from the turnoff for the Soğanlı Valleys. A total of 301 species have been observed here, including flamingos, spoonbills, buzzards, gray herons, lapwings, and great white egrets. Spring is the best time to visit—though, thanks to good rains in the last couple of years, birds can be seen year-round.
After lunch continuation to Cappadocia and installation to Hotel Acropolis Cave Hotel or similar charming cave hotel in Ürgüp . Briefing about the region and departure for sunset shots in Love Valley
Dinner and overnight in Ürgüp Meals: B, L, D 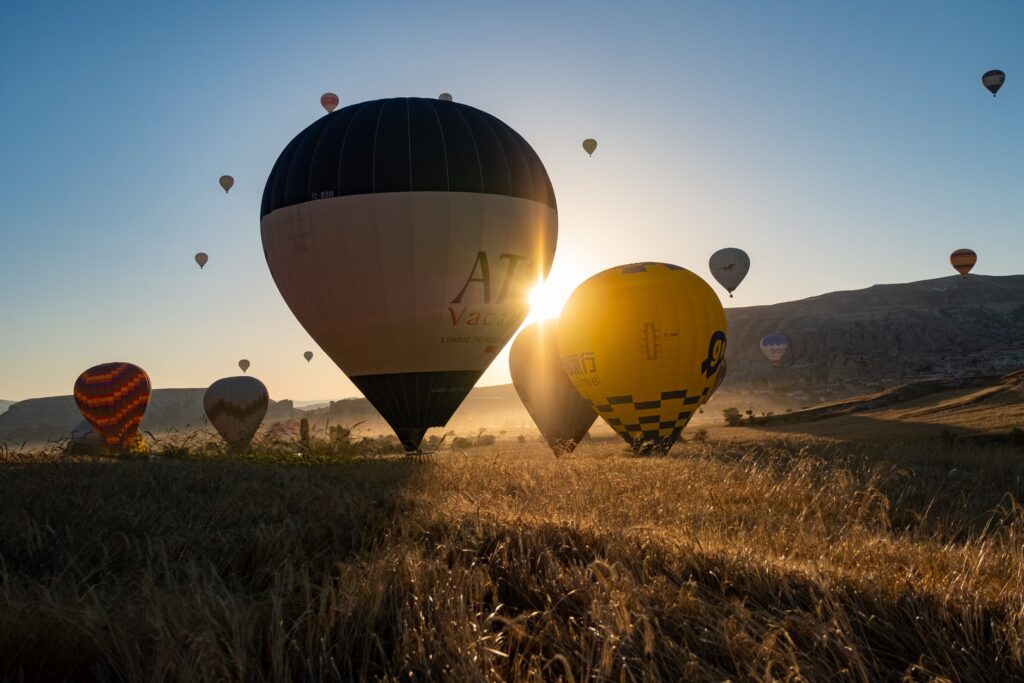 Early morning departure before sunrise to photography the take-off of hot air baloons. Cappadocia has been choosen by National Geographics as the best place to fly over in a hot air baloon. If you want to join such an experience(optional), consult to your guide. Return to the hotel for the breakfast. 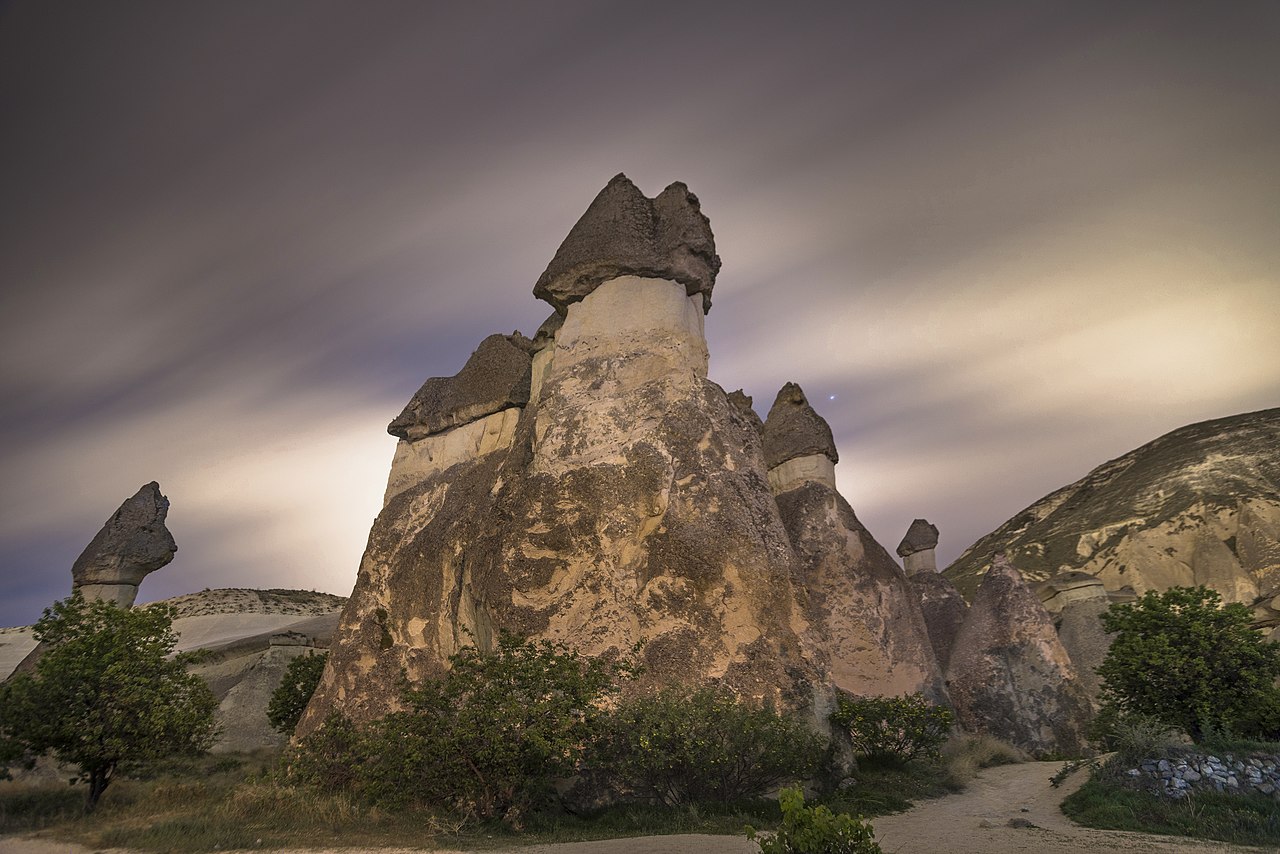 Departure after-noon from the hotel to see the most visited sites in the region: discover small churches troglodytes of the Çavuşin valley, and stop in front of the Avcilar Valley rocky peak. This journey will end in Uçhisar with a friendly moment around a glass before taking our sunset shots.
Included Meals: Breakfast and dinner 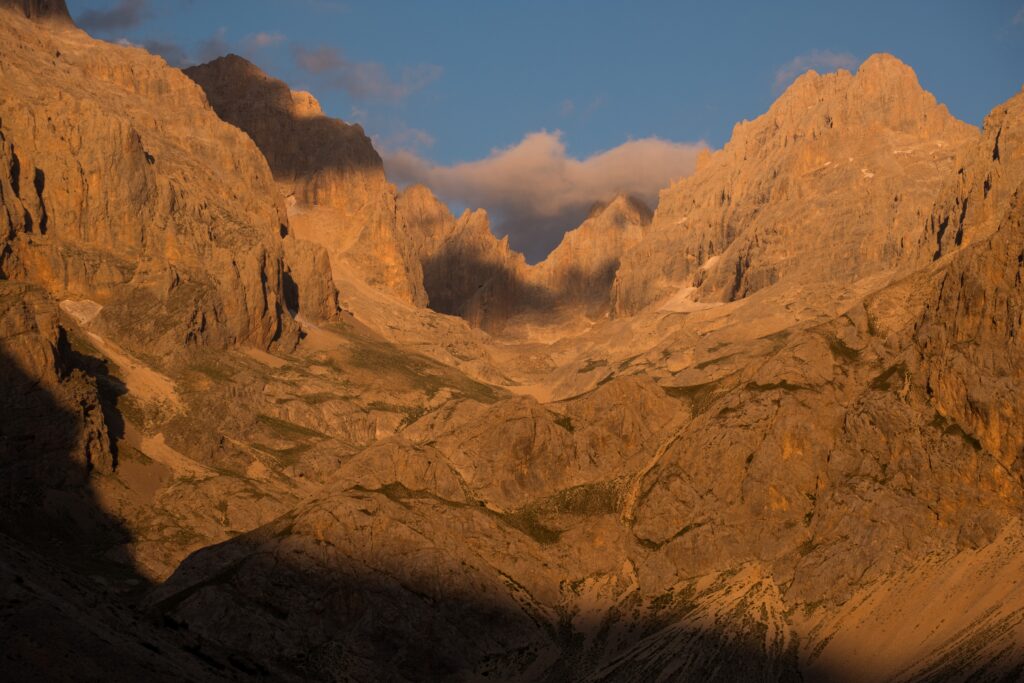 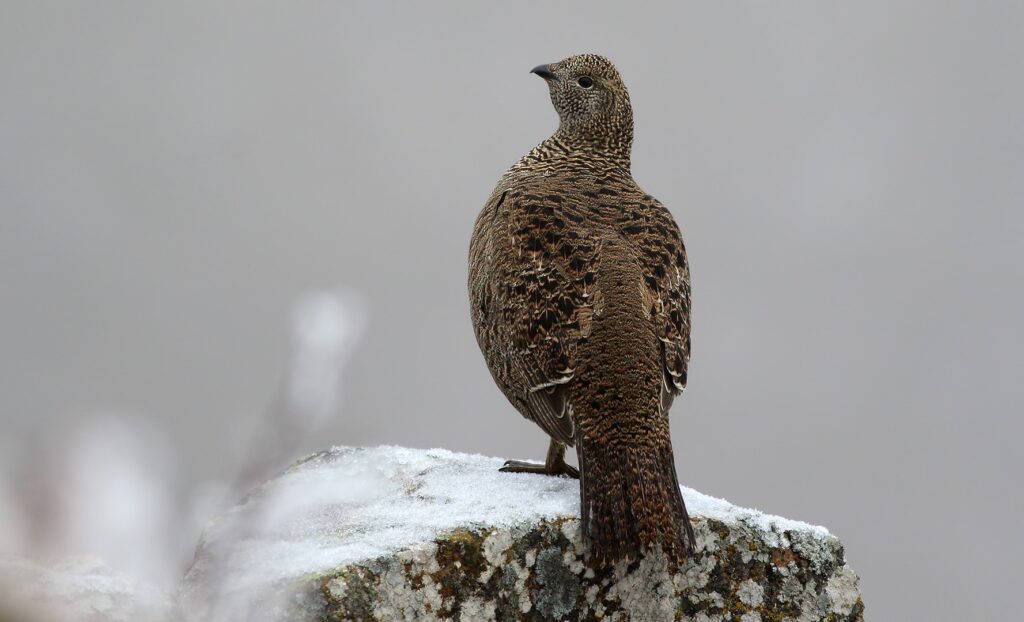 Depending on the season, you’ll be encountering everything from floral bouquets and goat herds to heavier snow nearer the limestone peaks. Besides these highland beauties the woodland shelters red pine, black pine and fir trees. Aladaglar National Park is also the home of the famous Capra ibex, and other animals like wild boar, wolf, weaser and coyote. Bird watchers all around the world visit Aladaglar as well, to spot the various wild and singing birds(Caspian Snowcock, Crimson-winged Finch, Red-fronted Serin, Snowfinch, Wallcreeper, Radde’s Accentor, Alpine Accentor, Horned Lark, Alpine Chough, Red-billed Chough, Rock Thrush, Finsch’s Wheatear, Ortolan Bunting, Chukar, Ortolan Bunting, Black Redstart) of the region. More than fifty endemic plant species have been observed in the area, which was declared a national park in 1995. Nine of these are seen solely in this area. The Aladaglar National Park present rich diversity in terms of bird and butterfly species. Some of the birds of prey one can see are the rock eagle, bearded vulture, and peregrine falcon. Wildlife includes wild goats, bears, lynx and sable. 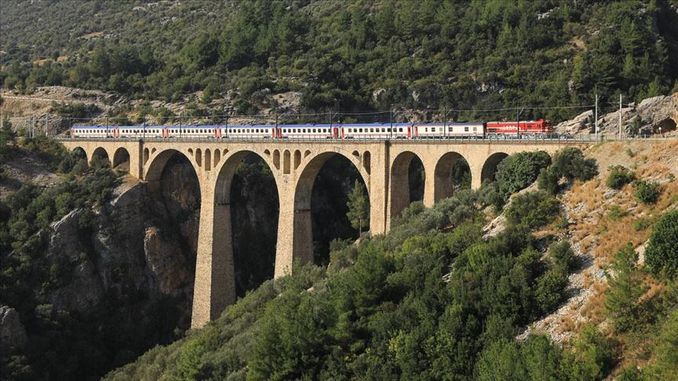 After breakfast, early morning we will head south-east towards the Taurus Mountains to photography Varda Bridge . Varda Bridge is located in roughly 2 kilometers north of Hacıkırı Village, Karaisalı county and it is referred to by local people as “The Giant Bridge”. It was built in 1912 to complete İstanbul-Baghdad-Hejaz railway. The bridge was built using steel trussing and stone masonry techniques. It is 99 meters high and 200 meters long. Some scenes from the movie ‘James Bond Sky Fall’ were shot on Varda Bridge in 2012.
Continuation to Adana famous also for its kebaps: The food is the best thing in Adana, especially the traditional Adana Kebab.Lunch menu is obvious. 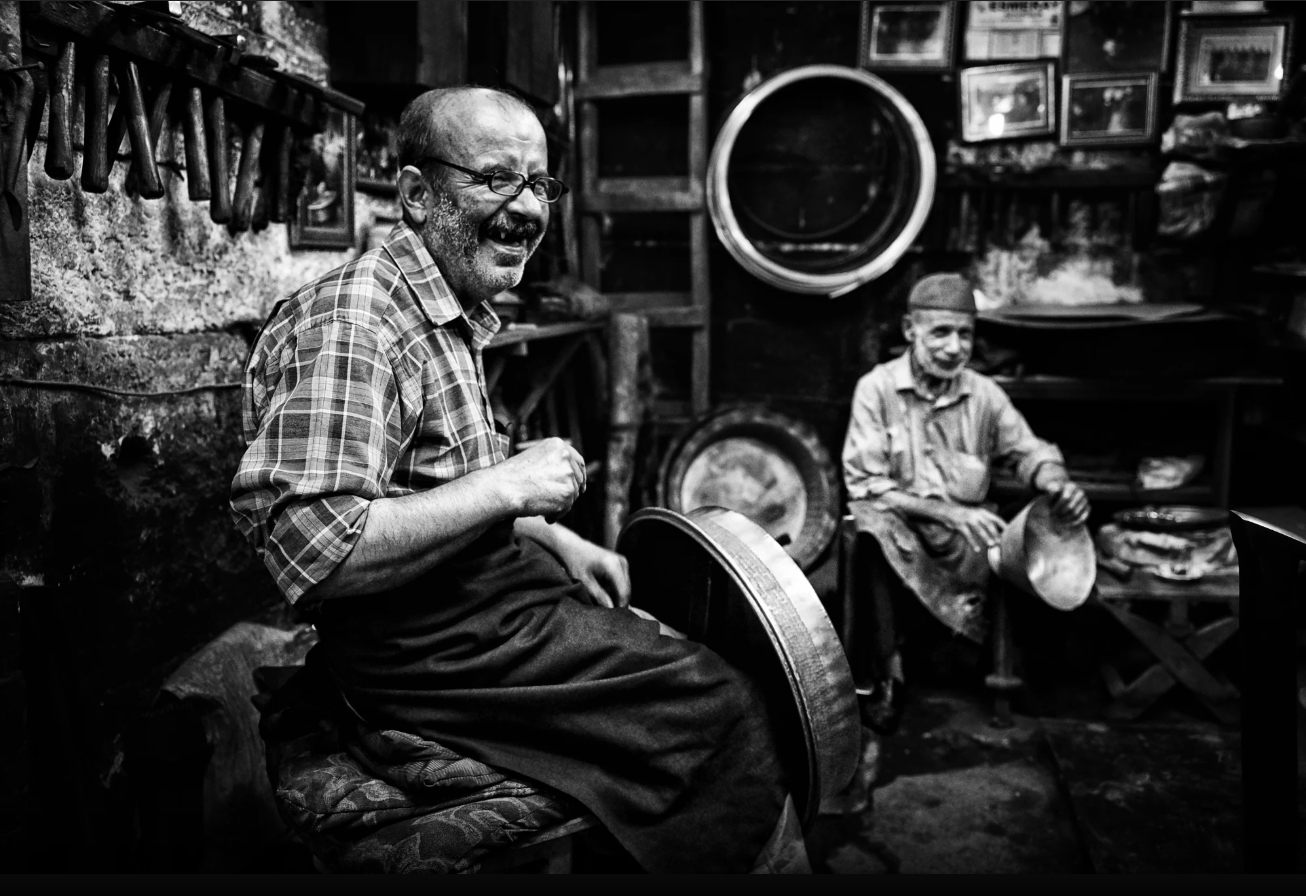 After lunch visit of old town of Adana: The historical Kazancilar Carsisi (Boilermakers’ Bazaar), located in the same area as the clock tower, houses some of the most popular restaurants. Opportunity for street photography . Continuation to Gaziantep for overnight Meals: B, L 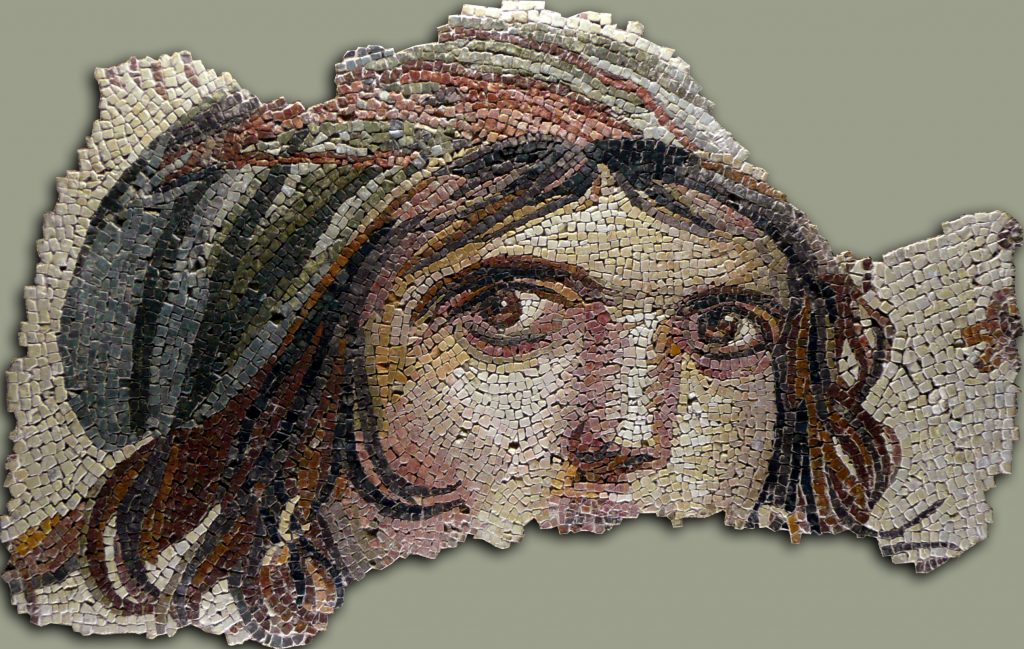 All of the mosaic panels exhibited in the Museum are works of great mastery. Some of them were crafted with five hundred thousand tesserae, and you can’t help admiring the realism and vivacity in which the figures were depicted. large panels, but a comparatively small piece of 2nd century AD, the mosaic of Maenad, which is popularly known as the Gypsy Girl. It is the only remaining part of the floor mosaic of the dining room of the Maenad Villa. The doleful eyes of the figure made the piece the most loved artefact of the Museum, and she is regarded as the Mona Lisa of Zeugma and the symbol of the ancient city and the museum. 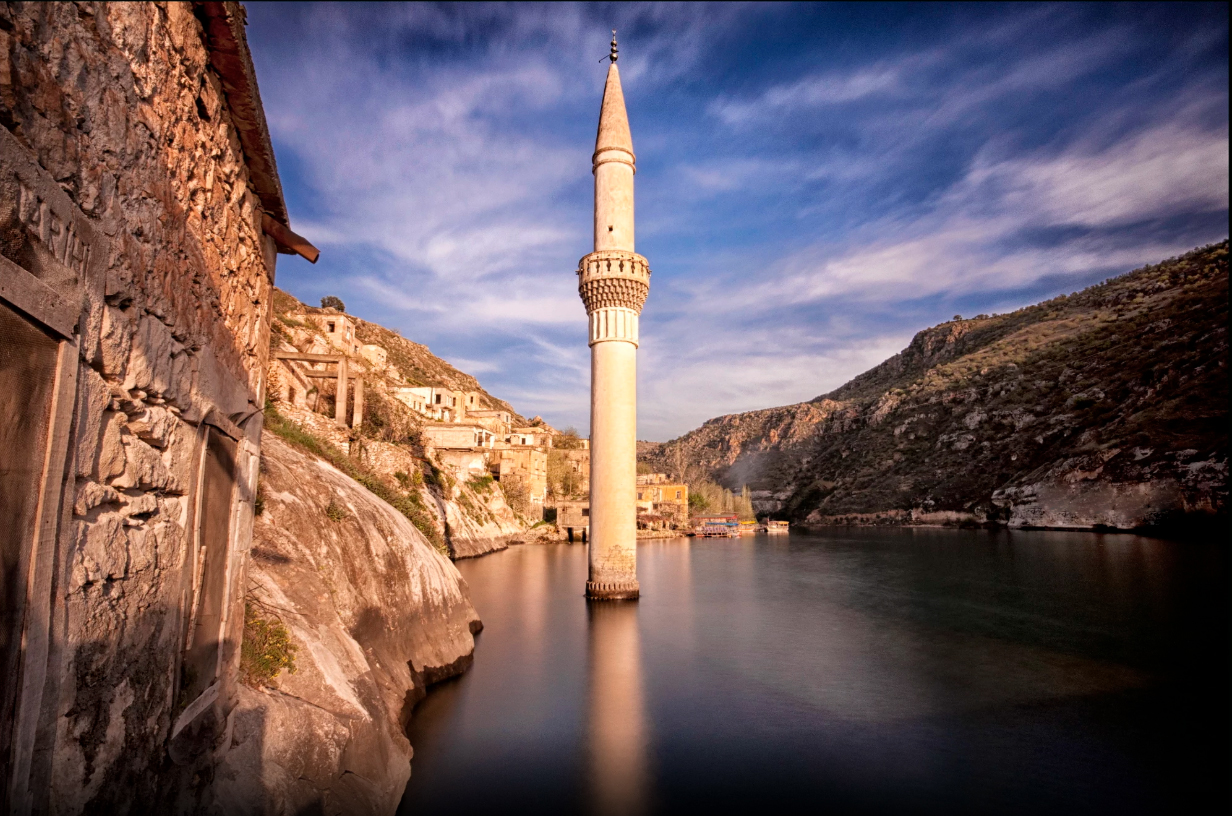 After visiting the museum continuation to Zeugma Antique City (UNESCO World Heritage List) situated on the Legendary Euphrate River. Zeugma is home to archaeological remains that reflect the complicated, sometimes ambiguous, yet extremely varied character of the ethnicities which mingled within the city to form new syntheses. In the Hellenistic Era the city was called “Seleukeia of Euphrates”. The ancient city of Zeugma, originally, was founded by Selevkos Nikador, one of the generals of the Alexander the Great, in 300 B.C. Continuation to “Slow City” Halfeti (Cittaslow Halfeti ) which has the potential to become one of the world’s most interesting slow cities with its historical heritage and unique culture.. Rumkale and the other cultural treasures at Halfeti take visitors on a journey to the splendor of the past. In addition, it is great experince to see the specific black rose of Halfeti. Fruits and vegetables including bananas, grapefruit and dates flourish in the region’s Mediterranean climate. We will have time to visit Old Halfeti streets until sunset and blue hours.
Return to Gaziantep , dinner and overnight. Meals: B,D

After breakfast we’ll leave Gaziantep in the morning and begin our idyllic journey to Harran.
Harran 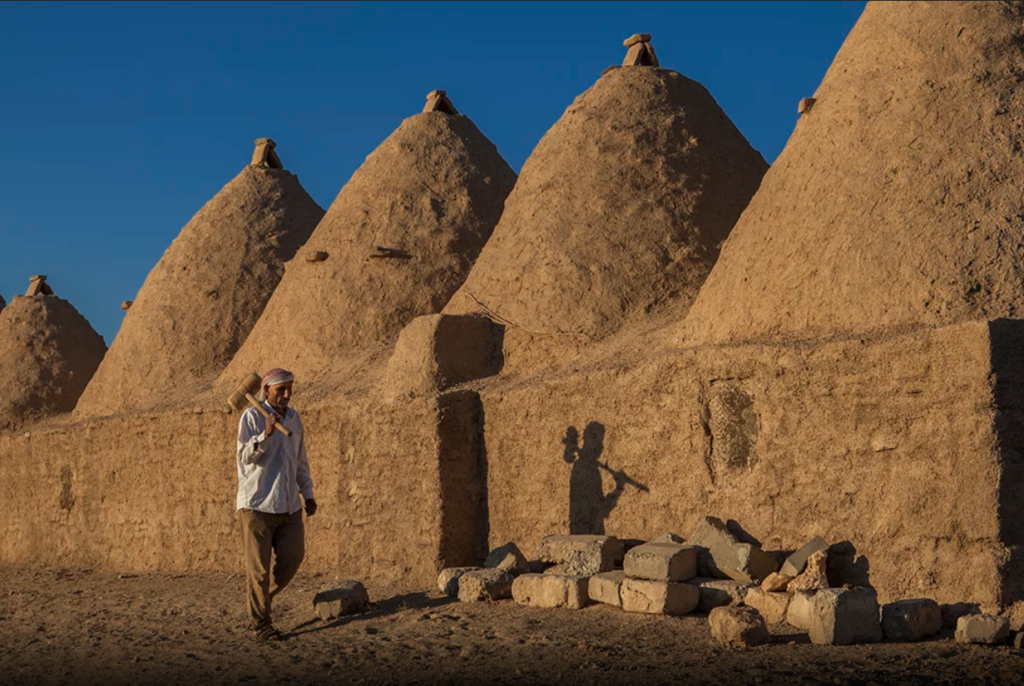 You wonder, “What is the history of Harran?” You open the Torah, and see that Harran was mentioned as the city of Abraham. If you delve into ancient times, you will come across the great temple of the Moon God, Sin. If you ask the ancient merchants about Harran, they will tell you that Harran is the trading center of the world. You will encounter Islamic footprints. With every step you take, a seal of every country appears. The blood shed from swords starts speaking… Thousands dead…you are walking in a land that was once a Seljuk state, an Ottoman city…” 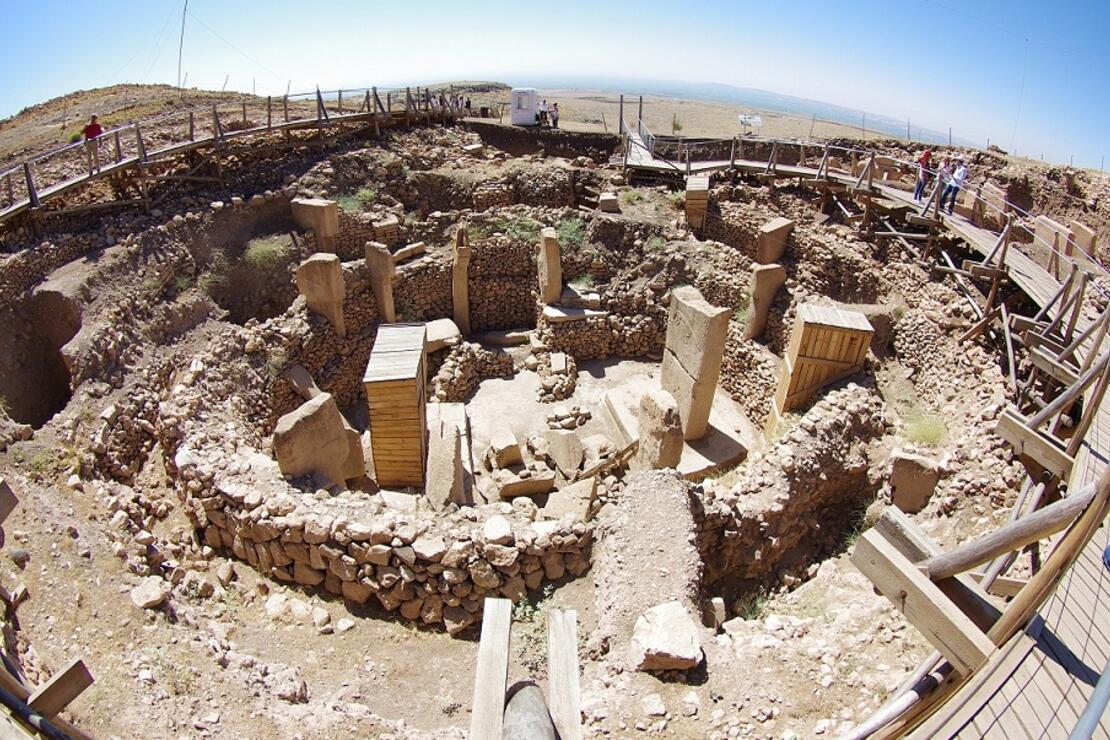 After photographing Harran City , we will visit Göbekli Tepe Antique City Göbeklitepe. Ten kilometers from Urfa, an ancient city in southeastern Turkey, Klaus Schmidt has made one of the most startling archaeological discoveries of our time: massive carved stones about 11,000 years old, crafted and arranged by prehistoric people who had not yet developed metal tools or even pottery. The megaliths predate Stonehenge by some 6,000 years. The place is called Gobekli Tepe, and Schmidt, a German archaeologist who has been working here more than a decade, is convinced it’s the site of the world’s oldest temple.
Dinner and overnight in Mardin Kaya Ninova Special Category Superior Class Hotel. Meals B,L,D 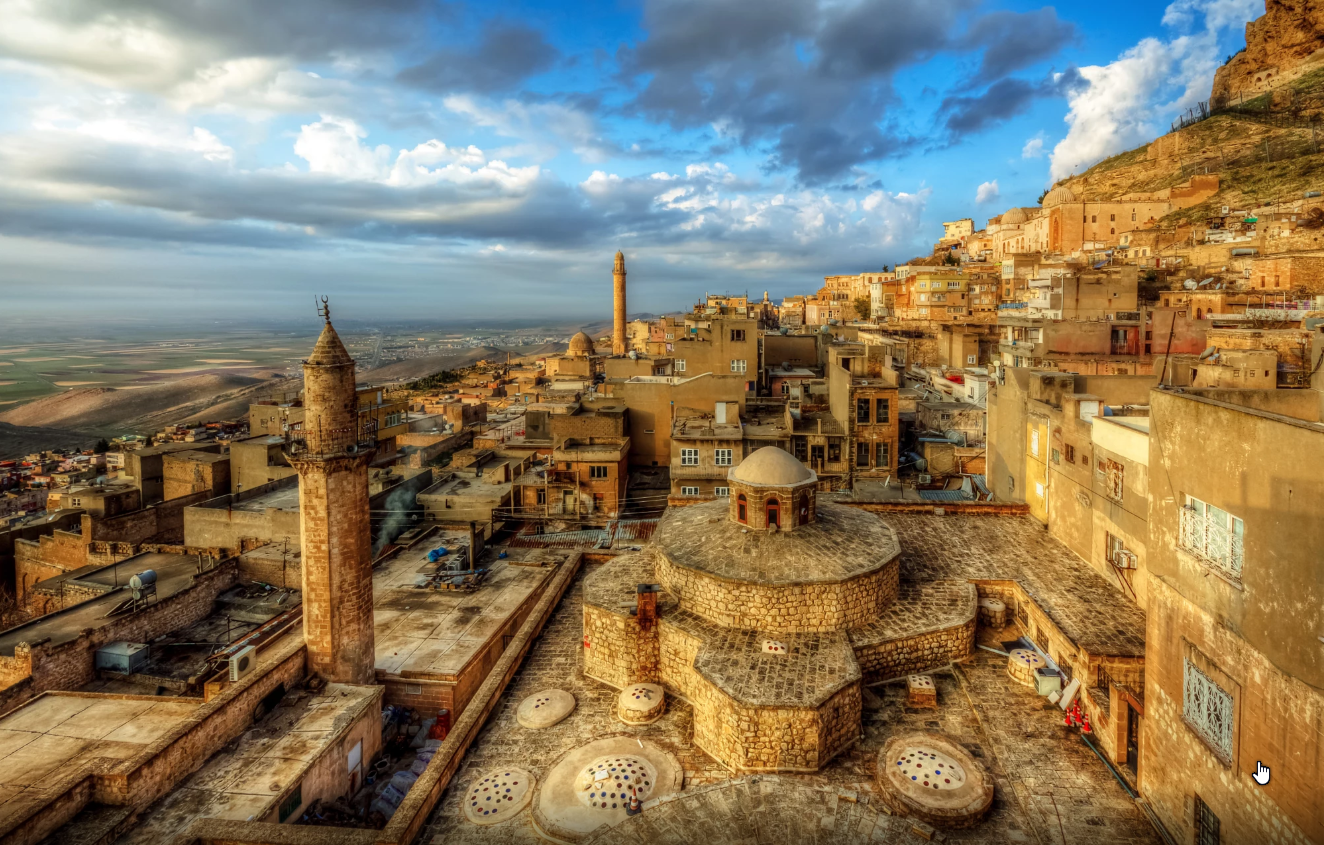 Mardin is a highly addictive and unmissable spot for photographers. . Minarets emerge from a baked brown labyrinth of meandering lanes, a castle dominates the old city, and stone houses cascade down the hillside above the Mesopotamian plains. As a melting pot of Kurdish, Yezidi, Christian and Syrian cultures, it also has a fascinating cultural mix.
This timeless poetic city created by the delicate spirit of the mason’s hands that gave form to its stones. Revealing the city to be an architectural treasure chest, the golden stone houses, masterfully and elegantly built on the steep slopes, achieve an extraordinary harmony between climate, geography and architecture. The civilisations and culture of thousands of years are reflected in the staircase streets, small squares and the traditional dwellings of the city. 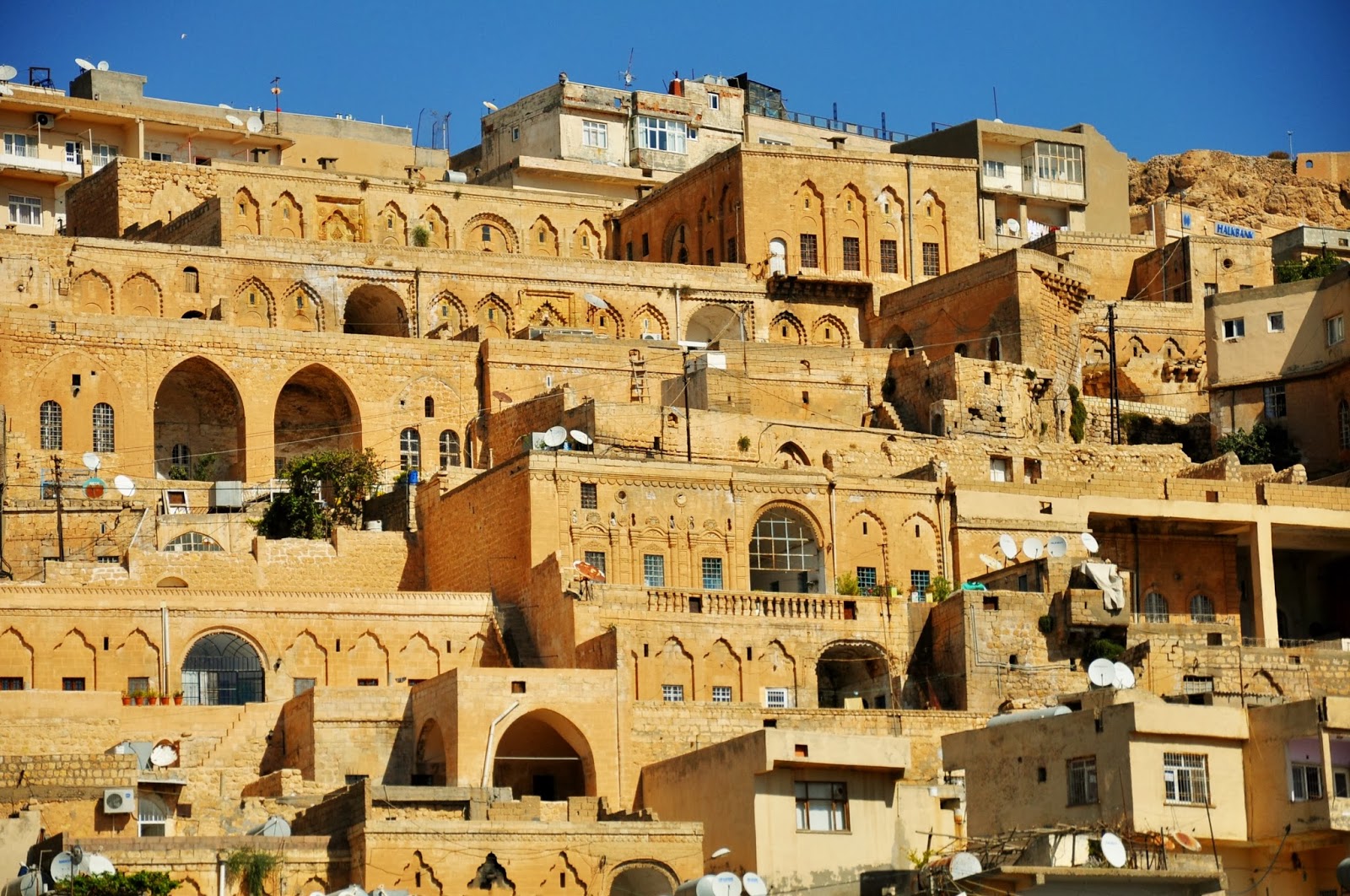 Mardin is also home to the Monastery of Deyrulzafaran– once the ecumenical seat of the Patriarch of the Syriac Orthodox Congregation dating back to 5th century- is the most important religious centre of the Syriac Orthodox Christians. It roofs 3 places of worship from various periods. This lovely county is famous for its silver jewelry known as ‘telkari’, and it has many elegant and historical houses.
Visit of old Mesopotamian cities Midyat and Dara , near Syrian Border.
Return to Mardin for photographyingthe city in the sunset.
Farewell dinner and overnight in Mardin
Meals : B,L,D 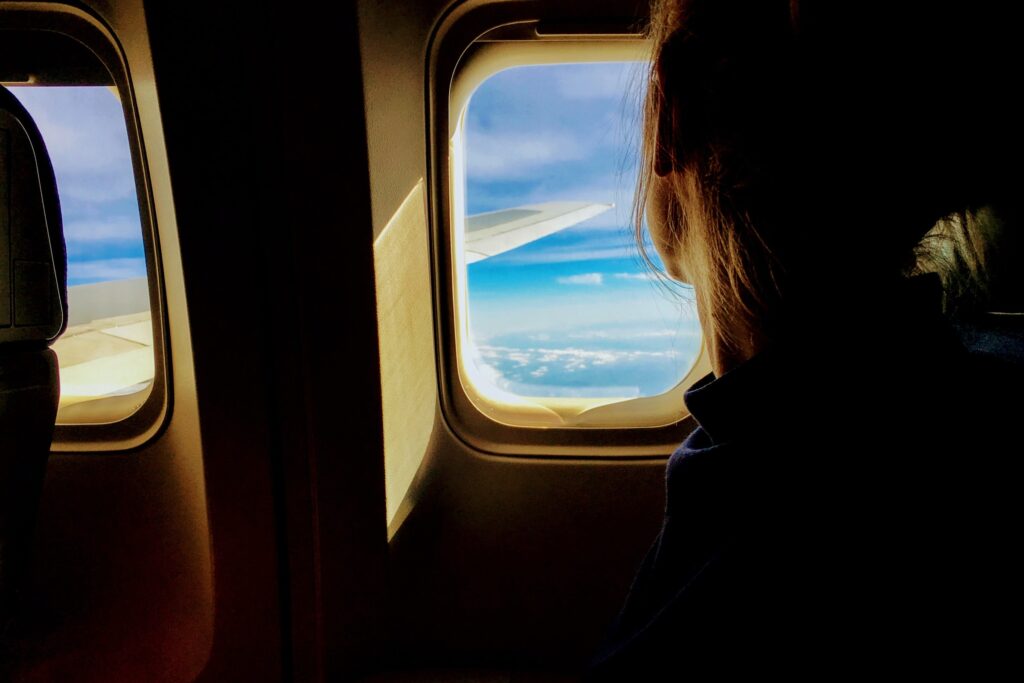 Breakfast and transfer to the airport for Istanbul. Arrival to Istanbul after 2 hours of flight. End of our services. Possibility of extending your stay in Istanbul. Meals: B
Read More
error: Alert: Content is protected !!