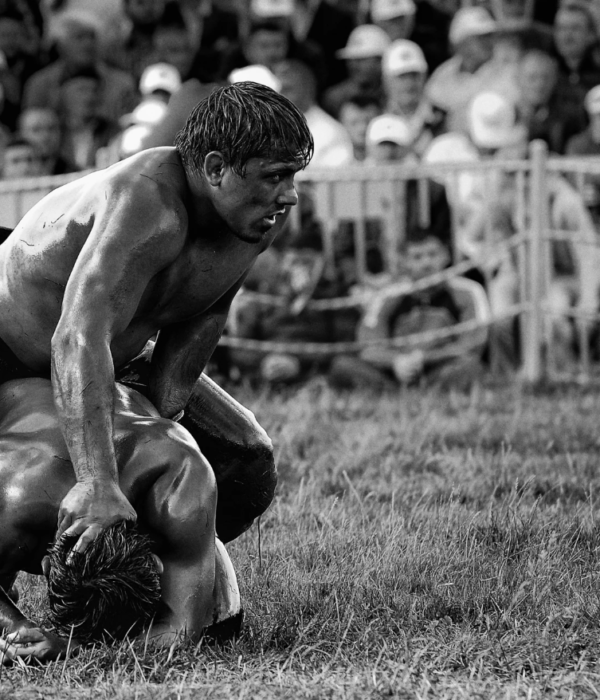 Extract from a report by Jean-Laurent Bodinier and Maxime Liogier (production Cargo Culte) In Elmali, in the south of the country, Ali, 23 years old, a nice guy of about 2 meters and 120 kilos, continues the family tradition: at the Gurbuz, we are champion of the fight against oil, from father to son. With a few details, the competitions take place as in the year 1350 in ancient Thrace. The young fighters, oiled from head to foot and dressed only in their buffalo skin shorts, could be soldiers of Sultan Suleyman Pasha. The gestures have not changed, the fervor is intact, only the death of the wrestler no longer designates the winner! A discipline that still dreams the generation of Rambo, 12, who has just lost his first fight, but who hopes to become one day the successor of Ali, invincible in recent years. Read more on oil wrestling.