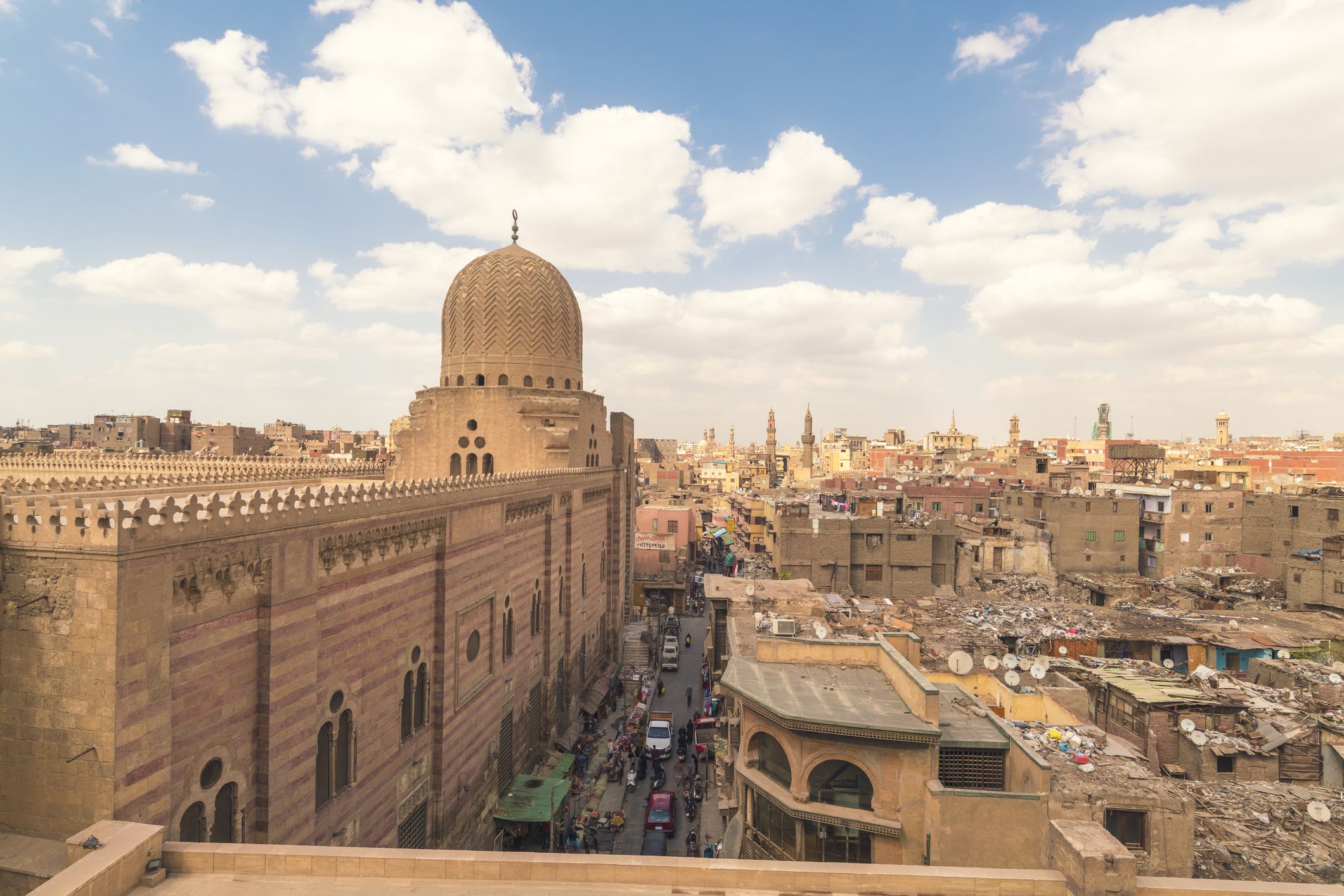 Cairo Travel Guide – Larger than any other city in the Middle East or Africa, Cairo stretches ever further along the east bank of the Nile for more than 35km (20 miles), guarding the head of the Delta and marking the division between Upper and Lower Egypt (Lower Egypt being the Delta in the north, as the Nile flows from south to north). Across the river is Giza, home to the Pyramids, technically a separate administrative district, but part of the same urban agglomeration as Cairo. In the river between Cairo and Giza are two islands: Roadah, formed out of bed-rock, which has been the site of human settlement since ancient times, and Gazirah, formed alluvially within the past six centuries, where the suburb of Zamalik has grown up since 1870.While Cairo seems to be one vast urban sprawl, if you break it down into its neighborhoods it is in fact quite manageable. Downtown is the center for business, the Egyptian Museum and five-star tourist hotels along the Nile. To the east lie the labyrinthine roads of Islamic Cairo, with beautiful mosques and many architectural gems. To the south is where you will find the Coptic community and Cairo’s oldest synagogue, while to the west is cosmopolitan Zamalik, home to the fashion-conscious with trendy cafés, restaurants, boutiques and clubs. After almost a decade of political turmoil, visitors are finally returning to Egypt. Hotels are full, boat trips along the Nile require a waitlist to book once again, and the highly anticipated Grand Egyptian Museum promises to draw even more tourists when it opens its doors within the next year or so.

How to Get to Cairo

Best way is of course to use a flight. Use our search engine to search, compare and buy the best deal. 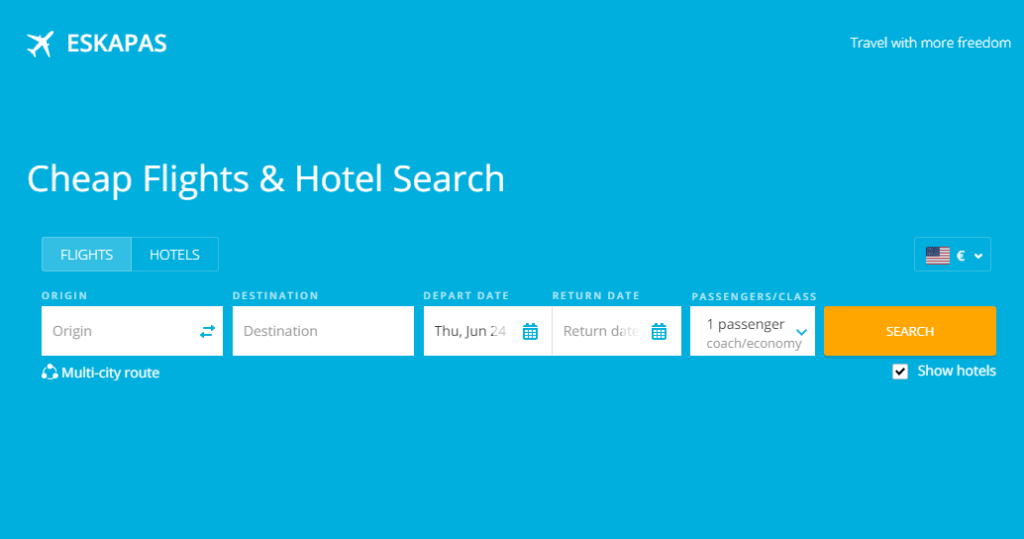 How To Get Around Cairo

Cairo’s metro system is a pretty well-oiled machine, and it’s easily the cheapest way to get around. Fares start at just three Egyptian pounds (around 17 cents) and increase depending on the distance you’ve traveled to a max of seven pounds (around 40 cents). Considering the city’s notorious traffic, it can often be the fastest way to travel. Just note that you’ll have to submit your bags to an x-ray machine and pass through a metal detector before entering the stations. There are also women-only cars on each train, so pay attention to signage if you’re a female traveler and want to hop on one of them.

In many places around the world, you’re expected to haggle flat rates with cab drivers before you get in the taxi in order to secure the best fare and ensure they don’t upcharge you at the end. In Cairo, that’s not the case. Many drivers will happily accept a negotiated flat rate, but you’ll often end up paying more than what the metered fare would come out to be. Clarify with your driver that your ride will be metered before getting in the cab. Additionally, some drivers will double dip into the passenger pool and pick up multiple parties along the way, so if you flag a taxi and the car rolls up with people already inside, you can just wave the driver along. And for what it’s worth, there is Uber in Cairo, and it’s quite affordable.

Africa’s largest city can be overwhelming; the heat, dust and noise are constants, and the traffic is often at a standstill. That said, its boundless energy and extraordinary history will draw you in. Here we give a selection of Cairo’s many highlights.

Tahrir Square is now familiar as the place where thousands of people came to protest against President Mubarak’s corrupt regime. It’s also the place of great jubilation when, in June 2012, hundreds of thousands of Egyptians celebrated the results of Egypt’s first ever democratic elections, when Mohammed Mursi, head of the Muslim Brotherhood party, became president.

Created in the 19th century, the square is surrounded by an ocean of traffic, with the pink building of the Egyptian Museum to the north and the Nile Hilton (currently under renovation) on the western perimeter. Other significant buildings here include the Mosque of Umar Makram, used for funerals of important Cairenes, a Soviet-style building devoted to Egypt’s notorious bureaucracy, and the former American University in Cairo.

On the north side of Tahrir Square is the Egyptian Museum, one of the greatest museums in the world. Purpose-built in 1902, the pink neoclassical museum was designed to house the collection begun by French archaeologist Auguste Mariette in the mid-1850s. A brand-new, state-of the-art museum, named the Grand Egyptian Museum (www.gem.gov.eg), has finally commenced construction on the Giza Plateau. Costing over £320 million, it will house, among other things, the collection’s masterpieces, but is not billed to open before 2014.

The Museum of Islamic Art is about a mile east of Tahrir Square. The collection, dating from the 1880s, was mostly salvaged from mosques, madrasahs and palaces in Cairo’s Old City, and is considered one of Islamic art’s finest. Exhibits are well presented, date from the 7th to 18th centuries and range from exquisitely designed swords and functioning fountains to intricate mashrabia (wooden latticework), chandeliers and a carpet.

Cairo’s marketplace, Khan al-Khalili, still buzzes with the atmosphere of a medi­eval souk. Narrow alleyways brim with copper, gold, leather and alabaster, and the streets are replete with barrow traders passionately touting for customers. If you search hard enough you can still find magnificent examples of small crafts. The area around Khan al-Khalili is one of the Middle East’s largest marketplaces, and has been so for almost a thousand years.

Home to several famous mosques, this part of the city is known popularly as ‘Islamic Cairo’ – but it is very much more. For centuries the seat of Egypt’s rulers, and a major outpost of many Islamic empires, it contains some of the finest architecture in the Muslim world. The architecture lining the streets of Islamic Cairo features exquisite stone carving, delicate woodwork, copper and brasswork and ceramic tiling. Among the many superb buildings that remain from this period are mosques, madrassas (religious schools), khans and bayts (private homes).

Of particular note is the Qalawun, al-Nasir Mohammed and Barquq Mosque Complex, ­situated on Sharia al-Muizz li-Din Allah, which was the main artery of Fatimid Cairo. Started in 1285, its long facade is an architectural jewel. The mausoleum of the Mamluk sultan al-Mansur Qalawun, who died in 1290, is at the heart of the complex, surrounded by beautiful Islamic fretwork screens and surmounted by a superb dome. Don’t miss the views from the terrace opposite the entrance to the mosque.

This museum contains outstanding Islamic and European furniture, arts and handicrafts. The English major and army doctor John Gayer-Anderson served as physician to the royal household from 1935–42, and was an avid collector of oriental furniture, paintings and objects d’art. He also lovingly restored and joined together the two 16th-century buildings that house the collection, and ‘themed’ them in different oriental styles from Damascene and Moorish to Persian.

The street Maydan Salah ad-Din is lined with grand mosques, the most beautiful of which is the splendid Madrassa of Sultan Hasan, a masterpiece from 1362. Four separate schools are arranged around its large central courtyard, each with its own portal and inner courtyard. The minaret on the southwest corner is the tallest in Cairo at 81m (265ft).

With over 850 listed monuments packed into a few square kilometers, medieval Cairo is one of the most heritage-rich enclaves in the world. For many, it is Cairo’s most fascinating quarter and a world away from the modern downtown area.Centred on medieval Cairo’s principal thoroughfare, Shari‘ Al Mu‘ez Li Dinillah, a walk here will take you back in time. Like market-goers for millennia, you still need to dodge the donkey-carts clattering down the alleyways. In the souks, the smell of pungent spices and cooking food still tickles your nose, and the air is filled with the cries and banter of the jellaba-clad vendors.

Extending from the old gate of Bab Zowaylah in the south to Bab Al Futuh in the north, Al Qahirah, as it’s known in Arabic, is as well preserved atmospherically as it is architecturally, and is quite simply one of the finest medieval cities in the world.

Coptic Cairo is one of the city’s hidden jewels. Though small, the quarter contains several precious churches, an absorbing museum, Egypt’s oldest synagogue and its first mosque. Showcasing a very different side of the city, the enclave is also atmospheric, picturesque and peaceful. Known locally as Misr Al Qadimah (Cairo the Old), Coptic Cairo is one of the oldest continuously inhabited neighborhoods in the city, with settlements dating back to the 6th century BC. In the 2nd century BC, the Romans chose it as the site of a fortress known as ‘Babylon-in-Egypt’. As the name indicates, the area was once the center of a large and flourishing Christian community, including a 13th-century icon ‘factory’ and at least two dozen churches that were much visited by medieval pilgrims. Today, just a cluster remains.

This collection covers all aspects of Coptic art and worship, from vestments, tapestries, early handwritten Bibles and painted icons, to ornate stone niches and wood-carved ceilings taken from churches and monasteries all over Egypt. These artefacts illustrate beautifully the development from Ancient Egyptian to Christian art.

More about the Coptic Christians…

The Coptic church was established in the early years of Christianity, and today almost 10 percent of Egyptians are Copt. Defined as ‘Egyptian Christians’, the Copts boast both direct descent from the Ancient Egyptians and one of the earliest adoptions of Christianity.

Egyptian Christians separated from the Orthodox Church of the Byzantine Empire in 451, following a dispute over Christ’s nature (the Copts believe Christ is monophysite – wholly divine – not both human and divine). Copts contributed invaluably to the development of early Christian doctrine and theology, and are also credited with the creation of monasticism. Today, the Copts are particularly known for forming two major social groups: an educated elite, often wealthy and influential, and some of Egypt’s poorest members of society including the zabbaleen, Cairo’s rubbish collectors. 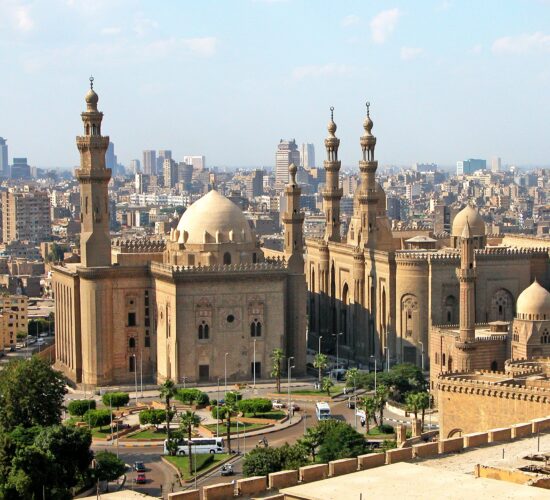