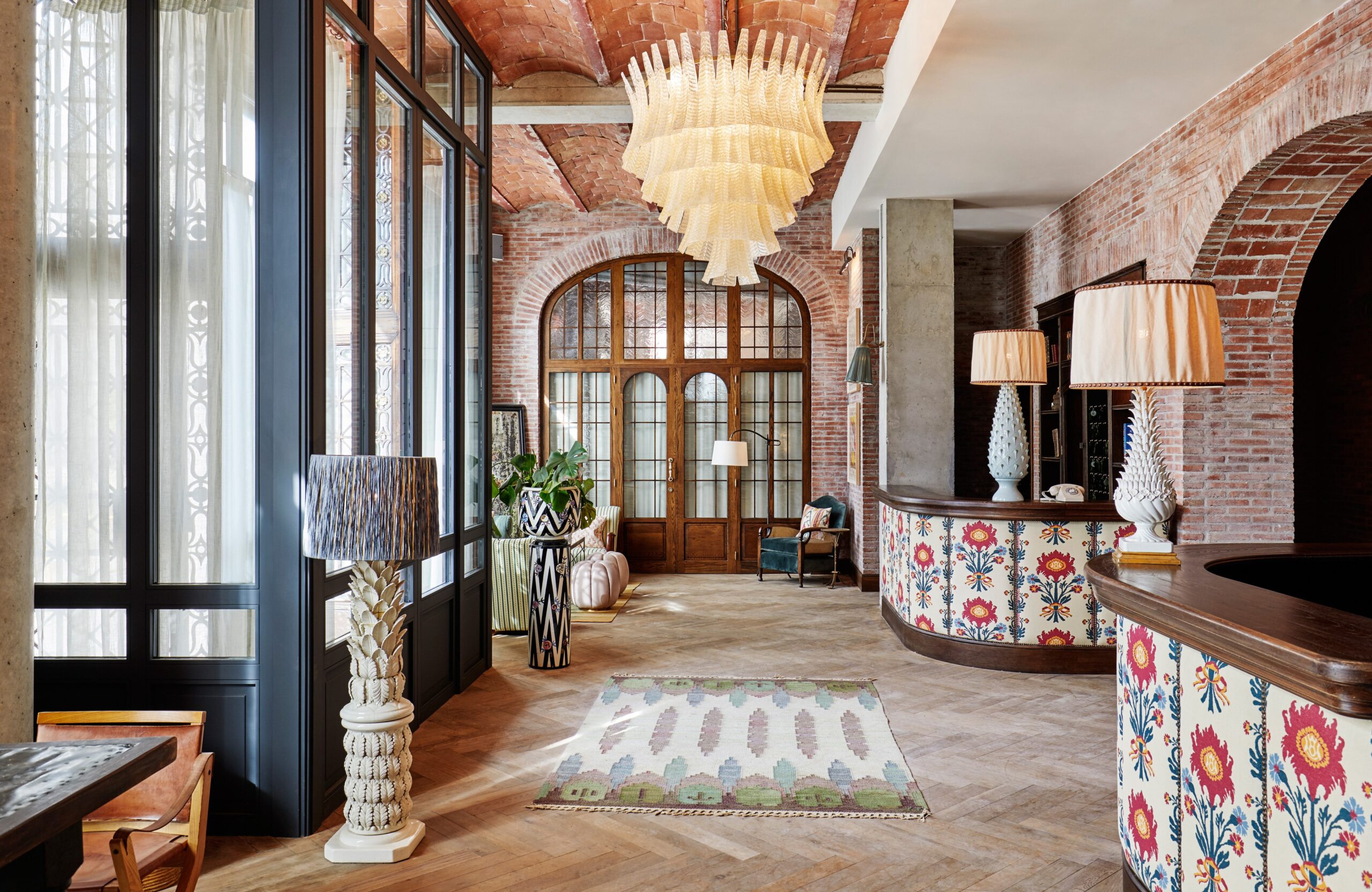 Best Boutique Hotels in Barcelona – Barcelona is such a unique destination with so much going for it. The architecture is the stuff of dreams, the foodie scene is world renowned, you’re under the sun, right by the beach and the bright blue Mediterranean and there’s always something on. 24 hours a day. So while it’s great to see this city any way you can, it’s particularly nice to see this city in style and comfort, and that’s why a list of the best boutique hotels in Barcelona might be useful.

In a great, central location, the Hotel Granvia is a newly-refurbished and now palatial property. There are 58 contemporary rooms, a gorgeous terrace and plenty to see and do just outside the hotel’s doors.

Interior designer Lázaro Rosa-Violán has worked his magic over the Cotton House Hotel, combining the grace of the original building (the former headquarters of the city’s cotton guild) with modern artworks and bold colors. The result really is fabulous.

Hotel Neri is a delightful little place to lay your head with only 22 rooms. It’s housed in a 17th-century mansion and what it lacks in facilities (no pool, no gym) it makes up for in style and location – just next to the cathedral, it could not be more central. Its terrace on an atmospheric little square and its leafy rooftop bar are extra pluses.

The Hotel Casa Fuster is a gorgeous hotel with decadent interiors and a perfect location in the heart of town. Rooms are spacious, there’s lovely rooftop pool, plus a Viennese cafe, Mediterranean restaurant, a jazz club and a popular bar.

With 125 rooms, El Palace might be a bit too big for some people’s classification of a boutique hotel, but if you focus on the decor and the atmosphere then it certainly qualifies. The hotel dates from the 1920s, which is also where the decor puts it, with elegant chandeliers, plenty of art and objets d’art, but there’s also a luxurious modern spa and all the state-of-the-art technology you might need. Plus a Michelin starred restaurant.

If you’re looking for a small property, then the Hotel DO Placa Reial is for you. It has just 16 charming rooms and suites, with parquet floors, four poster beds and private terraces – some with pools. It also has a choice of two excellent restaurants.

The five star Ohla Hotel has been converted from a beautiful Gothic building, but inside it’s quite modernist in style. There are 74 light-filled rooms, a rooftop terrace pool and bar – with stunning views over the city, a spa and a Michelin starred restaurant.

The Serras is a fantastic five star hotel in the Gothic Quarter, overlooking the marina. There are 28 rooms, awash with contemporary style and chicness, and a wonderful Catalan restaurant by Michelin-starred chef Marc Gascons. This building is also where Picasso began his art career.

It’s not hard to see how the “Fabulous” rooms at the W got their name: floor-to-ceiling windows yield to jaw-dropping views of the city, the beach, and the Mediterranean beyond—some of Barcelona’s best. Add to that moody lighting, comfy beds and chaises lounges, and tricked-out bathrooms, and it’s no wonder some guests hardly ever leave the room. (But if you do, there’s plenty more in store.)

Almanac remains one Barcelona’s hottest new hotels, having only just opened its doors in late 2017, and it really shows: Everything is shiny, modern, and brand spanking new, from the smartphone-controlled lights to the sauna and rooftop dipping pool. Ask for one of the Cube rooms with giant windows overlooking Gran Via, one of Barcelona’s main thoroughfares—don’t worry, the soundproofing here is solid.

Young, trendy city folk come to the new Yurbban Passage for a great deal, yes, but also for the comfortable accommodations, rooftop bar and plunge pool, magnificent views, and peaceful spa, complete with massage jets and two luxe treatment rooms. D’Aprop, the in-house restaurant, is definitely worth stopping in for innovative Catalonian cuisine with international twists.

Find genuine service, great food, and surprisingly spacious quarters at this centrally located five-star gem. Tech is a priority here, with free in-room smartphones offering complimentary calls and internet access, and bedside controls to open and close the blinds and activate the do-not-disturb sign. And all rooms include access to the swanky Despacio spa, where you can slow down and relax after a day of urban exploration.

Hotel Brummell is located in a largely residential neighborhood, which gives a distinctly authentic feel to the place. From the urban design of the lobby to the locals sipping café con leche on the window bench, this is Barcelona through and through. The crowd here is largely fit and wellness-focused, and they come for complimentary yoga, a running club, and bikes (free to borrow for guests who booked online). After working up a sweat, relax in the plunge pool on the roof terrace.

Leave the kids (and camera) at home—the Wittmore is an adults-only oasis with a strict no-photos policy that feels more like a swanky private club than a hotel. The common spaces will make you want to check in and never leave, whether it’s by the roaring fire in the red velvet and tartan library in winter, or the sunny rooftop plunge pool come summer. Rooms are sensibly named and categorized, so you know exactly what you’re getting (from Tiny on up to XXLarge).

Join mature jet-setters and Spanish celebrities at this gorgeous hotel in a prime location on the Passeig de Gràcia. The décor here is unusual, blending pre-Columbian and ancient artifacts with modern touches like black titanium and granite. The food, drinks, and amenities (like the rooftop pool) are pretty much what you’d expect from a five-star stay in this price category, but that doesn’t make them any less fabulous.

Margot House tends to be popular with hipster, Wes Anderson types—which makes sense, since was named after a character from The Royal Tenenbaums. Designer furniture, sexy bathrooms, and the feeling that you’re in someone’s decked-out private apartment rather than a hotel, all up the coolness factor. Plus, this is one of the best deals around for those wishing to stay on the emblematic Passeig de Gràcia.
0Shares
PrevNext