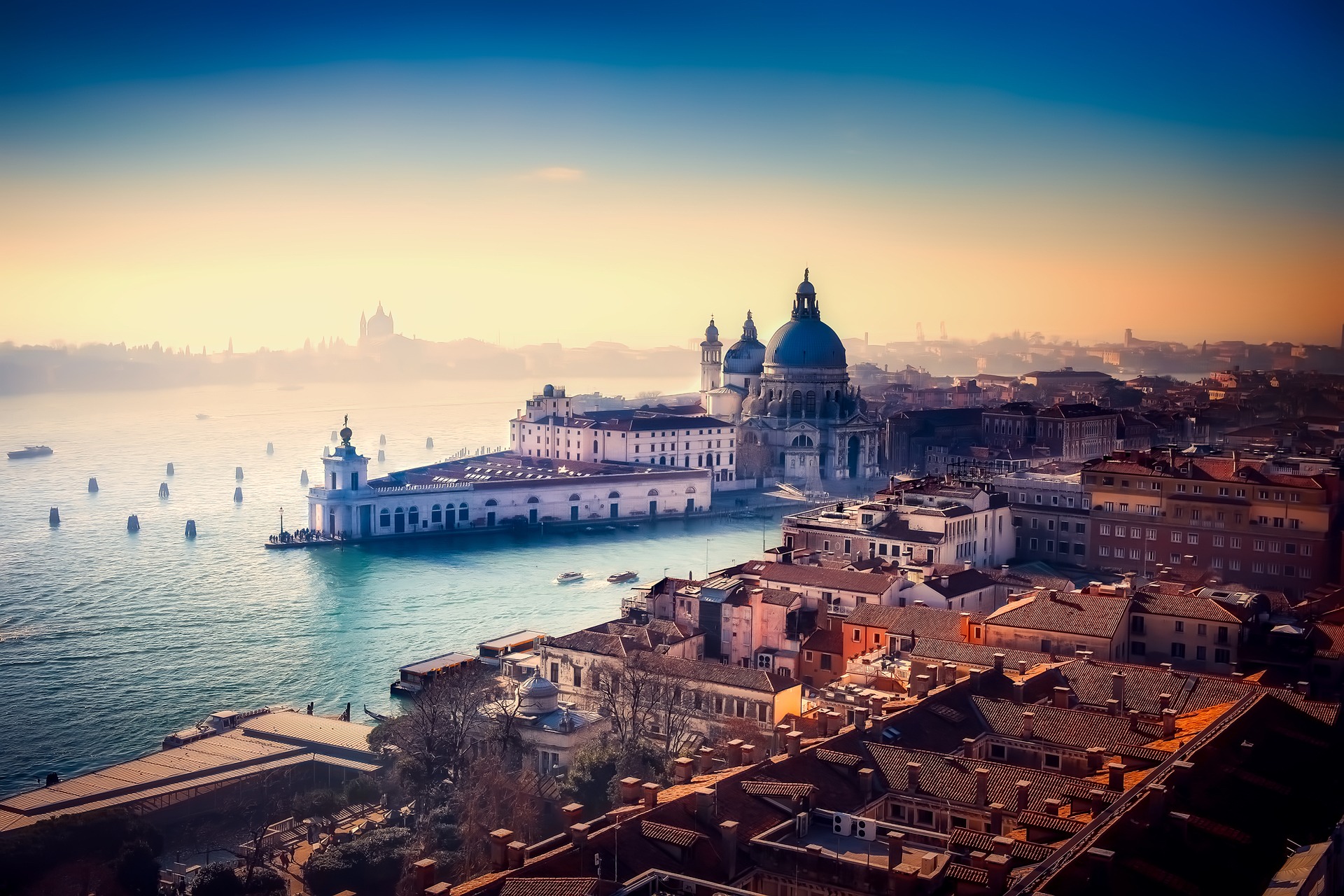 Venice Less Than 48 Hours : Does Venice need an introduction? Those iconic gondolas; the canals; the picturesque, narrow streets—they define one of the most famous places in the world. Forget about traffic and the stresses of modern life and lose yourself (for a weekend at least) in La Serenissima. Although the buildings in Venice have changed little over the centuries, La Serenissima is quickly changing. This has always been a city of artisans, but there’s a new breed of entrepreneurs turning Murano glass into fiercely modern jewelry, updating traditional bacari (taverns) as slick wine bars, and forming cooperatives to make everything from clothing to organic skincare. Our 48-hour guide will help you make the most of your trip here.

For a place so visibly tethered to its past, Venice is having a mini renaissance. Few places can lay claim to such a spectacular natural setting, untainted architectural heritage, or jaw-dropping main drag in the Grand Canal. Venice’s museums are world class; its 141 churches are galleries in themselves. Other incredible sights include the Gothic Doge’s Palace, perched defiantly on the edge of the encroaching lagoon; and the Basilica of San Marco, which glows with Byzantine gold mosaics. Even the most seasoned visitors get lost in the city’s labyrinthine network of islands, bridges, pedestrian alleys, and canals. And therein lies the beauty of the destination: afternoons spent wandering from palace to piazza, exploring the small art museums, shopping the stalls that line the streets, and encountering a fresh side of Venice, a fascinating amalgamation of influences—Roman, Byzantine, Ottoman, and Italian—around every corner.

Start your weekend in Venice in the biggest neighborhood of the city: Cannaregio. Head to the Oratorio dei Crociferi, a hidden gem across from the Jesuit church I Gesuiti. This small prayer hall dates to the 11th and 12th centuries and features late Renaissance paintings by famous local artist Jacopo Palma il Giovane. Stroll to the Misericordia area and stop in Campo dell’Abbazia, which still has its original red brick paving. Lining the square are a 10th-century church, the Abbazia della Misericordia, and the 14th-century Scuola Vecchia Della Misericordi building. Take in your first Venetian sunset with a ride on a traditional sandolo boat, smaller and lighter than a gondola. Then settle in at an outside table at a restaurant that catches your eye, order a spritz (an aperitif invented here in the 1800s), and feast on a dinner of fresh seafood.

Morning: Get an early start and head to iconic St. Mark’s Square first thing. Many tourists will arrive here later and you can enjoy the calm piazza, the heart of the city, before the big invasion. A short walk brings you to the Ponte dei Sospiri (Bridge of Sighs), which connects the prison to the doge’s palace. From this enclosed walkway, condemned men saw one last glimpse of Venice—eliciting sighs—before being imprisoned. Stop in at one of the oldest pastry shops in the city, Rosa Salva, right behind the square for breakfast or a treat to eat later. Try the local cornmeal cookies called zaleti (also good as a souvenir to take home), the tiramisu, or decadent chocolate cream puffs called bigné.

In a small plaza tucked into narrow alleys is a hidden gem: the Scala del Bovolo. This unique 15th-century staircase spirals up the outside of a palazzo and offers, at the top of its 80 winding steps, fantastic views of the city. Stroll toward Rialto Bridge, one of the four bridges that cross the Grand Canal. The Rialto is the oldest; it was originally built in the 12th century, then rebuilt several times. The current bridge was finished in 1591. Cross it—stopping to take in the view, of course—and explore the humming fish market on the other side, with its chaotic and colorful atmosphere. Head over to the Basilica di Santa Maria Gloriosa dei Frari, an Italian Gothic church whose unassuming exterior belies its soaring, lovely interior. Notice the little white signs on the walls that mark the height reached by water during a devastating flood. Above the altar is the massive Assumption of the Virgin, painted in 1515-18 by Renaissance artist Titian, who is buried here. There’s also a triptych by hometown artist Giovanni Bellini, namesake of the cocktail.

Afternoon: Walk down to sunny Campo Santa Margherita (campos are public squares) and look for an outside seat at one of the many bars or cafes. Order a tramezzino, a crustless triangular sandwich with a variety of fillings, and people watch. After lunch, stroll through the Dorsoduro sestiere, or neighborhood. Make your way to the 16th-century San Sebastiano church, one of Venice’s five “votive churches,” each built in thanksgiving after the city survived outbreaks of plague. Inside are masterpieces by Venetian painter Paolo Veronese. Head over the Squero di San Trovaso boatyard and see how gondolas are built and repaired by local artisans. Book (in advance) a visit inside the squero or just watch the goings-on from outside. Before heading back over the Grand Canal (this time on a gondola ferry or traghetto), stop in at the Gallerie dell’Accademia museum, which houses works by Titian, Tintoretto, and others, as well as da Vinci’s iconic Vitruvian Man.

Evening: Enjoy the sunset with an aperitif and cicchetti, small dishes similar to tapas, at a bacaro wine bar. Afterward, go for a stroll until the delicious aromas wafting from the many ristoranti pull you into one for dinner.

Morning: Start your last day in Venice with an early walk over to the Castello area, from Via Garibaldi to San Pietro di Castello. Take in the sights, sounds, and smells (fresh laundry is hung from windows) as this Venetian neighborhood comes to life.  Head over the Libreria Acqua Alta, one of the most picturesque places in the city. The bookshop’s owner piles his many, many tomes in bathtubs, bins, and even a gondola to protect them from the periodical flooding called acqua alta—high water. Have lunch in Santi Giovanni e Paolo square. Try polpette (fried meatballs) or the pizzette (small pizzas with olives or anchovies).  Lastly, take the vaporetto, a Venetian water bus, to San Giorgio Island from the San Zaccaria station to visit the brilliant-white San Giorgio Maggiore church. Climb up to the campanile (there’s also an elevator) and take in one last sweeping view of La Serenissima