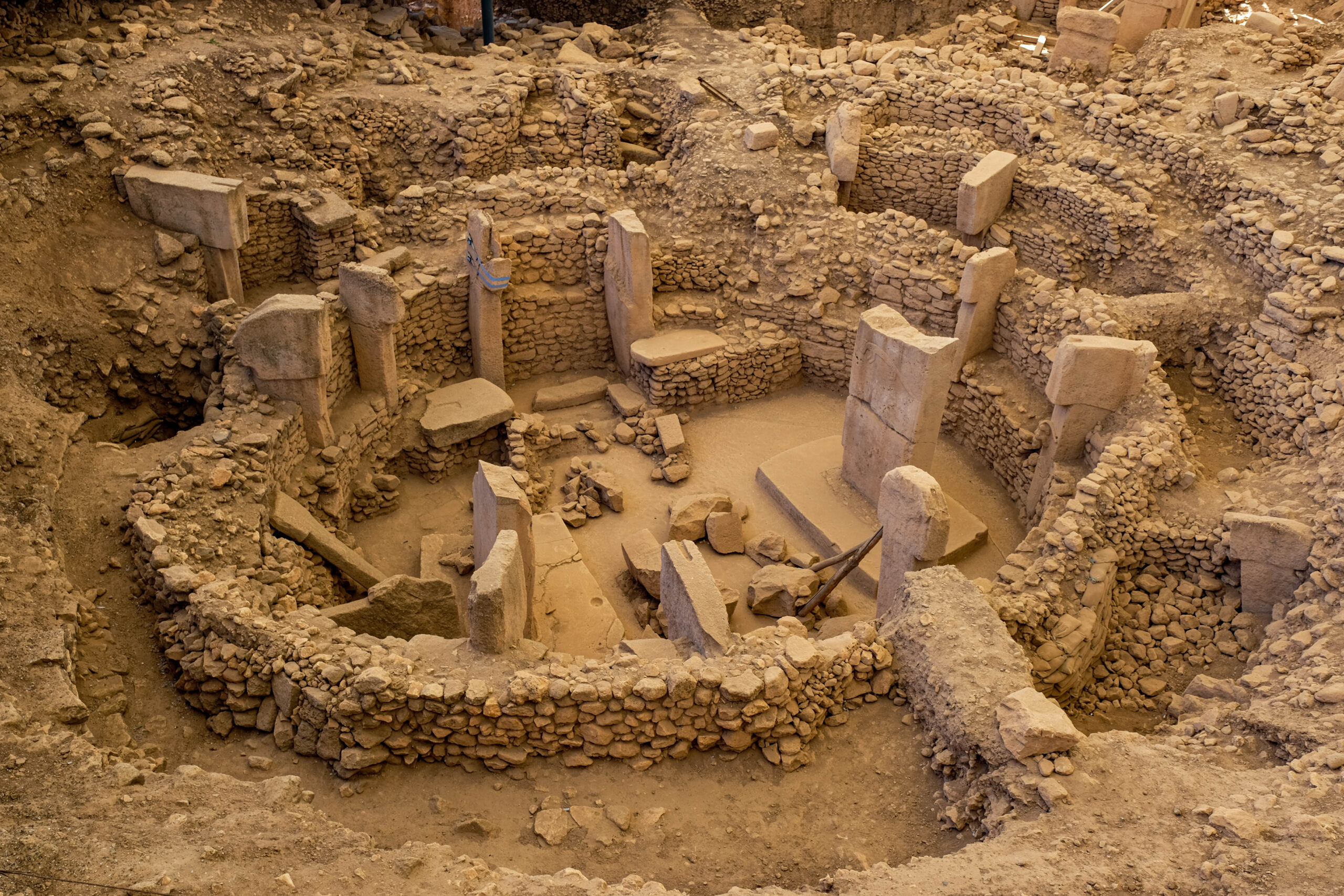 How to Visit Göbeklitepe?

How to Visit Göbeklitepe? – Located in Şanlıurfa, Göbeklitepe, which translates into English as “Pot Belly Hill,” is considered to be the oldest and largest known temple in history. The site, which consists of carved T-shaped mammoth columns and heavy stones, is just one example of an installation, however there are anticipated to be at least 20 more as only approximately 5 percent of the entire site has been excavated up until now. Albeit just a small portion of what will be uncovered in the future, among the findings are reliefs of animal figures such as lions, snakes and ducks that are leagues ahead of their time and reveal that humans had systemic meetings as hunters.

Turkey Göbeklitepe was included in the Unesco World Heritage list in 2018.  It is located in Sanliurfa city, in Eastern Turkey. It is believed that the first prophet of the three great monotheistic religions, Prophet Abraham, was born here 4000 years ago. These fertile lands located between Tigris and Euphrates rivers are as old as human history. The Anatolian lands, which host countless civilizations, are 7-thousand years older than the Egyptian pyramids and 6 thousand years older than the Stonehedge in England. Turkey Temple Göbeklitepe, which changed all known human history with its 11,500 years of history, took the title of the oldest temple in the world from Stone Edge.

Göbeklitepe, which has made a great impact since its discovery, has rewritten the entire history of humanity.

Göbeklitepe was first excavated by the famous German archaeologist Klaus Schmidt between 1995 and 2014. The German archaeologist stated that the area covered 90 thousand square meters in his studies with underground radar to understand the true size of the area. This is about the size of 90 football fields.

During his initial excavations with his team, Klaus Schmidt found a series of relief columns weighing 11 tons. Columns are built with stone walls about 3 meters high. In the middle, there are 2 huge T-shaped obelisks, 5.5 meters high and 16 tons in weight. Animal reliefs carved into columns are thought to be the guards of the obelisks here. The giant obelisk in T shape is thought to be a human depiction.

When viewed from the profile, the head and body are depicted in a T shape, and the arms and hands are drawn on the pillars. Belt figures are embroidered with fox skin on the waist. But their faces are not depicted. So it seems that the depiction here is apparently human, but in reality, a humorous life is displayed.

So it suggests that these pillars might be the first gods in human history. The obelisks were built on a large piece of rock. Stone columns are placed in hollows that have been cut 10 cm. Before the large pieces were transported here, they were shaped by granite stones from kilometers away and then shoveled on land and erected on the hill. Studies show that 50 men may be enough to carry these huge columns.

In Göbeklitepe excavations, many animal bones were found (such as gazelle, wild sheep, wild boar). The fact that the bones belong to wild animals shows us that these people lived by foraging and hunting. This means a pre-agricultural society. Those who contribute to the temple were not farmers, but gatherer and hunter societies. While these societies initially shared their food with their immediate surroundings, over time they had to share and live in harmony with the wider public. This has revealed the moral rules and the need for trust.

There was a need for a formation that would hold these different communities together. People started to organize ceremonies and showed that they belong to this group with their participation. Thanks to this, many profession groups have come together. They started to see each other’s work and live in accordance with moral rules. Many bone fragments found in Göbeklitepe show that religious ceremonies were held here. Animals in nature were domesticated and cultivated in order to meet the food offered in ceremonies. Means that one of the biggest reasons for the end of the stone age is beliefs.

Luckily, Göbeklitepe is now easily accessible for visitors and there is no better time to go and visit this exceptional site. Furthermore, its gateway, the city of Şanlıurfa, is just an added bonus to the experience. Meaning the “Prophet’s City” in English, Şanlıurfa is referred to in ancient times as Edessa, and is situated around the holy lake of Balıklıgöl. This is an area of immense significance for a variety of religions as this lake is considered to be the place where Abraham was thrown into the fire by Nimrod. Referred to in Turkish as Ibrahim, this was the same prophet willing to sacrifice his son for Allah, giving significance to the Qurban Bayram, or Feast of the Sacrifice (also known as Eid al-Adha), commemorated by Muslims every year.