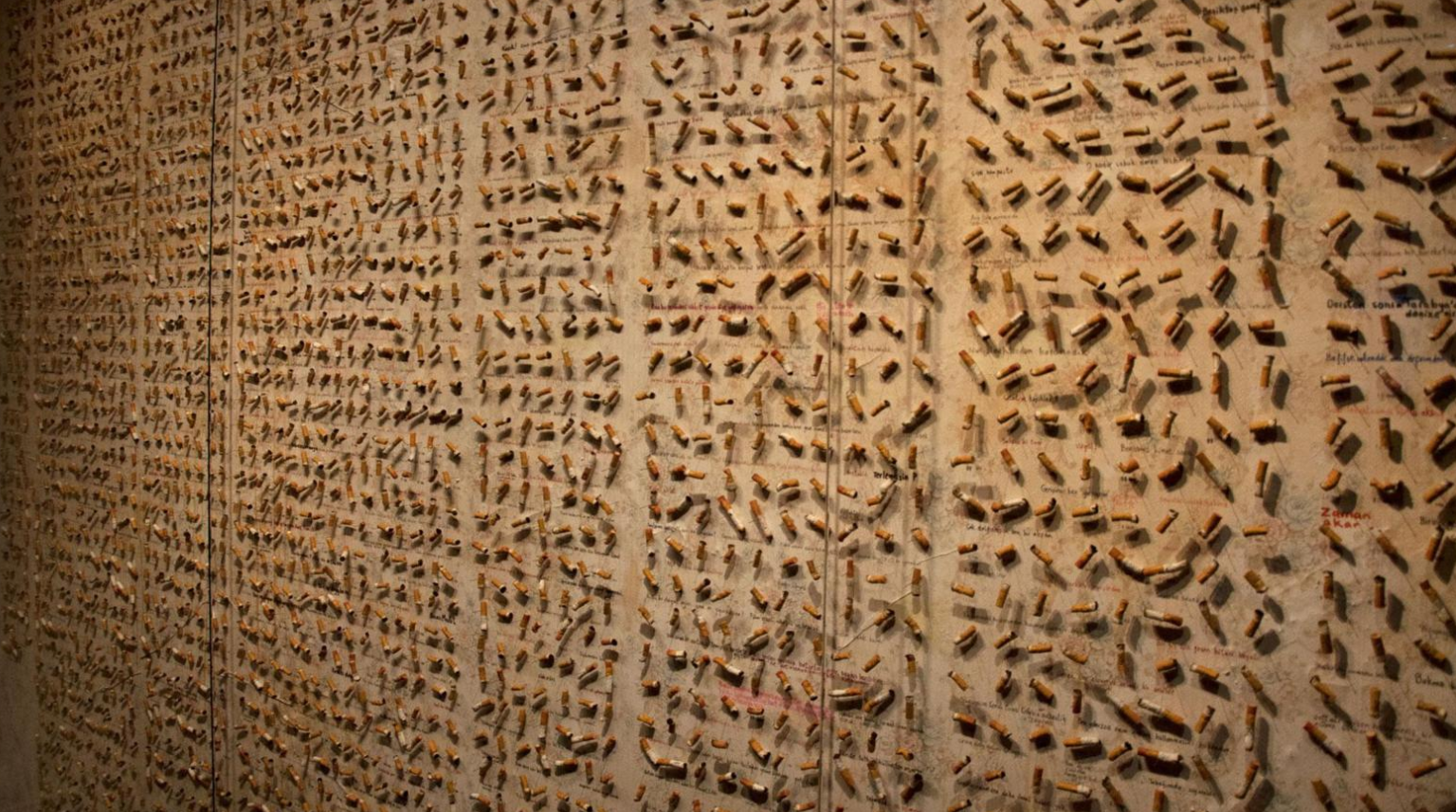 The most creative idea of Turkey : The Museum of Innocence

The Museum of Innocence (Directions) – the Museum of the Year in Europe – is a museum-based, museum-based museum where objects of the protagonist’s obsession come to life.
The Museum of Innocence is perhaps the most daring project of Turkey’s most daring living author. Awarded the title of European Museum of the Year in May 2014, the Museum of Innocence is a museum based on a novel, based on a museum. All share the same name. And all mingle with the life and culture of Istanbul in the second half of the 20th century. In the mid-1990s, even before Orhan Pamuk, the creator of the concept, author and curator, was awarded the Nobel Prize for Literature for his novels, including My Name Is Red of 1998 and Snow of 2002, he entered into a secret project. As we all know, Istanbul has many different tourist attractions. As locals, we all like to explore secret places (you know, this is our motto!). Museum of Innocence may not be such a secret place and can be classified a bit popular, however, this is different than the other museums in Istanbul.  He collected objects, the kinds of daily flotsam and jetsam that marked Istanbul in the second half of the twentieth century: salt shakers, old photographs, a quince grater. But he assembled more than a collection … Great!

Pamuk started collecting his objects in the mid-90s. In 2002, while still collecting, he started working on a novel linking these objects to fictional protagonists. At the same time, he dreamed of creating a museum to present the same objects, even if he admitted at first that it sounded as if he had “lost the plot”: “In the beginning, whenever someone asked me what I was going to do it. to do with the stuff that I accumulated, I was unable to answer them. “I’m going to build a museum and his catalog will be a novel”, seemed an overly ambitious answer, “he writes.” His strangeness, his quirkiness and the difficulty of making it frighten me. “But, of course, he achieved its goal Published in 2008, the Museum of Innocence was Pamuk’s first novel after receiving the Nobel Prize in 2006. Tragic tale of gender inequalities and class inequalities, the novel describes the protagonist’s fixation , Kemal, about a young woman named Füsun – an obsession leads her to collect all the possible objects she is associated with, and the museum itself opened to the public four years later, in 2012.

Kemal uses these objects to form the core of a real museum, and plays an important role at the end of the novel, and hires an old acquaintance, the writer Orhan Pamuk, to write his story. And, for an even smarter trick – and the reason, beyond creative lucidity, that the museum has received such recognition from the academic community – the objects of Füsun and Kemal provide a view of the 20th Turkey century.

The novel is generally about Kemal’s big love (can be named as sick addiction) as well, however, we really like Orhan Pamuk’s depictions about:

There are many things we want to talk about the novel, however, when you visit the museum, you will definitely understand Kemal’s big love (obsessed) to Fusun

Who is Orhan Pamuk?

Orhan Pamuk was born in Istanbul in 1952. He grew up in an upper-class family while you can understand this in his books. He left studying architecture after three years and graduated from the Institute of Journalism in 1976 and in this period he started writing regularly. Moreover, he spent three years in the United States where he was a visiting researcher at Columbia University. He spent most of his life in Istanbul– Turkey. Our personal opinion is that Pamuk is our favorite author when the topic is about Istanbul.

He has many famous novels. Pamuk’s important novels:

In 2006, he was awarded Nobel on literature. Read more Turkish Literature.

Layout of the Museum of Innocence

When you enter the museum, the glamour ground floor welcomes you including Pamuk’s manifesto, cigarette stubs. Going upper, you will be seeing a lot of details about different sections regarding Kemal, his family, and Fusun and her family. And, finally Kemal’s bed from Merhamet Apartment or Penthouse room. Of course, our favorite is the cigarette stubs section.. It is interesting how Pamuk created the story behind it and put every single date of these cigarettes had been smoked. This section can be the heart of the museum, we felt that this is the section that you can expect more and more about this museum. After this, you know the last words are always unforgettable. So, the last floor of the museum is pretty good. But, simply, you will enjoy from beginning till end. The museum contains every detail regarding the novel.

So, as the last words, you might be curious about it. “Visiting the museum before or after reading the novel?” We suggest the 2nd option more and it made more sense and was more pleased visiting the museum after totally understanding Kemal’s big love who is the main character.

Museum of Innocence entrance fee is 50 Turkish Liras for adults as of 2021. The discounted ticket price for students is 35 TL. Museum Pass Istanbul is not valid at the entrance of the museum. For a better museum experience you can hire audio guide for 5 Lira. You can visit the museum for free just for once if you have the novel. On the 574th page of the novel, you can find a free entry ticket for the museum and a map showing where the museum is. By making that page stamped, you can get an invitation and visit the museum for free.

Museum of Innocence opening hours are between 10:00 in the morning and 18:00 in the evening. The museum stays open until 21:00 on Fridays. Please also note that the museum is closed on Mondays. Museum of Innocence will be closed on January 1st and on the first days of Eid-ul-Fitr (locally known as Ramazan Bayrami) and Eid al-Adha (locally known as Kurban Bayrami) every year. Visiting times of museums in Istanbul may change due to events and renovations.

How to Get to Museum of Innocence?

In order to get to the Museum of Innocence, you must first come to Beyoglu. Beyoglu is one of Istanbul’s tourist districts and is home to iconic landmarks such as Taksim Square, Istiklal Street and Galata Tower. You can walk to the museum from Karakoy, Galata, Istiklal Street and Taksim Square. You can get to the museum by taxi, bus and metro from other touristic centers such as Besiktas, Sisli and Sultanahmet. In order to get to the Museum of Innocence from Sultanahmet, you can take the T1 tram to the Tophane stop and from there you can walk up the slope to the Cihangir district. If you do not want to walk uphill, you can reach Taksim Square from Kabatas with the T1 Tram – F1 Funicular connection and you can walk to the museum in 15 minutes. Those coming from the Asian Side can reach Karakoy or Kabatas by ferry. It will take only 15-20 minutes to walk from Karakoy to Cihangir, where the museum is located. From Kabatas, you can reach Taksim Square with the F1 Funicular connection and reach the museum via Istiklal Street. (directions on Google Map)

Get a Copy (English)