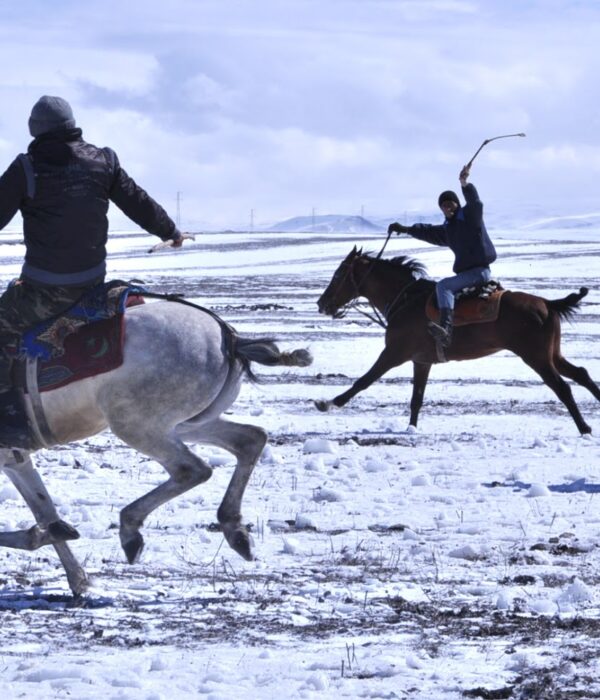 The Game of Jereed – When the Turkish people poured westwards from their Central Asian homelands in the 11th century, they came on horseback into Anatolia, the land which the poet Nazim Hikmet described as stretching like a mare’s head into the Mediterranean. The horse, which played a central role in Turkish life in the Central Asian steppes, was probably first ridden and harnessed to vehicles in the area between the Black Sea and the Caspian Sea northeast of Anatolia. The Turks brought not only their horses to Anatolia but many related aspects of their culture, one being the equestrian sport known as cirit [je-rid]. It is a means of improving equestrian skills and involves two teams of horsemen, each armed with a dried date, oak or poplar stick. These sticks are 70-100 cm in length and 2-3 cm in diameter, with blunt ends.

They were originally heavier and thicker, but to reduce the risk of injury players came to prefer sticks made of poplar wood, which become lighter when dried. The players ride horses specially trained for the sport. 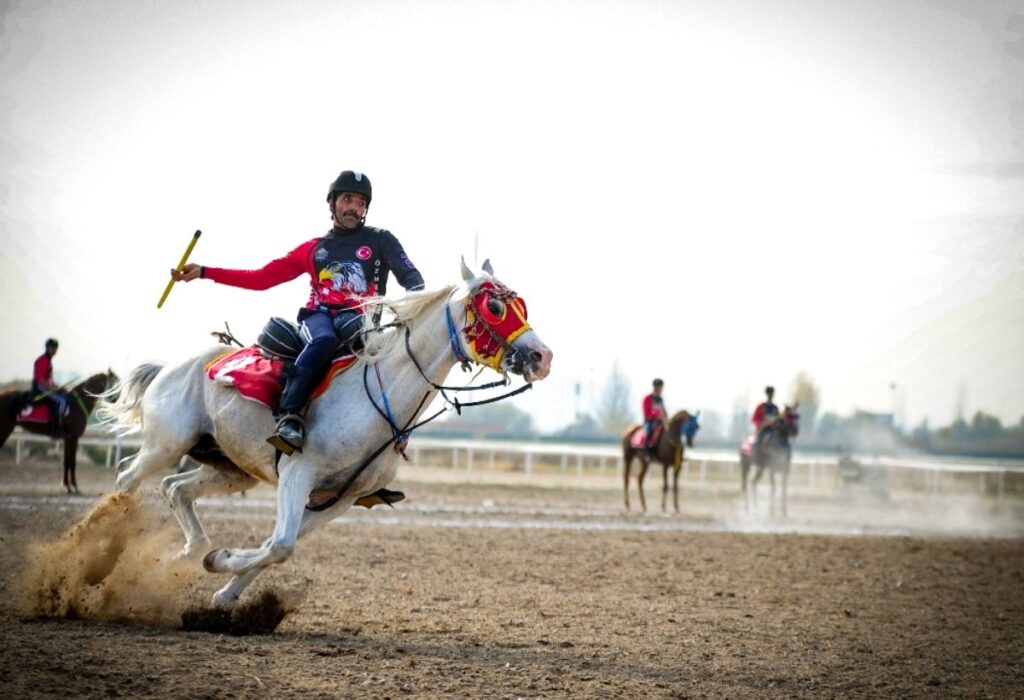 It was particularly widespread in the Ottoman Empire from the 16th century onwards, becoming the foremost martial sport. In peacetime, it was played to improve the cavalry’s attack and defense skills, and during campaigns to whip up their enthusiasm for battle. Some of the sultans are known to have been players, and early Ottoman sultans like Yildirim Bayezid (1389-1402) and Celebi Mehmed (1413-1421) attached importance to the culture in the training of their armies. A superior class of cavalrymen known as cundi was formed from those skilled at it. However, the game was not without its dangers, and injuries and even death from falls in the attempt to catch the flying cirit sticks prompted Mahmud II (1808-1839) to ban the sport altogether after he dissolved the Janissary Corps. Although playing cirit resumed before long, particularly in the provinces, it never recovered the importance of former times. Today, cirit is not as widespread as it once was but is still played as a spectator sport, primarily in Erzurum, but also in the provinces of Artvin, Kars, Bayburt, Diyarbakir, Siirt, and Konya. Folklore societies are also attempting to keep this traditional sport alive by organizing tournaments.

Jereed (javelin) is a customary sport in Turkey. It was an outdoor game on horseback in which the goal of the game is to make points by tossing a blunt wooden javelin at the rival team’s horsemen. Jereed is an essential sporting and ceremonial game that was brought from Central Asia to Anatolia for the duration of westward migration in the start of the 11th century. And in 16th century, it became as a war game by the Ottoman Turks. Then the game continued to became popular to all parts of the empire as an important Ottoman war game. It was also played to improve the cavalry attack and defense skills of the Ottoman armies. But in 1826, Mahmut II forbids Jereed for its condition as a risky game. Today, Jereed game is not as popular as it once was. It was continue to play only on the occasions of weddings and holidays. This sport is a contest that shows off bravery in all corners of Turkey. Cultural folkloric societies are attempting to keep this traditional sport alive by organizing local tournaments. This traditional game is still active in the country of Iran, Afghanistan, Turkmenistan and other Asian countries inhabited by people with Turkish origin.

The teams line up facing one another on the field, each player at a distance of about 100 meters from the next. The person who signals the start of the game is known as the cavus, and before the game, he introduces each of the players to the spectators with words of praise. Meanwhile, drums and reed pipes play military marches and Koroglu folk airs. At the beginning of the game it is traditional for the youngest rider to trot towards the opposing team, and at a distance of 10-15 meters toss his stick at one of the players. Simultaneously he turns his horse back and tries to reach the safety of his own side, pursued by the other player with a stick in his hand.

This process of chasing and fleeing, while trying to hit an opponent with a stick, is the essence of the game, which requires skill and sportsmanship. To hit the horse instead of the rider, which is regarded as the sign of an inexperienced player, is against the rules, and the offender is sent off the field.  The referees, who are former players with standing in the community, count the number of hits and at the end of the game announce the winning team. Experienced players rarely miss hitting an opponent, and are skilled at avoiding hits themselves by bending low, hanging down from one side of the horse, and other feats of acrobatics. Part of the skill lies in training the horses so that they play a significant role in the outcome of the game. The formation of the two teams has its traditional etiquette. Care is taken not to put players who are on bad terms in opposing teams, and players who display deliberately hostile behavior during a match are blacklisted.

This game really requires skills and sportsmanship. If the player hit the horse instead of the rider is against the rule and a sign of inexperienced player so the offender is automatically sent off the field. The referees of the game are also a former jereed players will count the numbers of hits and at the end of the game will declare the winning team.

After the jereed game, the organizers of the said event will host dinner and give the awards to the victorious team. In this game, if the player dies in the field, he will be deemed to lose his life in a battle as a sacrificial victim and his relatives do not take legal action against the player unless the public case is set off by court and a legal trial is done. For that reason, before the game starts if they are known aggression between the players they can be thrown out of the tournament or they can be submitted to the same team by the elder people of the locality or by the referees.

Jereed matches strike like lighting, played by riders who rush toward each other in clouds of dust, hauling wooden javelins. Jereed players are heroic figures that can be also compared to the owners of the fighting owners at least in their own way of thinking. The popularity of this game represents the determination of the Turks not to lose their renowned distinctiveness. 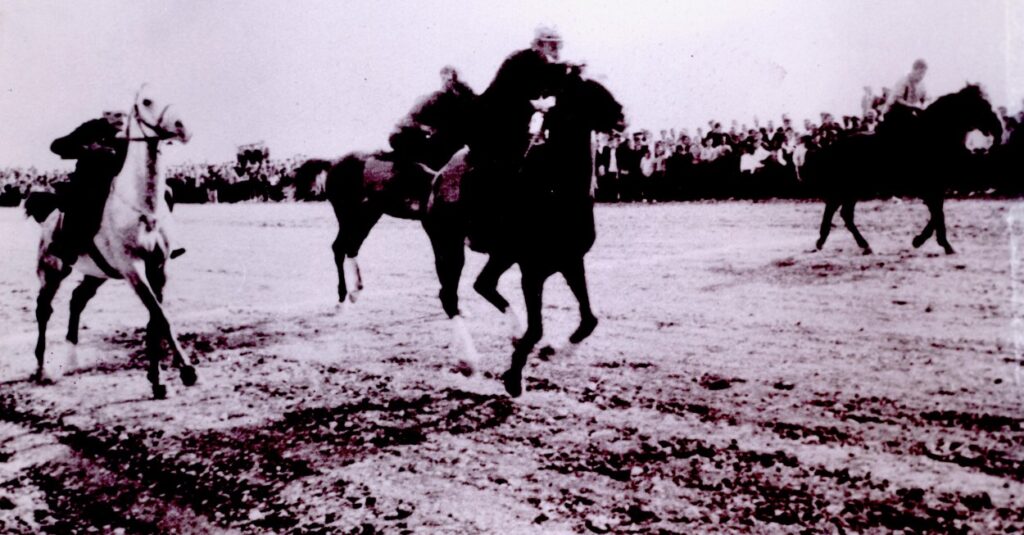 Today, rules of the game were modified and an official federation was founded and University of Erzincan began offering formal training for this kind of sports for hopeful players. Though there were those times that Turks have forgotten to ride toward the victory of Jereed, now they are learning to enjoy this game again. 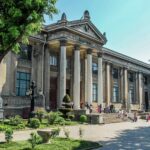 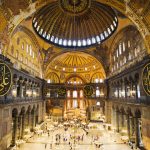 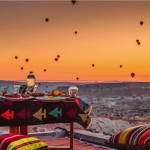 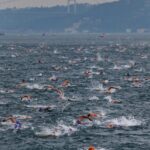 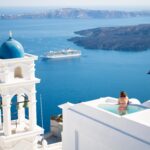