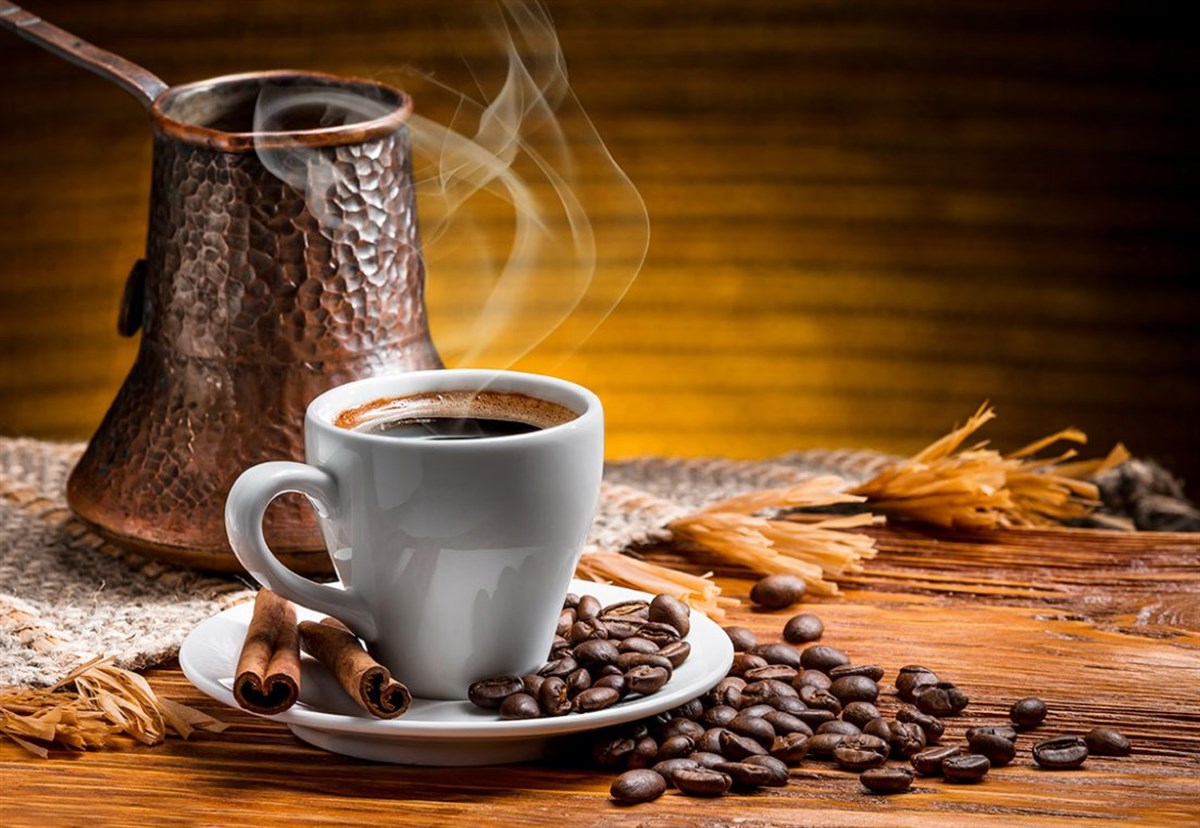 Turkish Coffee Culture : Turkish Coffee is the name given to a type of coffee whose preparation and brewing techniques were invented by the Turks. It has a unique taste, froth, aroma, brewing technique and presentation… in other words it has its own identity and tradition. The first coffee was made in the Arabian Peninsula by boiling coffee cherries. The new method invented by the Turks revealed coffee’s true flavor and peerless aroma. The Turks introduced coffee to Europe where for many years it was prepared and consumed as Turkish Coffee.

Turkish Coffee is made from high quality arabica coffee beans from Central and South America that are blended and carefully roasted, then very finely ground. The coffee is mixed with water and the desired amount of sugar and cooked in a “cezve”, or Turkish coffeepot. The coffee is served in small cups. The coffee must be left to stand for a short time after serving to allow the grounds to settle at the bottom of the cup.In contrast to other brewing methods, it is especially important that the coffee comes to a boil while brewing. The finely ground coffee is brought to a slow boil over low heat. Thanks to its strong body, delicious flavor and long-lasting aroma, a cup of steaming hot Turkish coffee is a guaranteed favorite with all coffee lovers.

Turkish coffee’s special preparation, brewing techniques, and rich communal culture made it worthy of being inscribed in 2013 into UNESCO’s Intangible Cultural Heritage List. The tradition itself has also been recognized as a symbol of hospitality and friendship, with locals meeting at coffeehouses to converse over coffee, or coffee being offered to visitors as a welcoming gesture. The beverage’s importance in social occasions was also an important factor in its inscription, with coffee being served during holidays and engagement ceremonies.

Istanbul was introduced to coffee in 1543 by Özdemir Pasha, the Ottoman Governor of Yemen, who had grown to love the drink while stationed in that country. Prepared in a cezve or “güğüm” (copper vessel) using the technique invented by the Turks, the drink became known as Turkish Coffee. The Turkish public became acquainted with coffee through the establishment of coffeehouses; the first coffeehouse opened in the district of Tahtakale in 1554 and others rapidly cropped up all over the city. Coffeehouses and coffee culture soon became an integral part of Istanbul social culture; people came here throughout the day to read books and beautiful texts, play chess and backgammon and discuss poetry and literature. As coffee became a staple in palace cuisine as well as in private homes, its consumption increased dramatically. The raw beans were roasted in pans and then ground in mortars. The coffee was then brewed in cezves and served with great care to esteemed friends. Thanks to the efforts of merchants and travelers who passed through Istanbul, and even Ottoman ambassadors, Turkish Coffee’s renown soon spread to Europe and ultimately to the whole world. In 1871, Kurukahveci Mehmet Efendi was the first company to sell roasted and ground coffee to the public.

We love coffee! Drinking coffee is a unique pleasure for Turks. A cup of Turkish coffee is endowed with a variety of important connotations for Turks: friendship, affection and sharing. This is best illustrated in the old saying: “A single cup of coffee can create a friendship that lasts for 40 years”. Turkish coffee is such an intrinsic part of Turkish culture that it has given its name to the word for breakfast, “kahvaltı”, which translates as “before coffee”, and is derived from the words “kahve” (coffee) and “altı” (before). Serving a cup of Turkish Coffee is also a way of sealing a friendship. The preparation and care taken by a host in serving Turkish Coffee to his guests is an important aspect of hospitality. In Turkey, it is traditional for a prospective bride to serve coffee to her suitor and his family when they come to ask for her hand in marriage. Accepting a cup of coffee is a source of pride to the person who offers it. This is illustrated in the Turkish expressions “his coffee can be drunk” and “I would drink a cup of your coffee”. Nothing compares to long, friendly conversation over a cup of frothy Turkish Coffee, followed by having your fortune told.

First, make sure you know how your guests want their coffee. Contrary to other coffee, you prepare Turkish coffee with the sugar already in it. You have several versions: without sugar, with very little sugar, medium sweet (1 teaspoons), and sweet (2 teaspoons). (For those wanting to order it in Turkey, the Turkish version sounds like this: şekersiz or sade, az şekerli, orta, and şekerli.)  Secondly, you will need the right tools and accessories: a cezve, which is a particular pot with a wide bottom and usually made of copper, and of course, Turkish coffee cups. Keep all your ingredients and tools at hand. You will need Turkish coffee, which is much more finely ground than regular coffee, filtered water, and sugar. The rest is easy; just take it slow, and make your Turkish coffee with love.

Love, success, money, fortune: the art of reading coffee grounds is as old as coffee itself. Coffee fortune telling was born out of Turkish Coffee and is an inseparable part of the pleasure and conversation associated with coffee. This ritual spread to Europe at the end of the 17th century when it became fashionable in Paris, from where it spread to Austria, Hungary and Germany. After the coffee is drunk the cup is placed upside down on its saucer. The person whose fortune is to be read says, “Let my fortune match my state”. After the cup has thoroughly cooled, the fortuneteller examines the patterns formed by the grounds. The aim is generally to impart good news and to promote a positive outlook on the future.