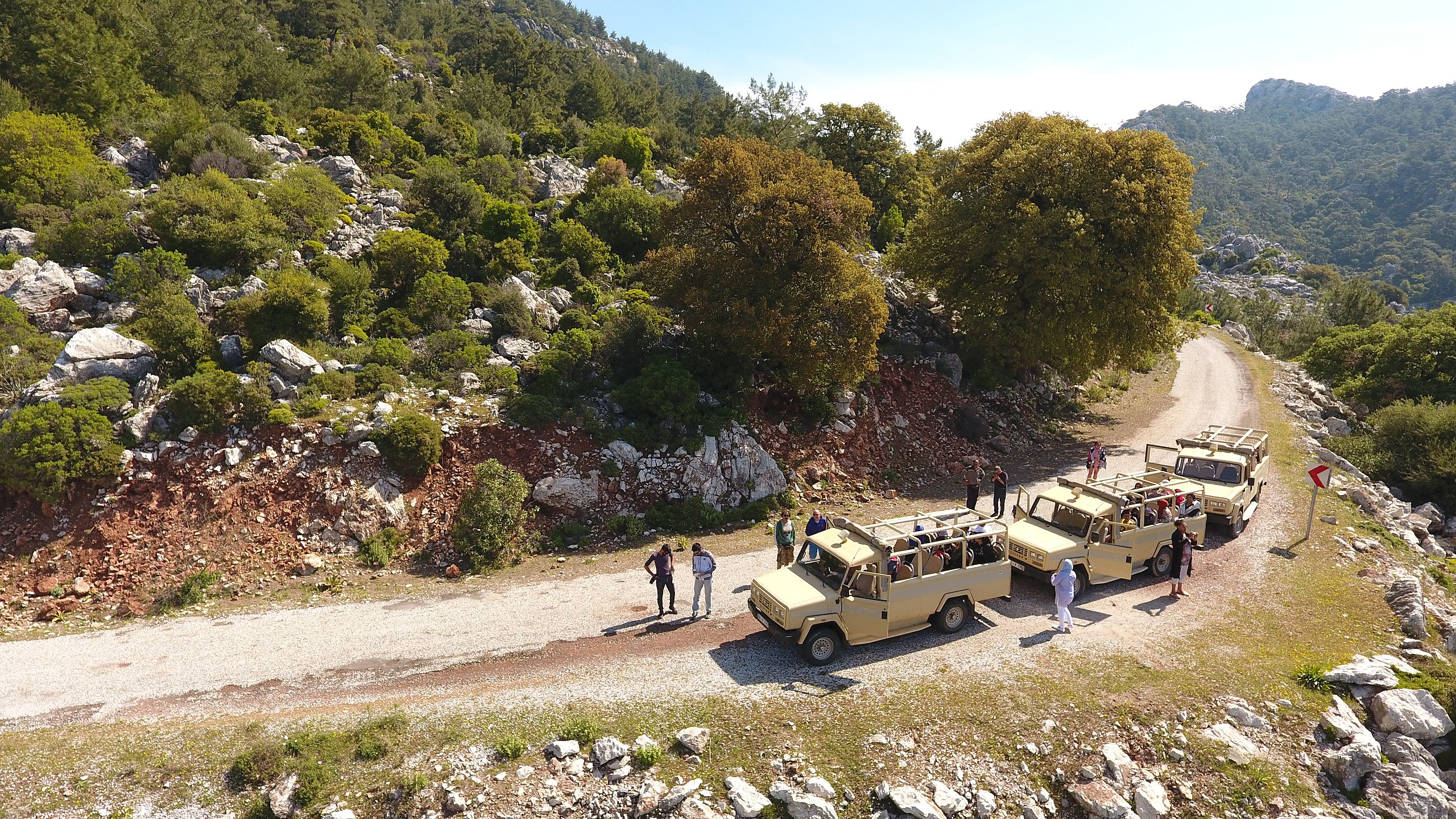 Best Things to Do in Marmaris

Best Things to Do in Marmaris – Marmaris is mostly known for its all-inclusive resort holidays, which fully focus on sun and sand. Beyond the beach, though, there are plenty of other things to do around this bustling vacation town. Stunning Marmaris Bay sits just where the Aegean and Mediterranean Seas meet and is speckled with islands and rimmed by dramatically rugged peninsulas. This makes Marmaris a popular base for yachting trips along the coast. Back on land, the classical-era ruins of Kaunos and Knidos, the Greek island of Rhodes, and many smaller historic sites, are all within easy day tripping distance from town. This makes it easy for summer sun-seekers to mix some sightseeing into their beach vacations.

At the head of a bay encircled by high wooded hills is the resort of Marmaris. To give you a sense of how much this place has taken off in the last 50 years, the population was just 3,000 in the 1960s and now swells to more than 250,000 in the summer. For good reason too, as Marmaris has pretty much all you could want from a Mediterranean holiday. There’s blissful nature at uninhabited islands, coves and pine-decked hills, but you’ve also got the heady fun of a modern resort full of bars, nightclubs and countless places to dine. There’s culture too at archaeological sites and a superb museum in town, while boats set sail from the resort’s chic marina to coastal nature reserves and remote islands.

This town was fortified as long ago as 3000 BCE, but the origins of the castle on the little peninsula between the main beach and marina are 16th-century. Marmaris Castle was reworked at this time by Suleiman the Magnificent (1494-1566) during his Rhodes campaign. That building took heavy damage from French warships in the First World War and came through a ten-year restoration in the 1980s. You have to go in for the exceptional archaeology museum, a repository for artefacts unearthed at digs all around the Marmaris and Muğla areas. There’s pottery, glassware, architectural fragments, coins, amphorae and much more, from the Hellenistic, Roman, Byzantine periods. The museum also has an ethnographic section, displaying the local crafts and ways of life during the Ottoman era.

The Greek island of Rhodes, the largest of the Dodecanese Islands, is only a one hour journey away on the daily (April to October) catamaran ferry service. Being so close, one-day return transport tickets make this Greek island one of the most popular places to visit while staying in Marmaris. With just one day, concentrate your sightseeing in Rhodes Town, where all the main tourist attractions are concentrated within easy walking distance of the port where you disembark. The UNESCO World Heritage listed walled old town is the main focus, with its cobblestone alleys and its golden-toned stone ramparts leading to the dramatic Palace of the Grand Masters.

While Marmaris has a perfectly serviceable beach, if you’re willing to travel the extra mile your reward will be the kind of beaches that photos can’t do justice. A good place to begin is İçmeler, 15 minutes around the Bay of Marmaris and walled by pine-cloaked hills. This slightly smaller resort has a fabulous 500-metre beach, tucked into a cove and with sea buffered by Keçi Island a little way offshore. İçmeler Plajı is a perennial Blue Flag beach, for its hygiene and facilities, and has mostly soft sand, a light shade of brown. The water is like a swimming pool, and just as clear, so children will be able frolic in safety.

The contrast between modern, bustling Marmaris and this gorgeous uninhabited island on the north side of the peninsula could hardly be starker. To get to Sedir Island you’ll need to make the relatively easy trip to the village of Çamlı, and from there you can make the short boat crossing. The island is often named after Cleopatra, as a legend has it that Cleopatra and Mark Antony bathed here 2000 years ago. The island can be traversed in a few minutes on foot, and in a cove on the north side is the paradisiacal Cleopatra Beach, with a big sweep of glimmering turquoise water that stays shallow for almost 100 metres. Sedir is also home to the ancient settlement of Cedrae, the remnants of which are peppered throughout the island and include an agora and theatre.

Marmaris National Park covers most of the rocky, forested coastline that rims the blue waters of Marmaris Bay, stretching eastwards from the bustle of Marmaris town. Many travelers opt to see this stretch of coast from aboard a yacht on a tour, but you can discover more of this area by heading into the park itself, inland. Jeep tours, ATV tours, and horse riding can all be arranged. The forest here is mostly red pine, oak, and plane trees. A variety of wildlife live within the park, though the mammal you’re most likely to see are wild goats. Bird-watchers should keep their eyes peeled for falcons and eagles. The most popular destination in the park is Yildiz Adası (Yildiz Island; more often referred to as Paradise Island by tour operators). Despite the name, it’s not actually not an island but rather a large peninsula that juts out prominently into Marmaris Bay. As well as its yacht marina and some resorts in the tiny settlement of Adakoy, Yildiz Adası offers plenty of panoramic vistas. Hike uphill on the rough trail from the village for swooping views across the bay. A little farther inland are the Nimara Caves, where archaeologists have found evidence of human habitation dating back 12,000 years.

One symptom of Marmaris’ high-speed regeneration is Youth Square, a plaza at the heart of the resort that took the place of a run-down building from the 20th century. What grabs your attention here, at the lower end of Ulusal Egemenlik Cd., is the circular fountain. This has two basins, and draws the crowds at 21:00 and 22:00 in the high season when there’s an automated light and music show. The Dancing Fountain looks especially pretty at night against the clock tower on the north side.

Half an hour south of the resort by road is the village of Turunç facing east on the Bay of Marmaris couched in a bowl of rocky hills covered with forest. The beach withdrawn from the coastline, in a cove where the water is a darker shade of aquamarine and as calm as can be. The beach at Turunç is Blue Flag and has a blend of coarse sand and pebbles, covered with sun loungers and parasols for a blissful afternoon in the sun. There’s also a small promenade fringing the cove, and if you’re in the area you can head down to the railings first thing to watch the sun come up.

Dive amid Ruins in Marmaris Bay

There are around 50 dive sites accessible from Marmaris though, obviously, diving here in the Aegean Sea is not going to offer colorful coral reefs and tropical fish. The most interesting sites here instead offer an opportunity to dive amid classical-era ruins. On all dives there’s a good chance of seeing the area’s protected loggerhead turtles. Galleon Cove is one of the best dive sites for underwater photography with the rocky seabed festooned with amphorae, and the ruins of a Hellenistic-age ship that sunk here. It’s one of the farthest dive sites from Marmaris, so it usually has to be specially requested by divers. Aksu Cove sits just off Yildiz Adası (sometimes called Paradise Island) in Marmaris Bay, so it is a popular dive site. There are plenty of amphorae dating from the Byzantine era in this area.  Ince Cape, also near Yildiz Adası, is often visited by divers chiefly for the underwater topography and the variety of sponges and fish in the area.  See DiverErgin, diving packages start from 150TL (12US$)

The small town of Dalyan is 90 kilometers east by road from Marmaris. Riverboat cruises, along the winding Dalyan River, which rims the town, are the top activity while here. The scenery along the river is dramatic, with the high cliff banks bearing ornate tomb facades cut into the rock. The tombs date from between the 4th and 2nd centuries BC. Boats either head downriver to Iztuzu Beach and out along the coastline or, for a longer tour, putter upriver to Köyceğiz Lake. The lake tours include a stop at the Sultaniye hot springs, where you can slather yourself with mineral-rich hot mud. Plenty of tour operators in Marmaris offer Dalyan day trips (usually booked through your hotel), which include return transport to Dalyan, lunch, and the river cruise as the main activity of the tour 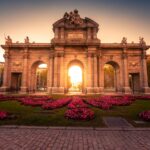 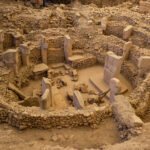 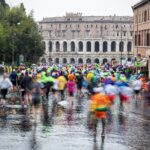 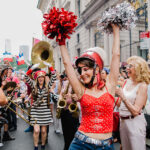 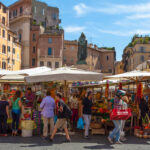