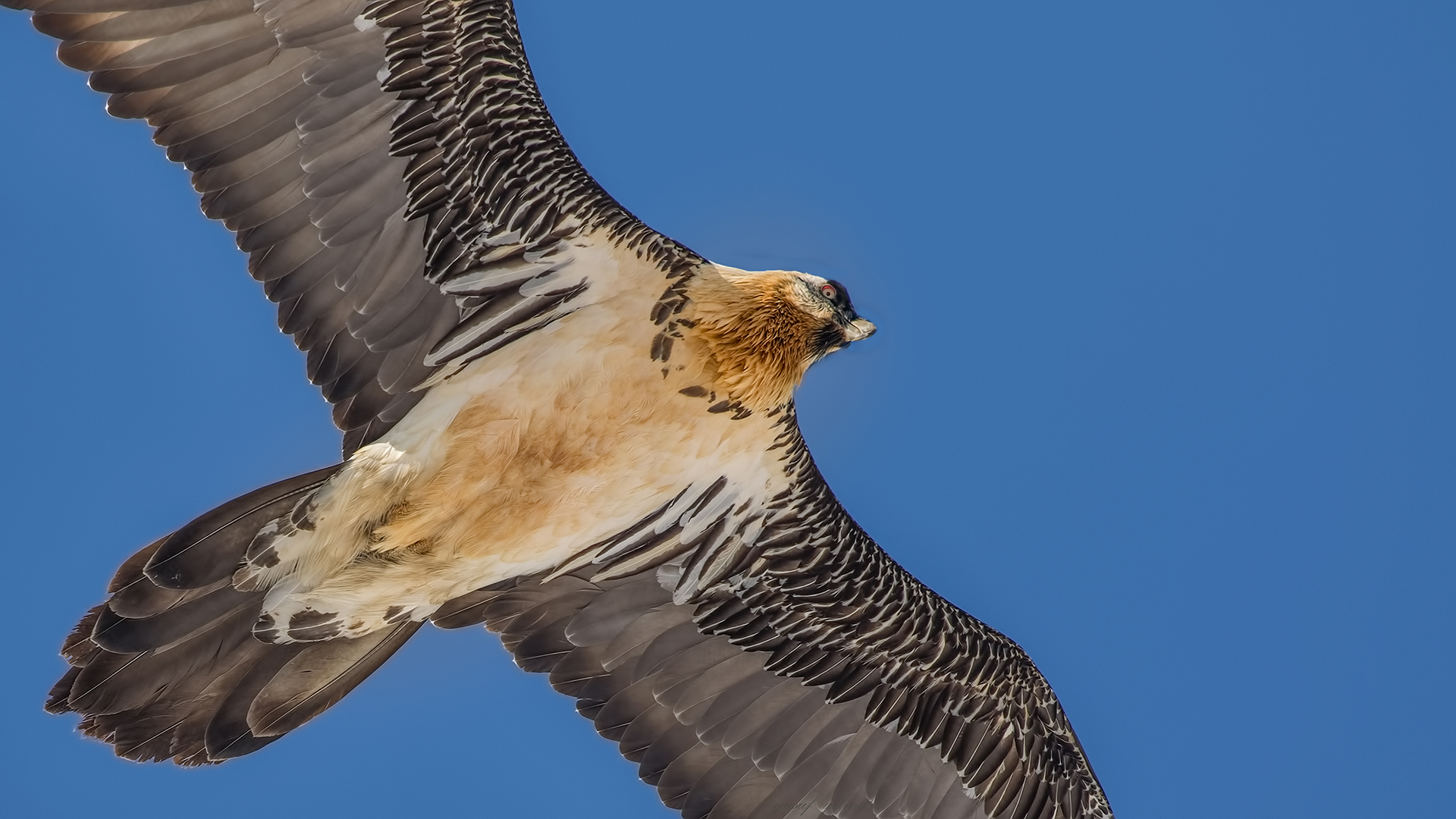 Wildlife Tours in Turkey – TURKEY is a vast peninsula, covering an area of 780,000 sq km and linking Asia to Europe through the Sea of Marmara and the Straits of İstanbul and Çanakkale. It is characterized by a central plateau surrounded by chains of mountains to the north, west and south and a rugged mountainous region in the east with an average elevation of 1050 metres. The Northern Anatolia mountain range and the Taurus range in the south stretch like arcs, becoming ever denser in the east. In the west, however, the mountains descend gently towards the sea. Turkey is like a mosaic made up of many different reliefs and formations: parallel mountain ranges, extinct volcanoes, plateau fissured by valleys and plains.

Surrounded by seas on three sides, it is placed in the temperate climate zone. The climate varies considerably from region to region, however: a temperate climate in the Black Sea region, a Mediterranean climate on the southern coast and the Aegean, a continental and arid climate on the central plateau, and a harsh mountain climate in eastern Turkey. Because of these variations in climate, the fauna and flora are some of the richest in the world. There are more than 10,000 species of plants in Turkey, 20% of which are endemic. Turkey is home to a number of ornamental flowers, the most notable being the tulip. Bulbs of these plants were brought to Vienna from İstanbul in the 1500s, beginning the craze for tulips in England and the Netherlands. By 1634 the interest in tulips had grown so intense that in Holland ‘tulipomania’ emerged, with individuals investing money in tulips as they do in high-tech stocks now. This period of elegance and amusement in 17th-century Turkey was also symbolized by this flower, giving the era the name “the Tulip Age”.

Turkey has a great variety of wild animals, with around 160 species of mammals. The forest belt to the north is home to grey bears, while the south is home to wild goats. Sea turtles and seals play in the waters of the Mediterranean and the Aegean. Just as in other parts of the world, some species have become extinct or are on the verge of extinction. There are 418 species of indigenous or migratory birds, some of which are extinct in Europe, such as the black vulture. The most important species for environmentalists is the “bald Ibis”, a peculiar bird with a bald pink head and drooping feathers. 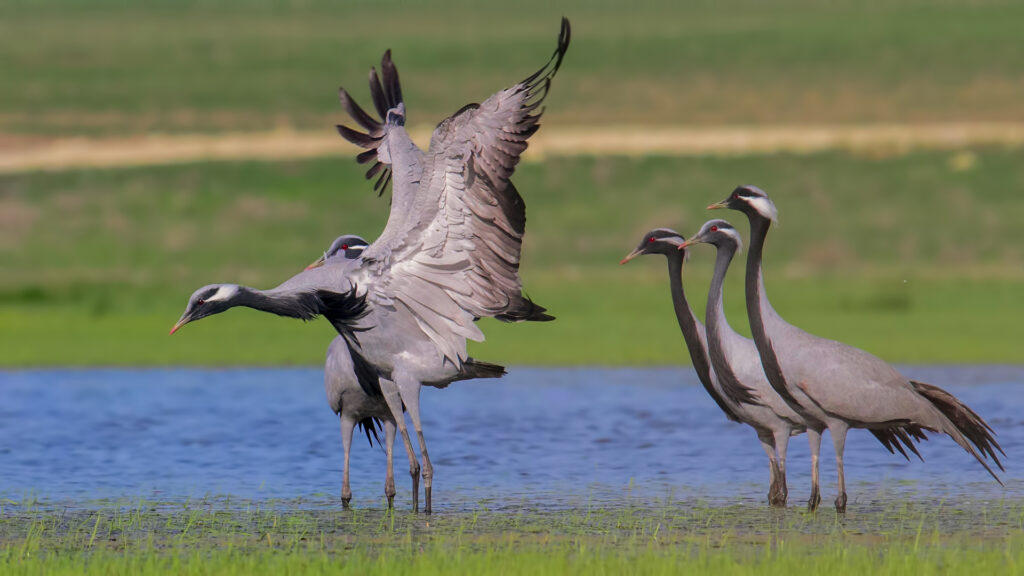 Wildlife Tours in Turkey : Demoiselle CraneThere are 418 species of indigenous or migratory birds, some of which are extinct in Europe, such as the black vulture. (Read the article on Birdwatching in Turkey) If you take a cross-section along the east-west axis, you will encounter the rugged, snow-capped mountains where winters are long and cold; the highlands where the spring season with its rich wildflowers and rushing creeks extends into long, cool summers; the dry steppe with rolling hills, endless stretches of wheat fields and barren bedrock that take on the most incredible shades of gold, violet and cool and warm greys as the sun traverses the sky; the magical land of fairy chimneys and cavernous hillsides; and eventually the warm, fertile valleys between cultivated mountainsides of the lace-like shores of the Aegean where nature is friendly and life has always been easy. Wildlife Tours in Turkey

A north-south cross-section begins with the lush, temperate zone of the Black Sea coast, well protected by a chain of high mountain ranges, cultivated in hazelnuts, corn and tea (which will become a part of the daily ritual during your stay here). High passes and winding roads offer breathtaking views of the Black Sea, leading to highlands and steppe, with orchards tucked into the foothills of lower mountains; then on to the vast Konya plain, and up the Toros (Taurus) Mountains into coniferous forests, which eventually descend to a scrubby maquis fragrant with bay leaves and oregano as the Mediterranean coast approaches. Then, if you turn east, passing banana plantations and cotton fields, you will come to the desert-like part of Turkey. Just north of Syria, the earth displays all the textures and shades of brown imaginable. In short, for every two to four hours of driving, you find yourself in a different geographical zone with all the attendant changes in scenery, temperature, altitude, humidity, vegetation and weather.

Turkey’s landscape has the combined characteristics of the three oldest continents of the world: Europe, Africa and Asia. It has an ecological diversity surpassing any other place along the 40th north latitude. This diversity is reflected in the intermingling of all species of animals just as they were found before the geological separation of the land masses occurred, but whose habitats are now dispersed among these continents. Now it is possible to observe the yearly ebb and flow of nature as birds continue on their migratory routes twice a year. The flocks of storks and birds of prey convey a magnificent spectacle that you can watch from the hills of Çamlıca in İstanbul every fall. The flamingo’s nest in the river valleys of the Aegean and the Mediterranean and spend the winter in the saltwater lakes of the inlands. If you happen to be visiting Dalyan (or some other beaches along the Mediterranean) on a warm spring night in May, you will be sharing the sand dunes with one of the most delightfully shy creatures in the world, the sea turtle, which lays its eggs in the sand at this time of year. Related: Wildlife Tours in Turkey

Many such familiar fruits as cherries, apricots, almonds and figs also originate in Turkey. Humankind’s common ancestors are imagined to have evolved in different parts of the world – nevertheless, the depiction of Adam and Eve wearing fig leaves confirms a long-standing view of Turkey, with its abundance of figs, as an unspoiled Eden. The bucolic, rural scenery radiates with sincerity and health, enhancing the traveler’s experience. In this, the motherland of wheat, the taste of ordinary Turkish bread surpasses any other when eaten freshly baked. The orchards, vineyards, and vegetable fields grow delicate and vibrant crops. As well as grains, staple crops include rice, cotton, sugar beets, tobacco and potatoes. This diversity and abundance of food products have contributed to the richness of the Turkish cuisine.

The Aladaglar national park is in the province of Nigde, south of Kayseri, and lies 30km from Yahyali. The park is adjacent to the main highway from Nigde to Kayseri, and can also be accessed from Yahyali. Inside this huge park of around 55,000 hectares, the summit of Demirkazik at 3756m is the highest point in the middle Taurus mountain range. There is a huge range of flora and fauna, and visitors may fish in the streams full of trout. Wildlife includes wild goats, bears, lynx and sable. The park has extremes of climate, with hot summers and very cold and snowy winters, with snow-capped peaks throughout the year. There is also a huge difference between night and day temperatures, with the lake usually freezing at night yet can reach up to 30°C during the day.

The most common species of plant life is black pine and cluster pine trees, with some cedar dotted between, and fir trees in the northern areas with higher humidity. The Alpine region, from the upper borders of the forest, has pastures with rocky areas and little variety of plant life because of the high altitude and slope.Besides these highland beauties the woodland shelters red pine, black pine and fir trees. Aladaglar National Park is also the home of the famous Capra ibex, and other animals like wild boar, wolf, weaser and coyote. Bird watchers all around the world visit Aladaglar as well, to spot the various wild and singing birds of the region. More than fifty endemic plant species have been observed in the area, which was declared a national park in 1995. Nine of these are seen solely in this area. The Aladaglar National Park present rich diversity in terms of bird and butterfly species. Some of the birds of prey one can see are the rock eagle, bearded vulture, and peregrine falcon. Wildlife includes wild goats, bears, lynx and sable. Aladaglar National Park has extremes of climate, with hot summers and very cold and snowy winters, with snow-capped peaks throughout the year. There is also a huge difference between night and day temperatures, with the lake usually freezing at night yet can reach up to 30°C during the day.

Beyond Mount Erciyes the countryside around the Kayseri-Nigde road becomes flat, dull steppe which you might well assume was as barren of bird or plant life as the fairy chimneys of Cappadocia. Consequently, the oasis of the Sultansazlıgı bird sanctuary is easy to miss in the small back lanes which wind around the tiny lakes in the region, but it’s worth the effort of hunting out. The complex of wetlands at the bottom of a closed basin comprises two main lakes Yay Gölü and the smaller Çöl Gölü – and about two thousand hectares of surrounding marshes, covered in reed and cane. The lakes are saline, while the marshland is entirely fresh water, and this particular combination of lakes, marshland, mud flats and steppe makes for an enormous variety of ecosystems. This, allied with the fact that the area is positioned right at the crossroads of two large bird migration routes, make Sultansazligi an extremely important wetland for breeding migrant and wintering birds. Although no really detailed ornithological research bas so far been carried out, at least 301 species have been recorded, 69 of which breed in the area. Most excitingly for the lay bird-watcher, visiting species include flamingos (particularly in the Yay Gölü region), pelicans, storks, golden eagles from the surrounding steppes, herons, spoonbills and cranes. Theres a watchtower in Ovaçiftlik, which can provide very good viewing as long as the water isn’t too low (as it may well be in the height of summer), and a little thatched museum exhibiting examples of the many feathered species found in the region. There are also various good bird-watching opportunities to the northeast of Ovaçiftlik, near the small village of Soysalli.