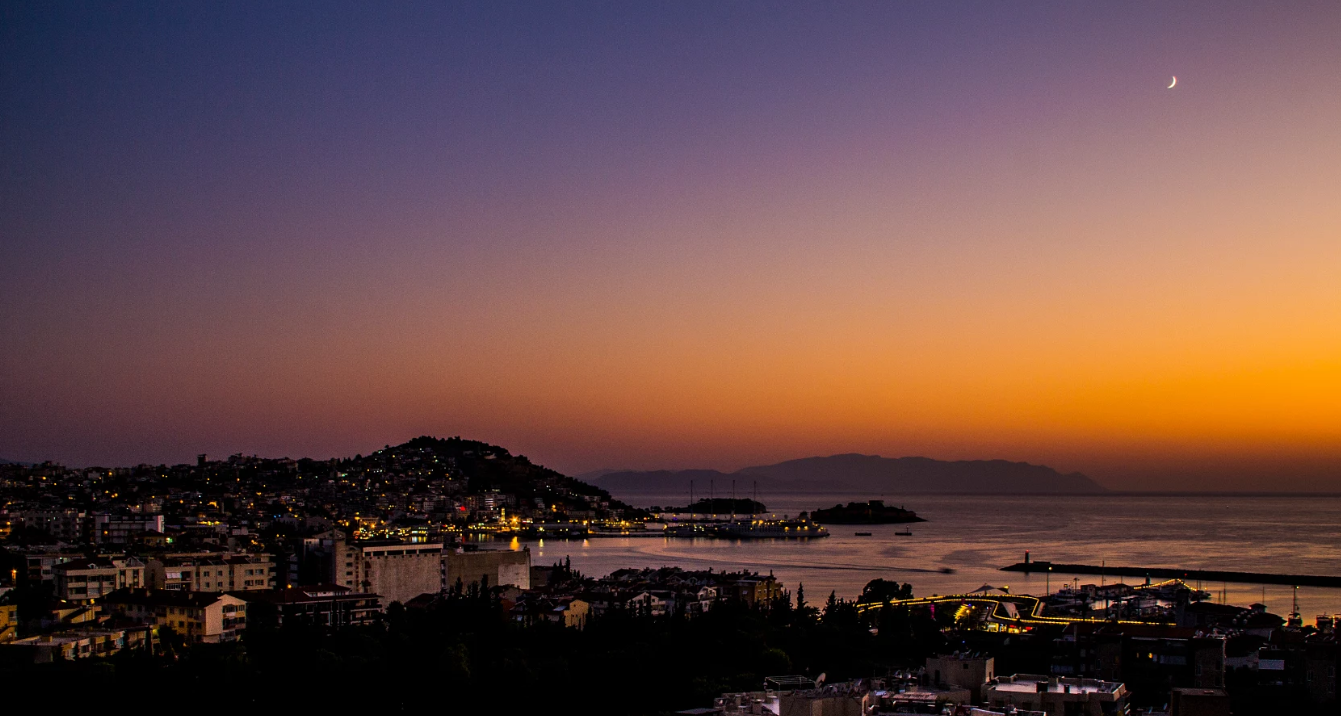 Best Things to Do in Kusadasi

Best Things to Do in Kusadasi – The resort of Kusadası on the Turkish Aegean is as multifaceted as a holiday destination can get. You’ve got the universal joys of long sandy beaches, countless restaurants, dreamy views, family water parks and golden sunsets. But minutes away is the famous ancient city of Ephesus, which was a Roman provincial capital and has left behind an archaeological site of real scale and grandeur. So on the same day you can ponder the columns of the Library of Ephesus, discover a forgotten bay in the biodiverse Dilek National Park, zip through the scrub on a quad bike and lie back on a sun lounger watching the sun setting over the Aegean. Read more about Turkey Best Beach Resort Guide

One of the largest and most important archaeological sites in the Eastern Mediterranean lies a few minutes out of Kuşadası at Selçuk. Ephesus is a UNESCO World Heritage Site, protecting a city founded around 3,000 years ago, becoming one of the 12 members of the Ionian League and reaching its apogee in the Roman era as provincial capital of Asia. Ephesus was a coastal city, which is hard to imagine now as the coastline has since drifted several kilometres west.

Awaiting you is the solemn façade of the Library of Celsus, the jaw-dropping 25,000-capacity theatre and the ruins of the Temple of Artemis, one of the Seven Wonders of the Ancient World. There’s tons more to see, like the sophisticated aqueduct system, the Trajan Fountain, the bathhouses, the 6th-century Basilica of St John, preserved terrace houses with frescos and Selçuk’s Medieval Ottoman fortifications. Read more about Ephesus

The vast archaeological site was first surveyed in the 19th century, and inevitably many pieces have ended up at the British Museum and Ephesos Museum in Vienna. But the ancient city has yielded enough artefacts to fill several museums, and the Ephesus Archaeological Museum is an ideal complement. There are objects in these nine rooms from every stage of the city’s past, from Mycenaean to Ottoman. Each room specialises in a different category, be it coins, the terrace houses of Ephesus, the city’s nymphaeums or the cult of Kybele. There are Mycenaean vessels, sarcophagi, busts of Socrates, Emperor Augustus, Livia and Balbinus, as well as magnificent sculptural groups from monuments like the Fountain of Domitian. The high point is the pair of statues of Artemis from the world-famous temple: Colossal Artemis (1st century CE) and the impeccably preserved Beautiful Artemis (2nd century CE).

Kusadası’s own historical wonder is a citadel in the bay at the end of a 350-metre causeway. This defense was built on the orders of Hayreddin Barbarossa (1478-1546), and the low, outer walls date from the Greek Orlov Revolt in the 1770s. Güvercinada is laid out like a kind of city park, with a raised wooden platform, and excellent photo opportunities from the battlements, gazing back to Kusadası and its harbour and backcountry. There are information boards here and there describing the local animal and plant life, and every so often you’ll see a rabbit hopping around. One interesting curiosity on show is the skeleton of a fin whale that was found at the Dilek Peninsula a few kilometers south in the 1990s.

The mountains of this 27,500-hectare national park hover on the horizon south of Kuşadası, and it’s a journey well worth making. The park is made up of a rocky peninsula with Mount Mycale along its spine, while to the south, in a much wetter landscape, is the delta of the Büyük Menderes River. There’s dazzling biodiversity in the park from 800 different plant species to waterfowl like pelicans, egrets and plovers, to hyenas, jackals and lynxes in the mountainous woodland. You can venture here in search of remote coves with crystalline seas, and hunt down the remnants of ancient civilisation at Karina, The Panionium and Priene.

Fifteen minutes on foot or a brief ride on the minibus, this beach is one kilometer of soft sand, on a west-facing bay. The name “Ladies Beach” is a holdover from the Ottoman days of segregation, and the shore here is lapped by low, rippling waves. This is a beach for families, thanks to a smooth slope and large shallow area where non-swimmers can paddle. Understandably, it’s a popular place to pass a warm afternoon, and there are beach clubs all around the bay, renting out sun loungers and parasols. The promenade, brimming with restaurants, cafes and shops, is set slightly above the beach and has a seriously romantic view across to Samos at sunset.

True to its name, this sandy beach around the headland from Ladies Beach is 18 kilometres long and is traced by tourist infrastructure for its entire length, all the way down to the town of Güzelçamlı. The first thing to say about Uzun Plaj is that the views south are majestic, to the formidable ridge of Mount Mycale on the Dilek Peninsula. Like Ladies Beach, Uzun Plaj has low, rolling waves, but even though this bay is more exposed to the sea, it shelves gently and there’s a lot of knee-high water so children can splash in safety. At the top end, close to Kuşadası proper is the Tortuga Pirate Island Theme & Water Park, one of two big water-themed attractions in the area.

Eight kilometres east of Selçuk is a picture perfect village in the mountains. Until the population exchange after the First World War Şirince was mostly home to Ottoman Greeks. The village has signs of habitation going back well before, including the remains of Roman-era aqueducts that would have fed Ephesus. With white Greek-style houses cascading down the side of a valley, the village is in an idyllic landscape of vineyards, cypresses, peach orchards and olive groves. You can come to investigate Şirince’s knot of twisting, traffic-free alleys, framed by whitewashed houses and walled gardens. In summer there are plenty of stalls selling spices, handicrafts and local wine, and if you need a pit-stop you can pause for a hit of Turkish coffee.

Meryemana (House of the Virgin Mary)

Partly because it’s the main way of reaching Ephesus by water, Kuşadası has a lively harbour, bookended by Güvercinada on the south side and an opulent new marina to the north. In the years up to 2020 Kuşadası received 600 cruise boats annually. And if you’re up for a day trip to the Greek island of Samos, this is the place to embark. The harbour is a prime place to amble, shop, watch the sun go down, cool off with a drink, grab a bite and just see and be seen. Along the modern-looking Atatürk Boulevard there’s something for every palate, including international chains like Starbucks and Domino’s. Roughly halfway along, on a little nub of land is, El Heykeli, a scenic viewpoint with a sculpture of a hand releasing doves.

Close to the waterfront in the very centre of Kuşadası you’ll find yourself at the crenellated walls of a 17th-century caravanserai. Built in the 1610s on the orders of two-time Grand Vizier Öküz Mehmed Pasha, this was a custom house and inn for merchants arriving by water. The grand marble entranceway is oriented north to face the harbour, and there’s an information board right here telling the 400-year story of the building. The caravanserai was in ruins come the 1950s but was restored in stages up to the 1990s. There’s a 25-room hotel here now, and an open-air restaurant in the courtyard. Still, you can go through to get a sense of this space and the two levels of galleries with pointed arches around it.

A short journey inland from Kuşadası is Turkey’s largest railway museum, with an formidable collection of steam engines. There are 33 steam locomotives here, dating from the 1890s to the 1950s, 18 of which are set around a impressive 18-rail turntable. Among the manufacturers are Krupp, Henschel, NOHAB, Borsig and Mafei, while the oldest from 1891 is by the British firm Stephenson. You’re free to hop into all of the locomotive cabs, and there are nine historic carriages to check out. On a more sombre note, also sitting outside is engine 45501, which was involved in the Yarımburgaz Train Disaster of 1957, a head-on collision claiming the lives of 95 people.