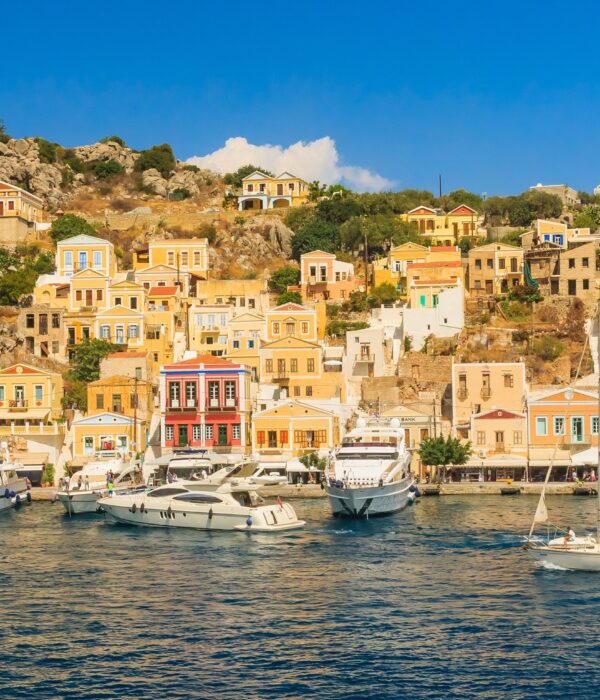 The island complex of Dodecanese

Dodecanese islands are in south-eastern Aegean and very close to Turkey mainland. It is also the sunniest corner in Greece. Twelve large islands and numerous smaller ones with crystal clear waters, sandy or pebbly beaches, important archaeological finds, imposing Byzantine and medieval monuments and unique traditional settlements are waiting to be discovered. If you are desperately seeking to discover lesser-known, unspoiled destinations visit Leros or Pserimos. But there is always Rhodes and Kos, larger and more cosmopolitan islands awaiting to offer you strong, and treasured memories. Just take your pick! 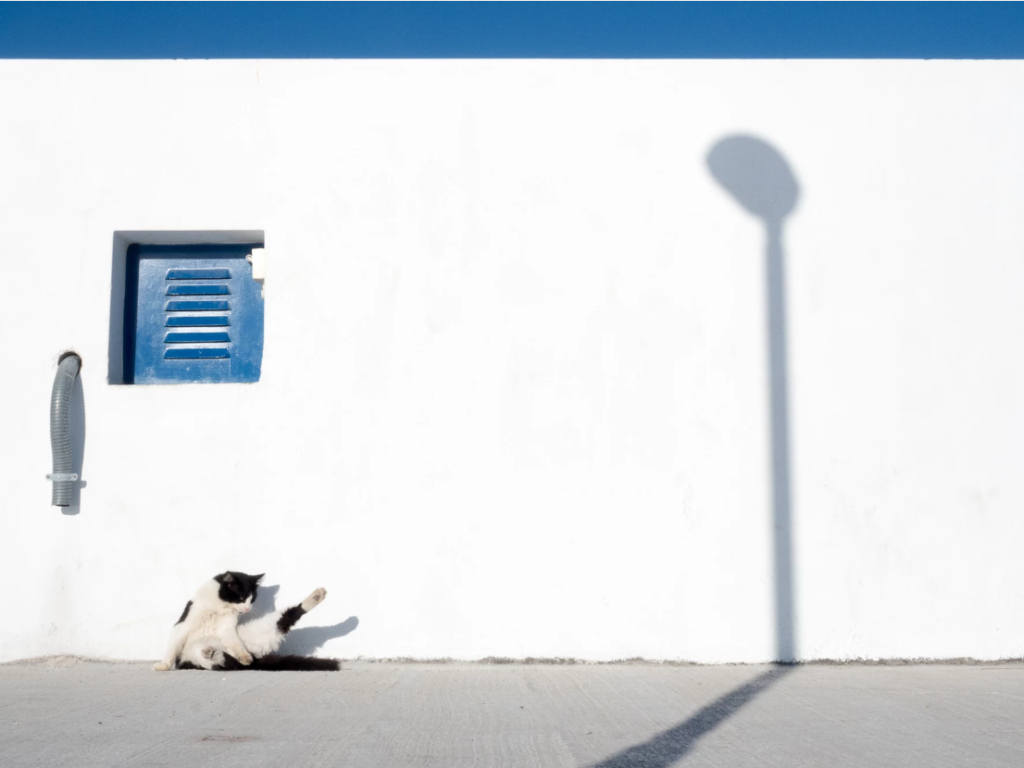 Rhodes Island is a medieval treasure beautifully preserved throughout the centuries. Wander around its magnificent Old City, surrounded by medieval walls with seven gates, and admire the Palace of the Grand Master, the most awe- inspiring building in the whole island. Take a romantic stroll around the famous Street of the Knights and feel like a holy warrior in shining armour, or a noble princess. Peer into the historic past of the city with a visit to the Archaeological Museum.

Mandráki, the (ancient) harbour, is distinguished from the outer harbour by the 3 windmills and the fortifications at the end of the dock. During your quest, you will encounter some of the city’s most remarkable buildings: the National Theatre, the Courts, the City Hall and the Governors Palace. Visit stunning wonders of nature, such as the Seven Springs, the Valley of the Butterflies and Rodíni Park, a green valley with running waters, small bridges and many peacocks, the trademark of the park! Get a deeper insight into the rich history of the island through your visit to the breathtaking Acropolis of Líndos and Ialissós as well as Ancient Kámiros, which were all powerful cities in ancient times. Well-preserved castles, like the ones of Kritinia and Monólithos are also waiting to be discovered!

Sandy beaches, turquoise waters, lush vegetation, ancient and medieval monuments, tree-lined wide roads, large squares, parks, a superb city plan and an extensive bicycle-only routes network are the distinctive characteristics of the third largest island of the Dodecanese, Kos! The island’s trademark is its medieval castle (Nerantziá Castle) situated at the entrance of the port. Wander along the impressive avenue with the Palm Trees, or stroll around famous squares like Platánou Square and Elefthería Square and admire legendary buildings, remains of the Italian rule. Interested in history? Pay a visit to the ancient city of Kos and observe important archaeological finds dating back to the 4th century. Did you actually know that you can sit under the plane tree where Hippocrates himself, the Father of Medicine, used to teach his students and examine his patients? The plane tree must be over 2,500 years old, and it is in fact the oldest in Europe! Don’t miss the 4th century Asclipiion, the Antimáhia 15th century castle with its imposing battle tower, as well as one of the most scenic villages of Kos with a distinctive traditional character, Ziá nestled amongst a dense cedar forest.

Welcome the opportunity to visit the “island of the sea sponge harvesters”, an internationally known alternative tourism destination. Did you know that after WWII Kálymnos remained the only Greek sponge-harvesting industry supplying both domestic and international markets with sea sponges? The first picture to see upon arriving on the island is Póthia, both the capital and the port of Kálymnos, spreading amphitheatrically on two hills. Visit among others the castle of Chrissoheria and the Archaeological Museum. Set out on a day trip to the traditional settlement of Horió, the former capital of the island, and admire interesting Byzantine monuments (like the Great Castle). The early-Christian settlement at Eliniká is a must-see, since it is perhaps the best preserved settlement in Greece. A perfect occasion to visit the island would be the International Climbing Festival in May, a unique festival that will thrill the action fans! The culinary enthusiasts should taste mouth watering delights, such as sweet smelling thyme honey, juicy tangerines, homemade mizithra cheese, delicious sea-dried lobster tail, and sea ray preserved in sea water!

It means “looking for the ideal destination for serene, relaxing holidays”. Enjoy sandy beaches with crystal clear waters, swim in paradise bays (like the small bay of Vathí), rent a boat and sail around the island’s beaches, follow several hiking routes, participate in local fairs (the most famous ones take place on 15th August) or go scuba diving and climbing. Whether you are looking for an action packed holiday or a relaxing visit, you will be quite astonished by the choices on offer on such a small island!

Did you know that this tiny beautiful island formed part of Kálymnos in antiquity, but was separated in 554 AD due to a devastating earthquake? Today there is only one small village on the island. Follow walking paths through the dense pine forest on the south of the island, where also ruins of Byzantine residencies still stand. Swim in sun-drenched beaches (like Plaka, Potha, and Paradise), go scuba diving and explore the ancient city sunk between Kálymnos and Télendos or go hiking, climbing, wind surfing, canoe-kayaking and spear fishing! You can reach Télendos by boat departing from the cove of Mirtiés at Kálymnos.

An island blessed with an abundance of streams, pine-tree forests, vineyards, olive groves, rocky caves (which are actually home to monachus monachus) and mountainous landscapes, Kárpathos is a paradise for nature enthusiasts and lovers of deep-rooted tradition. The villages of the island seem like open folklore museums, whereas their inhabitants are still dressed in old traditional costumes, and speak their local, old dialect. The rich folklore tradition of villages, such as Ólympos and Mesohóri, will weave a powerful spell over you. Even if you are a wind surfing fan, “anemoessa” Kárpathos (“she of the many winds”, according to Homer) is the perfect place to exercise your favourite sport. Visit also Kárpathos during Easter or Carnival time and participate with the locals in celebrations that will remain in your memory forever!

Ragged mountainscape, densely forested ranges and hilly vistas, verdant valleys –home to four hundred species of flowers and herbs–, and habitat of rare species of birds. These are the ingredients of an unparalleled destination, a huge ecological park protected by international treaties. This is Tílos! Visit Meyálo Horió, the island’s capital, with its imposing stone houses and narrow alleys. The view from the medieval castle (built in the location of ancient Tilos) that stands imposingly at the top of the hill will certainly take your breath away.

Welcome to the island of Artemis, the goddess of forests and hunting, according to mythology. If you are looking to spend peaceful holidays in a pure, dreamy environment with pine trees, olive groves and low plains with freshwater streams, then Léros is your destination! Swim in azure seas, admire exquisite works of Italian architecture in Ayia Marina, the capital of the island, wander around centuries-old magnificent castles (like Brouzi and Castle of Panayia), or go scuba diving to explore ship wrecks lying on the seabed since the Second World War. Don’t forget to come back in Carnival time when ancient old customs revive.

The “island of the Apocalypse” or “Jerusalem of the Aegean” welcomes you! Pátmos is quite popular amongst pilgrims since in one of the island’s caves John the Theologian, one of Christ’s disciples, wrote the “Book of Revelations”. The stunning beauty of Hóra, a carefully preserved medieval settlement with narrow, maze-like alleys and stone-built houses will take your breath away. Don’t miss the imposing fortified monastery of Saint Ioannis and the Theologian Apocalypse cave! Visit Patmos at Easter, when deeply religious and spiritual celebrations are held throughout the Holy Week.

Visit a dreamy cluster of islands east of Pátmos with sparse vegetation, old whitewashed houses, and cute little tavernas. Get into a boat and sail around Maráthi, another small island with a beautiful beach covered with lentisks and tamarisk (salt cedar).

It is the westernmost island of the Dodecanese, located at the point where the Dodecanese meet the Cyclades. This is the reason why in Astipálea the characteristics of both island complexes blend together to create the island’s uniquely varied scenery. Visit Hóra, the island’s capital and port, one of the most picturesque settlements of the Aegean. At the hilltop stands imposingly Hora’s castle, surrounded by small houses with whitewashed walls, blue doors and wooden balconies overlooking the open blue sea below.

Despite its small size, Kássos was once a mighty maritime and commercial power. The well-preserved mansions that still stand in Fre, the island’s capital and main port, reflect today this former grandeur. Take a stroll around Boúka, an old pirate lair, with moored small fishing boats, traditional coffee shops and its old lighthouse. Don’t forget to visit Armáthia, the largest of the islands around Kássos, where you can find some excellent beaches, like Marmara and Karavostassi!

There are many reasons to visiting Simi apart from experiencing its unique cosmopolitan atmosphere, and wandering around its remarkable neo-classical settlement. Many visitors, for instance, come here to venerate the miraculous icon of Archangel Michael kept at the monastery of Panormítis, one of the most significant monasteries of the Dodecanese. Alternatively, you can come to Sími in summer to attend the famous Simi Festival, which includes among others classical music concerts, dance performances, and art exhibitions.

Enjoy peaceful holidays in the “Island of Peace and Friendship”, where young people from all over the world gather here every year for their annual meeting! The town of Halki or Niborió, the island’s capital, is listed as a traditional settlement and it is amphitheatrically built overlooking the clear-blue sea, whereas impressive neoclassical mansions reveal the prosperity the island enjoyed in the past.

Take the opportunity to visit an unspoiled destination formed by volcanic eruptions. It is rather impressive that today Nísyros is still an active volcanic centre together with the volcanic centers of Milos, Santorini and Methana! Actually at the village of Nikia there is a “Volcanic Museum”, the only one of its kind in Greece, exhibiting samples from the most characteristic volcanic rocks of Nisyros. Strolling along the narrow streets of beautiful Mandráki, the island’s capital and port, is a richly rewarding experience. Don’t forget to observe its colourful houses which are actually built with hewn slabs of andesite and dacite (volcanic material)! 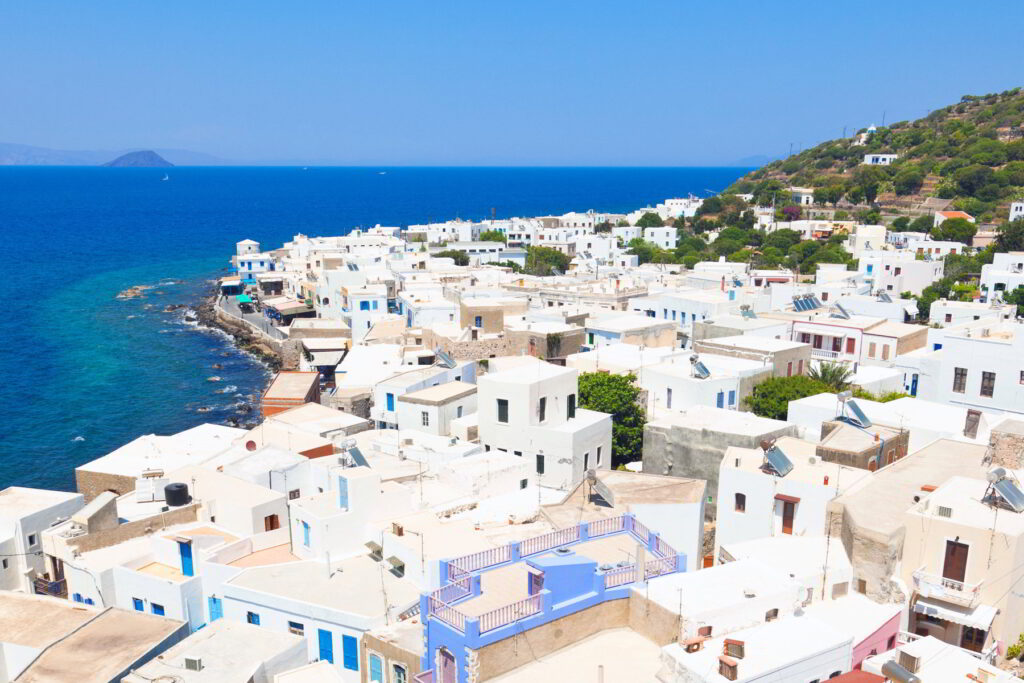 It is the largest island belonging to a cluster of many others islets. It forms part of the Natura Network. It is an ideal destination for relaxing, and serene holidays. Here, both landscape and people will definitely help you find inner peace and tranquility. Lipsi is also surrounded by countless uninhabited islets ideal for bird watching. 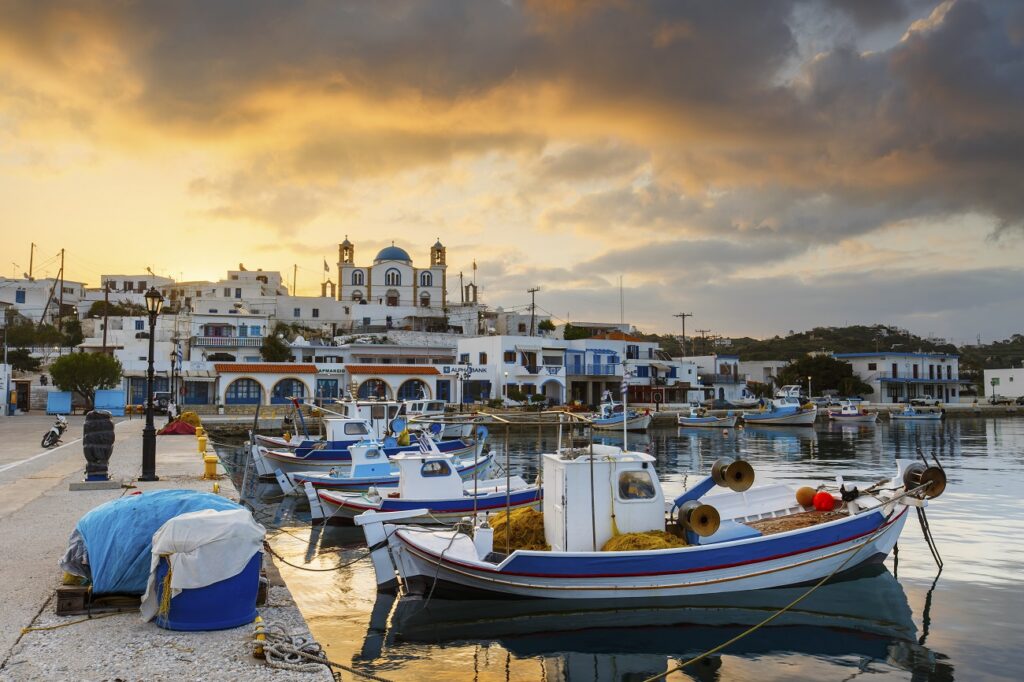 It is the northernmost island of the Dodecanese; it consists of three large traditional settlements (Agios Georgios, Megalo Horio and Mikro Horio). Agathonissi has a significant and vulnerable ecosystem rendering it an important habitat of rare bird species. Together with the nearby islands it belongs to the Natura Network as well.

The island  lies at the easternmost end of Greece, a stone’s throw away from the Turkish coast. Its main settlement is filled with cheerfully painted houses of exceptional architecture, awe-inspiring churches and picturesque alleys. Taste the island’s traditional sweets katoumári and stráva, and organise a boat excursion to Galazio Spileo, the largest and most spectacular sea cave in Greece. Don’t forget to visit the nearby legendary island of Ro where the famous “Lady of Ro” Despina Achladioti used to raise the Greek flag every day.