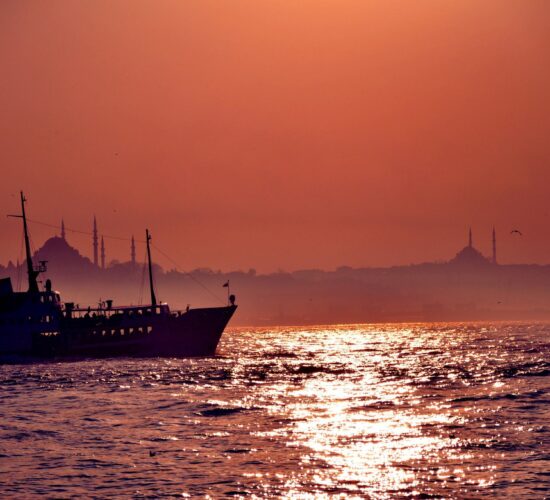 Most Romantic Hotels in Istanbul

Most Romantic Hotels in Istanbul – Istanbul was where the great Byzantine emperor Justinian courted then married circus girl Theodora (to much ‘tut-tutting’ from a scandalised public) and where languid Ottoman sultans presided over their beautiful concubines in the mysterious harem at the Topkapı Palace. It remains a romantic city today, especially when viewed at night from a swanky rooftop or Bosphorus-front restaurant, with the city lights of Asia twinkling across the strait. Whether you choose one of the well-appointed waterfront places listed below, a place in the heart of the historic quarter or the hotel where Zsa Zsa Gabor, Mata Hari and Greta Garbo once laid their heads, here’s a run-down of the most romantic getaways in ‘The City of the World’s Desire’.

A few blocks west of Topkapi Palace near the Golden Horn stands the Glamour Hotel. It’s within walking distance of most of the city’s top sights and features modern rooms dazzling with white décor that’s offset by pops of blue in curtains, bedspreads and headboards. Many of the rooms have sea views of the famous Golden Horn and the Bosphorus. There are wider panoramas too, from the rooftop lounge and restaurant where you’re encouraged to dine like locals and indulge in some shisha.

Romance Istanbul does not pander to the hip and ephemeral but trades instead on good, old-fashioned comfort and top-quality service. Harking back to Istanbul’s imperial Ottoman past, each room has its own talisman shirt on display, of the kind specially made for each sultan to bring good luck and protection (Room 105 has a replica of the talisman shirt worn by Süleyman the Magnificent). All the fittings and fixtures of the hotel have been custom-made to give a definite sense of traditional style, with an emphasis on ornate, period gilded-wood furniture, heavy drapes, floral wallpaper and velvet or satin upholstery, chandeliers and glass pendant lighting fittings and wrought-iron work.

Formerly an Ottoman-era distillery, this place was converted into an award-winning hotel by its discerning Turkish-American owners. As the hotel is situated on the Asian side of the Bosphorus Strait, guests arrive from Europe in the hotel’s own launch. There can be few finer ways to begin a visit to Istanbul. But one of the best things about the Sumahan is that all rooms have magnificent views of the strait itself, and you can either lay in bed, or sit in a comfy armchair, and watch the sun play on the water outside. Light floods into the carefully designed rooms through floor to ceiling windows, illuminating the stylishly contemporary, but never austere, interiors.

It would be hard to choose a more centrally located property than the Sura, which sits close to Istanbul’s prime monuments and sights. Housed in a stately, four-storey mansion with tall arched windows and decorative iron railings, its interiors are conspicuously bold without being brassy. For a romantic dinner with spectacular views, head to the Deraliye Terrace Restaurant. The Secret Garden is also worth visiting for its festively-lit pergola, festooned with jasmine and wisteria.

This five star hotel is literally a palace. Constructed on the Beşiktaş waterfront by Sultan Abdülâziz during the 1860s, Cıragan Palace fell into ruin in the 20th century before it was restored to all its baroque glory by the Kempinski hotel group in the new millennium. The result is one of Istanbul’s most mesmerizing luxury hotels, with 310 extravagant rooms and suites occupying this gorgeous marble palace. Ciragan Palace Kempinski has six mouthwatering food and drink locations, including Laledan in the palace gardens and fine-dining Tuğra on the first floor, plus an authentic Turkish bath and an al-fresco pool nestled against the shore of the Bosphorus. The jewel in this glistening crown is the lavish Sultan Suite, which is the ultimate in romance for those with deep pockets.

The Régie Company used to enjoy a lucrative monopoly over Turkey’s tobacco trade in the dying days of the Ottoman Empire, before a chic boutique hotel breathed new life into the 150-year-old tobacco factory and company headquarters. More moody than magnificent, the Régie’s 34 rooms celebrate the original texture of the building – the wooden floors, the patterned brick ceilings and the sunny arched windows – while adding cool contemporary décor, tiled private balconies, modern white bathrooms and atmospheric lighting. Only a block or two from the Eminönü ferry terminal on the historic peninsula, this intimate hotel also provides a gym, a sauna and the upscale Hayal Kahvesi restaurant.

The Pera Palace fits perfectly into an area that was, in the 18th, 19th and 20th centuries, home to the city’s Christian and Jewish minorities as well as European bankers, diplomats and traders. The elegant, restrained Neo-Classical façade of the seven-storey building does little to prepare you for the opulence of the perfectly preserved interior, which looks very much like it must have done in the 1920s when Agatha Christie stayed here en-route for Aleppo. The Kubbeli Lounge on the ground floor is a real focal point, with its six glass domes, a grandiloquent crystal chandelier, Moorish-style arches and walls clad in bands of marble of contrasting colors.

With a series of flower-lined balconies covering the façade, the family-run Celal Sultan Hotel would seem more at home in Paris than in the most ancient quarter of Istanbul. But this Sultanahmet stay offers a little flavor of France in the shadow of the minarets belonging to Hagia Sophia and the Blue Mosque, with a scenic cocktail bar and a terrace capitalising on the prime location. The 55 rooms are quaint and old-fashioned – this is the kind of place where your towels are folded into the shape of a swan by the attentive housekeeping staff – but represent great value for couples. 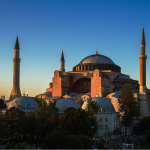 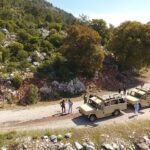 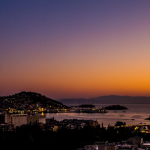 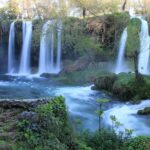 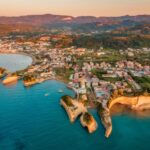