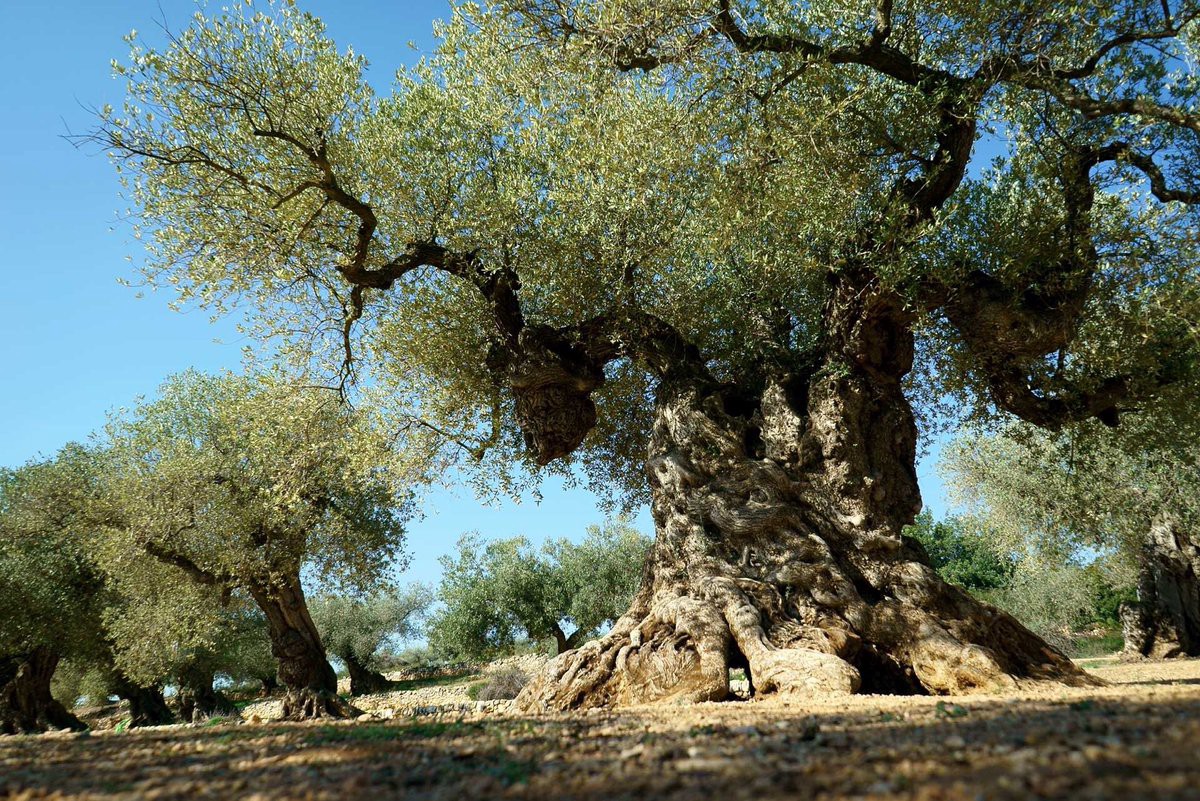 Olive Harvest Turkey – Imagine a world where agriculture is taking place without sowing the soil, without irrigation and even without planting trees. It’s hard to believe, but it’s possible, and it has been so for the last 4,000 years at least. The indigenous olive pastures of Western Anatolia, Turkey, have nurtured generations of people and the web of life for many centuries. Olives in these areas are not planted, but are grown by grafting wild olive trees, which find their home in this unique part of the world. This ancient anthropogenic ecosystem is extremely diverse, hosting numerous endemic Mediterranean birds and plants, chameleons, large carnivores such as the Golden Jackal Canis aureus and Caracal Caracal caracal.

Here, people aren’t really the owners of their land. Instead, they act as one of hundreds of species having their home in olive pastures. Hence, harvesting the olives is not recognized as labor here. It is a feast, where children, women, men and grandparents meet every autumn to celebrate their life, collect the olives by hand and transfer their knowledge from one generation to the next. The result is one of the healthiest olive oils on earth – not only for those consuming it, but also for the wider ecosystem. Towards the end of the autumn in Turkey, thousands of families and factories gear up themselves up for the olive picking harvest. With more than 1,750,000 tones grown every year, Turkey is the fourth biggest producer in the world of olives, a staple ingredient in most kitchens.  Olives are an essential element of Turkish Cuisine. Whether as the star of the breakfast table or the base of olive oil, olives are always appreciated.

Once you have tasted a high quality Turkish olive oil, your life will never be the same.

The olive tree (Olea europaea var. europaea) is thought to have been domesticated from the wild oleaster (Olea europaea var. sylvestris), at a minimum of nine different times. The earliest probably dates to the Neolithic migration into the Mediterranean basin, ~6000 years ago.  Propagating olive trees is a vegetative process; that is to say, successful trees are not grown from seeds, but rather from cut roots or branches buried in the soil and allowed to root, or grafted onto other trees. Regular pruning helps the grower keep access to the olives in the lower branches, and olive trees are known to survive for centuries, some reportedly for as much as 2,000 years or more.

The first domesticated olives are likely from the Near East (Israel, Palestine, Jordan), or at least the eastern end of the Mediterranean Sea, although some debate persists about its origins and spread. Archaeological evidence suggests that the domestication of olive trees spread into the western Mediterranean and North Africa by the Early Bronze Age, ~4500 years ago. Olives, or more specifically olive oil, has a significant meaning to several Mediterranean religions.

The 90% of world’s olive cultivation is in the Mediterranean basin and the rest is done in Latin America. In the world, olives are obtained from about 900 million olive trees in 9 million hectares. World table olive production is around 2.87 million tons according to the average of the last five seasons.  Important olive producing countries are Spain, Italy, Greece, Tunisia, Syria and Turkey. 95% of the olive oil is produced in the Mediterranean basin, between 15 million and 22 million tonnes of olives, and between 2.4 and 3.3 million tonnes of olive oil.  Turkey is the 3rd to 5th (depending on years) biggest olive and olive oil producer in the world. Turkish olive oils are extremely smooth and have a more gentle taste. The olive tree grows in geographic areas which generally have low altitudes. However, olive agriculture can be done as high as 1000 meters above the sea level. In Turkey, olives are known to grow at 800 or even at 1000 meters. Olives grow most efficiently below 400 meters. A suitable climate to grow the olive trees is warm summers and mild winters. Olive loves water, but it is also resistant to thirst and drought. Even if it is not equally efficient, the olive tree succeeds in adapting itself to the climate of any region. The olive tree’s biggest enemy is frost; it dies at -12°C. The olive tree is called the rich tree of the poor land. When the tree is watered, its yield increases. When water is inadequate, it produces a small-wrinkled grain. Olive tree grows well on plateaus and hills and are the foundation for plenty of products. In such places, the oil rate is also high.

Pruning olive trees is the most crucial for a successful harvest. The trees we were harvesting were approximately 5-7 meters (17-20 feet) tall.   Any villager in Turkey knows when to pick the olives and what to do with them. Well, yes, green and black olives all come from the same tree, only the black ones are ripe while green olives aren’t. Depending on when you pick them, your pickled olives or your olive oil will have a different taste. In any case, once the olive harvesting has started, you will see people under olive trees everywhere you go, even along the street side. Olives are precious and must not go to waste. It’s beautiful to see how men, women, and even whole families spend the day collecting olives using all kinds of methods. It all ends with the same thing: the olives are either put into big woven bags and taken to the mill to make olive oil. Or they are placed in a smaller basket to be pickled.

Pruning is typically done in February or March. Trees blossom in April and May. The fragile white olive blossoms are very finicky. If there’s too much rain or hard rain, the blossoms will be damaged or blown off of the trees. If the days are very hot with the nights cooling down dramatically, that also ruins the blossoms. It’s often necessary to irrigate throughout summer and fall if the weather is dry. Harvest usually takes place in November. Ripe olives on the tree have a bluish hue and are the best for “black eating olives.” The olives we harvested from the trees, which still have a reddish purple hue or are green, were separated out for olive oil. It takes approximately  7 kg (15-16 pounds) of olives for one bottler of 1 liter (33-34 ounce) bottle of olive oil!

In optimal conditions, an olive tree fruits 5 to 6 years after planting. It takes 20 years for the olive tree to reach its maximum fruit production and the yield increases gradually. The period of 35 to 150 years is the maturity and full yield period. When the olive tree gives produces abundantly in one year, it rests in the coming year, fruiting with reduced efficiency. The tree basically alternates in terms of more or less product. This is called periodicity. Consider “the year of existence” and “the year of disappearance” in folk expression. The harvest time is festive even if it is tiring.

The olive tree hardiness is based on the oleuropein substance in its leaves. This ingredient protects the trees from diseases and other harm. In addition, Calcium elenolate, another protective substance produced in the leaves, helps destroy harmful viruses, bacteria, and fungi.  The olive tree has leaves in summer and winter. If they do not suffer from disease, the leaves will live on average for 18 to 30 months. Leaves that are replaced instead of spills are durable. Therefore, olive trees do not drop leaves, and they look green year round. The leaves have a high chlorophyll content that gives them a small, round or slightly long and fleshy, dark green color. The olive leaf is about 5 to 6 centimeters long and the middle part is 1 to 1.5 centimeters wide.

Olive leaves have been used in therapy since ancient times. They offer natural antibiotic and antioxidant properties. Olive leaf essence (extract) is obtained from leaves of olive tree by physical and chemical methods. This essence is leaf green with a dusty appearance. This essence, together with pure compounds, provides 250 micrograms of vitamin A, 40 micrograms of selenium, 250 milligrams of vitamin C, and 20 milligrams of ascorbyl palmitate. Olive leaf essence involves the components of the olive leaf as concentrated. So, while about 5 percent oleuropein is in 1 gr leaf, this rate is up to 20 percent in 1 gr olive leaf extract. Dried olive leaf extract containing 6 to 15 percent oleuropein is commercially available.

To pickle olives is not difficult.  It is simple, uses only natural ingredients, and lets nature do its work.

This easy recipe for pickled olives at home is fail-proof. You won’t just be enjoying delicious home pickled olives; you will also benefit from the numerous health benefits of olives.

Turning your olives into oil after harvesting is a pressing matter. That is why the mills virtually work 24/7 during the olive harvesting season. There’s always a waiting line, but people are patient, which left us with plenty of opportunities to shoot some pictures. Depending on the mill you choose and the time that you show up, they will either weigh your bags of olives, put them aside, and give you the equivalent of pressed oil. Making olive oil involved (and still does) several stages of crushing and rinsing to extract the oil. The olives were harvested by hand or by beating the fruit off the trees. The olives were then washed and crushed to remove the pits. The remaining pulp was placed into woven bags or baskets, and the baskets themselves were then pressed. Hot water was poured over the pressed bags to wash out any remaining oil, and the dregs of the pulp was washed away.  The liquid from the pressed bags was drawn into a reservoir where the oil was left to settle and separate. Then the oil was drawn off, by skimming the oil off by hand or with the use of a ladle; by opening a stoppered hole at the bottom of the reservoir tank; or by allowing the water to drain off from a channel at the top of the reservoir. In cold weather, a bit of salt was added to speed the separation process. After the oil was separated, the oil was again allowed to settle in vats made for that purpose, and then separated again.

How to understand its quality

Like wine, the simplest and best way to appreciate olive oil is to taste it. Pressing olive oil and creating table olives in this enjoyable harvesting and processing experience is a great way to celebrate the olive harvest and discover how delicious and flavorful truly good olive oil can be. 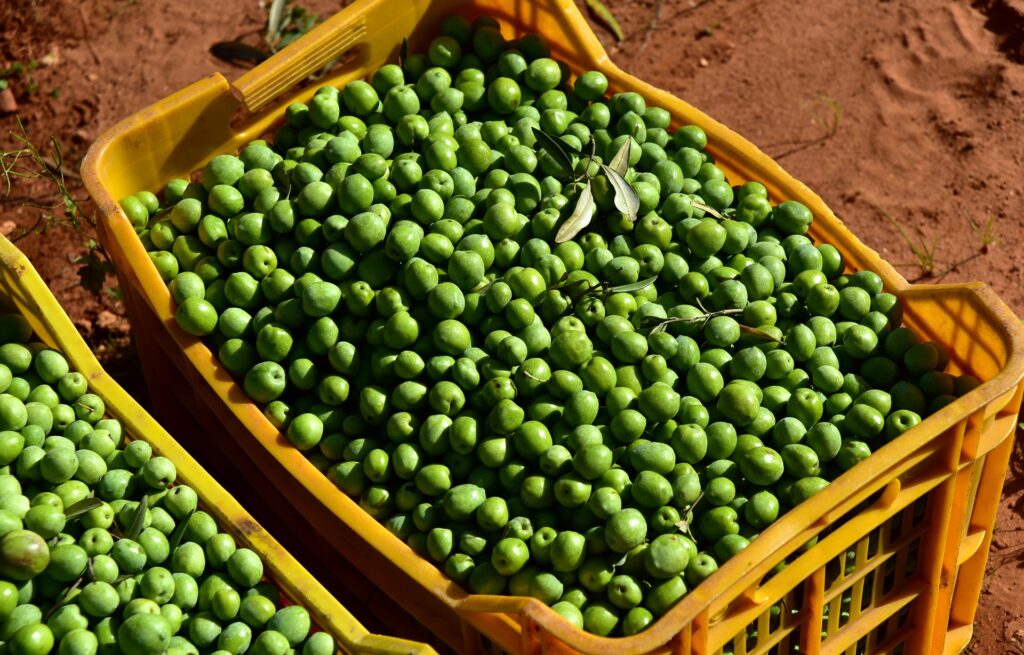 Olive oils for consumption can reach up to 3.3 percent acidity level – the lower the level, the higher the quality and healthier the product. Global acidity norms are set by the International Olive Oil Council. 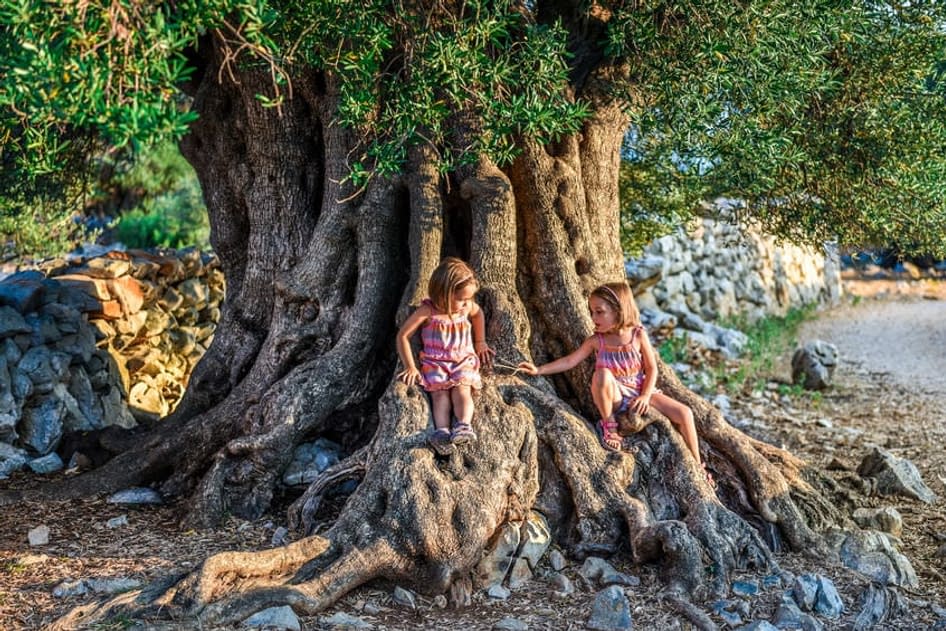 The fall season comes with lavish harvesting around Turkey, offering one of a kind experiences to travel to certain cities where the harvest season is celebrated in joy. Contact us to organize your private tailor-made journey.