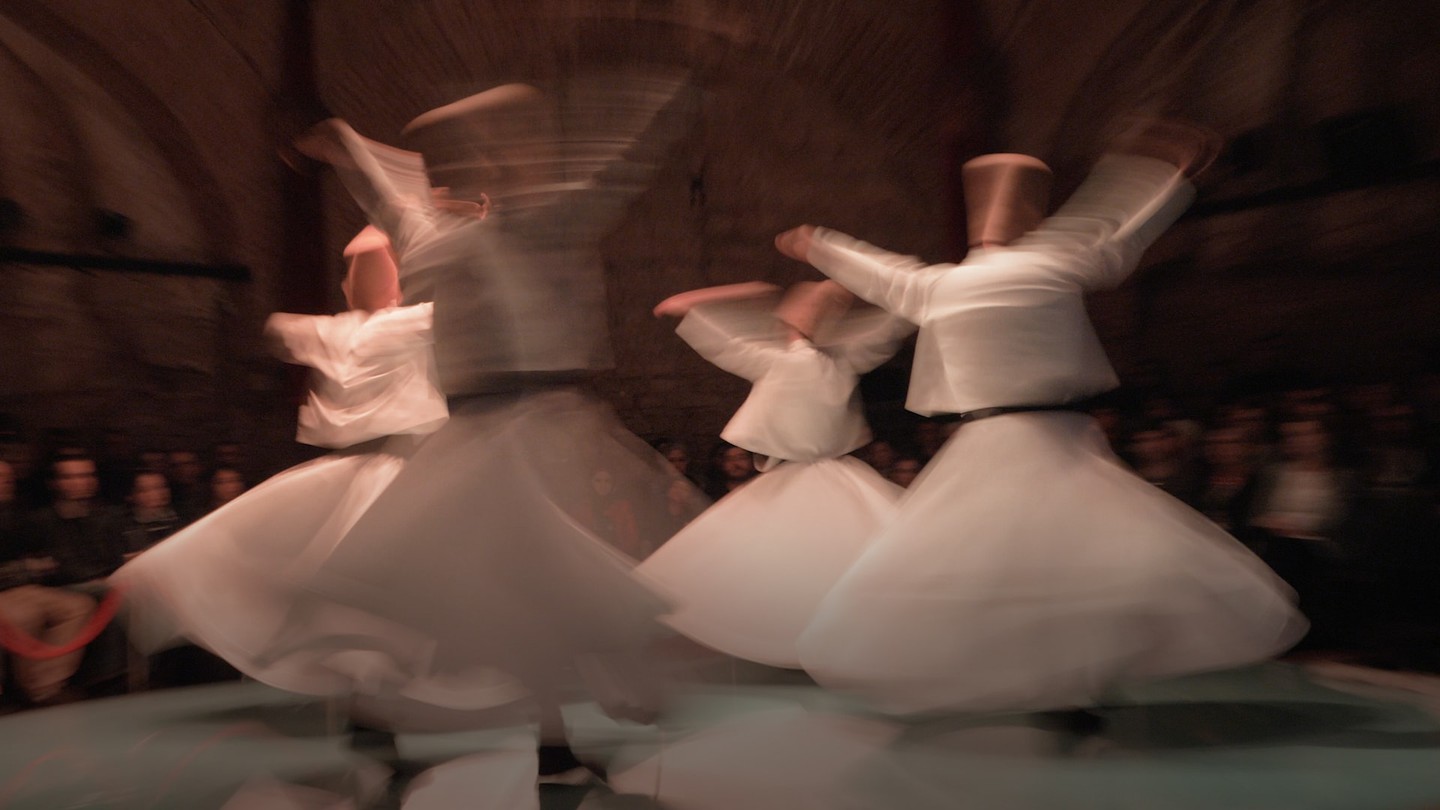 Whirling Dervishes Ceremony :  Everyone is familiar with the image of the whirling dervish, clad completely in white and spinning expertly as if in a trance. However, the dervish is much more than a visual spectacle, dating back over 700 years as part of Sufism and the Mevlevi Order. We take a look at the history of the dervish, their beliefs, and the significance of the whirling ritual. Of the numerous orders of Islam, Sufism is defined as the inner and mystical dimension. The Mevlevi Order was formed in 1312 in the Turkish city of Konya (formerly the capital of the Anatolian Seljuk Sultanate) by the followers of the 13th century Persian poet, Islamic theologian, and Sufi mystic Jalāl ad-Dīn Muhammad Rūmī (or Mevlânâ). Organized by Mevlânâ’s son, Sultan Walad, the order in Konya soon began to expand into other towns with appointed leaders, and in its heyday there were 114 tekke (monasteries) established throughout the Ottoman Empire, including ones in Belgrade, Athens, Cairo, Mecca, Baghdad, Damascus, and Tabriz.

“Come, come, whoever you are.

Ours is not a caravan of despair.”

With the fall of the Ottoman Empire after WWI, the Sufi organizations were declared illegal, and the tekkes were either closed down, adapted into mosques, or turned into museums. Two of the most important remaining Mevlevihane are the ones in Konya  Mevlana Museum (where Mevlânâ is buried) and the Galata Mevlevihanesi in Istanbul. By 1953 public performances of the Mevlevi Sema, or the Whirling Prayer Ceremony, were permitted by the Turkish government, and soon large crowds came from all over the world to watch displays organized by the Ministry of Culture and Tourism.

Originally, the Semahane Ceremony was a weekly remembrance of God, a ritual practiced by each Mevlevi tekke community where everyone was present, including Mevlevi musicians, women, and non-resident dervishes who chanted the Mevlevi ‘zikr,’ or prayer, silently in their hearts. As for the symbolism of the Sema ritual itself, the semazen camel’s hair hat (called a sikke) represents a tombstone of the ego, while the white skirt (called a tenure) is the shroud of the ego. When the dervish takes off his black coak, he is meant to be spiritually reborn to the truth. At the beginning of the ceremony the dervish holds his arms crosswise to represent the number one, testifying God’s unity.

A secret turning in us makes the universe turn.

and feet of head.

Neither cares. They keep turning.

The dervishes start the ceremony in dark cloaks, accompanied by the unique sounds of Sufi music. Then they remove the dark cloaks, which symbolizes – the start of their spiritual journey and submission to the truth. After removing the dark cloaks, their headdress (symbolizing the tombstone of ego) and the white skirts (symbolizing the shroud of the ego) are uncovered, meaning the journey has begun. At the beginning and at each step of the Sema ritual the Dervishes hold arms over their chest, testifying the unity to god. When the right arm turns upward to the sky and the left arm downwards to the earth – dervishes are receiving the spiritual gift from the god and bringing it to humanity.

The ritual ceremony consists of seven parts, each having its own meaning.

The dervish’s arms are open with his right hand directed to the sky, representing his readiness to receive God’s beneficence. The dervish’s left hand is turning toward the earth, representing his willingness to convey God’s spiritual gift to those witnessing the Sema. It is also believed that while revolving from right to left around his own heart, the dervish embraces all humanity with love, since Sufis believe that the human being was created with love in order to love. A quote by Rumi states that, ‘All loves are a bridge to Divine love. Yet, those who have not had a taste of it do not know.’ Known for the whirling dance of meditation, Dervishes are devoted followers of Islamic Sufism. The Dervishes make up an order of Sufism, one of the many branches of Islam.

The Sufi way of life is to love and serve other people, deserting personal desires in order to reach perfection and become closer to Allah. Followers of the Dervish order can be found throughout North Africa, Turkey, the Balkans, Iran,  Pakistan,  India, Afghanistan and Tajikistan. Supporters of Rumi, also known as Mawlana Jalel ad-Din Muhammad Balkhi or Mevlevi – the great mystic Persian poet born in 1207 – founded the Dervish order. Rumi was an ascetic who lived in seclusion and practiced abstinence, seldom eating, sleeping and talking, while he composed his works. His way of life became their inspiration. The formal practice of Sema, or whirling, is still practiced by the Turkish Mevlevi Dervishes and emerged as an active form of meditation. For this ceremony, the Dervish wears a black cloak (symbolizing the grave), a tall brown hat (symbolizing the tombstone) and a white robe to symbolize death. The ritual of ‘whirling’ brings the Dervish into harmony with nature while they thank Allah, their Creator, and pray to him. Sema unites the three fundamental components of human nature: mind, heart and body. Following the highly active ceremony accompanied by music and poetry, the Dervishes meditate in silence. Although considered a tourist attraction in places like Istanbul and Damascus, the Dervish continue to practice their religion while Sema ceremonies, such as the ones in the Sudan with the red and green dressed dervish, are still very much part of the Turkish community.

Come, come, whoever you are, wanderer, worshiper, lover of leaving, it doesn’t matter.

Ours is not a caravan of despair.

Come, even if you have broken your vow a hundred times.