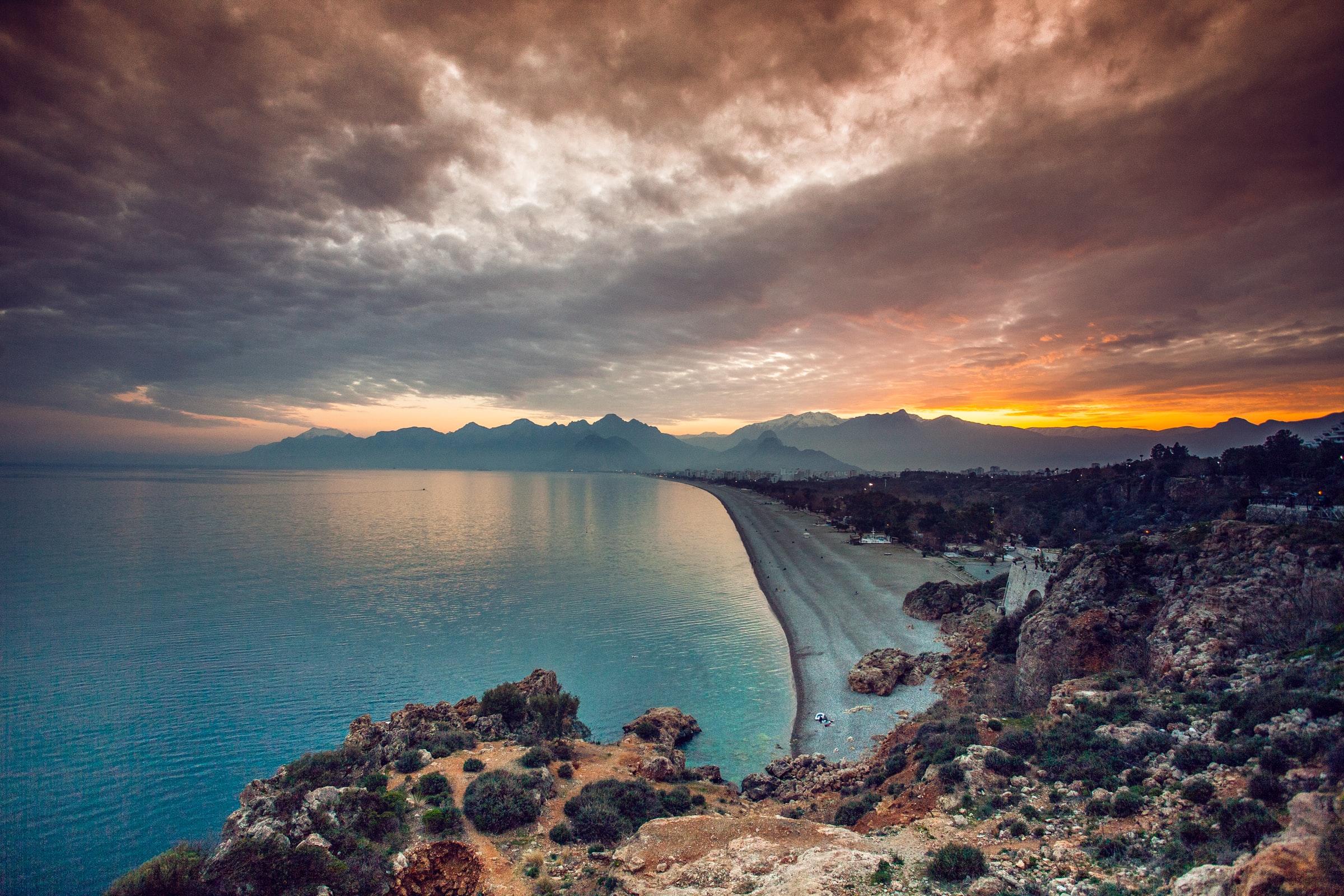 Tailor made vacations in Antalya

With ancient cities hidden among forests with oxygen-rich air, Antalya is a holiday paradise offering much more than one might expect. Antalya is situated at the end of a gulf, the namesake of the city, and extends over a green plateau that lies parallel to the sea. With its blue sea, luminous sky, the ever-changing colour of its mountains and lush green vegetation, the city is a festival of colours.

Antalya was founded in 158-138 BC by Attalus II, King of Pergamon, who named the city Attaleia after himself. Having been inhabited continuously since then, it was encircled by strong protective walls in Roman times. The Byzantines and Seljuks successively occupied the city before it came under Ottoman rule.Related words: Tailor made vacations in Antalya

Today it is one of the world’s best-loved tourist resorts, with numerous five-star hotels, holiday villages and entertainment establishments. Besides the chances Antalya offers for skiing on the mountains and then descending to the shore for a swim, the proximity of a great number of archaeological sites and ruins enhances its appeal. There are great works of art from different civilizations at every corner of the city. In the picturesque old quarter of Kaleiçi, narrow, winding streets and old wooden houses abut the ancient city walls. When Emperor Hadrian visited Phaselis in Antalya in 130 AD, a beautifully-decorated three arched gate with Corinthian columns was built into the city walls in his honour. It was the only entrance through the city walls. The two towers flanking the gate, as well as other sections of the walls, are standing near the marina. The clock tower in Kalekapısı Square was also part of the old city’s towers. The elegant, fluted minaret of the Yivli Minaret Mosque at the centre of the city, built by the Seljuk Sultan Alaeddin Keykubat in the 13th century, has become Antalya’s symbol. The Karatay Madrasah in the Kaleiçi district, from the same period, exemplifies the best of Seljuk stone carving.

The two most important Ottoman mosques in the city are the 16th-century Murat Paşa Mosque, remarkable for its tile decoration, and the 18th-century Tekeli Mehmet Paşa Mosque. Neighbouring the marina, the attractive late 19th-century İskele Mosque is built of cut stone and set on four pillars over a natural spring. The Hıdırlık Kulesi (tower) was probably constructed as a lighthouse in the second century. The Kesik Minaret Mosque, which was previously a church, bears witness to the city’s long history. The major part of the southern coastline falls within the borders of the city of Antalya. With ancient cities hidden among the trees, lush-green plateaus and forests with oxygen-rich air, trekking routes and beautiful beaches, Antalya is a holiday paradise offering much more than one might expect.

Hotspots along the coastline

Visitors can also find a number of touristic hotspots along the coastline away from the city centre. Kemer, 42km from Antalya through a spectacular mountain scenery, is the first such spot to the west of the city. This resort town has been carefully designed to blend in with the surrounding scenery and offers an ideal environment for a wonderful holiday. The fully equipped Kemer Marina allows yachtsmen to enjoy the unspoiled bays and beaches on the south of the town. Shoppers will delight in the wonderful range of high-quality souvenirs. A beach promenade with its cafes and shops on the north of the marina leads directly to Kemer Beach which was awarded a Blue Flag. Other tourist centres to the north are Kızıltepe, Göynük and Beldibi while to the south there is Çamyuva and Tekirova.Related words: Tailor made vacations in Antalya

Tailor made vacations in Antalya  At the foot of 2575m-high Mt Tahtalı (Olympos), 15km south of Kemer, the three harbours of Phaselis were once major commercial centres. The ruins of aqueducts, agoras, baths, a theatre, Hadrian’s Gate and an acropolis reveal the city’s historical importance. The ancient city of Olympos is situated on the southern side of Mt Tahtalı. Oleander and laurel bushes shade the Olympos Valley, accessible by land or sea. North of Olympos and up from Çıralı Beach is Yanartaş (at a height of 300m) where, Greek mythology tells us, the Lycian hero Bellerophon mounted his winged horse Pegasus and slew the fire-breathing Chimaera.

The Karain Cave, which dates from the Palaeolithic Age, is the oldest known cave where human lived in Anatolia. A single entrance, lit by the morning sun, opens onto three large interconnecting chambers.Related words: Tailor made vacations in Antalya

Although the little museum at the entrance displays some of its finds, most of the artefacts discovered are housed in museums around Turkey, with some of them dating to 160,000 BC. The ruins of the city of Termessos are perched on a 1050m-high plateau, lying on the western slopes of Güllük Mountain (Solymos) within Güllük Mountain National Park that is situated to the northwest of Antalya. A wild and splendid landscape surrounds the monumental traces of this city, and a nature and wildlife museum can be found at the park’s entrance.

Limyra, an ancient Lycian city, can be found 10km inland from Finike via Turunçova. Farther along this road is the Lycian city of Arykanda. It was inhabited by at least 500 BC and was destroyed several times by fire or earthquake. The ancient city of Myra, now called Demre or Kale, is 25km west of Finike. St Nicholas, who was born in Patara, was the bishop of Myra during the fourth century AD, and died there in 345. The island of Kekova, an hour from Çayağzı by sea, gives its name to a whole group of picturesque islands, numerous bays and ancient cities.Related words: Tailor made vacations in Antalya

Continuing west out of Kekova you come to Kaş, a lovely spot surrounded by mountains on three sides. Swimming and diving are excellent in the clear cool water around Kaş. Along the scenic Kalkan road, Kaputaş has a beautiful beach at one end of the Turquoise Grotto.

A little distance to the west is Kalkan, a lovely small hilltop town that overlooks a tiny bay. The ancient Lycian capital of Xanthos, today in the village of Kınık, and the Lycian cultic centre of Letoon are included on the UNESCO World Heritage List.