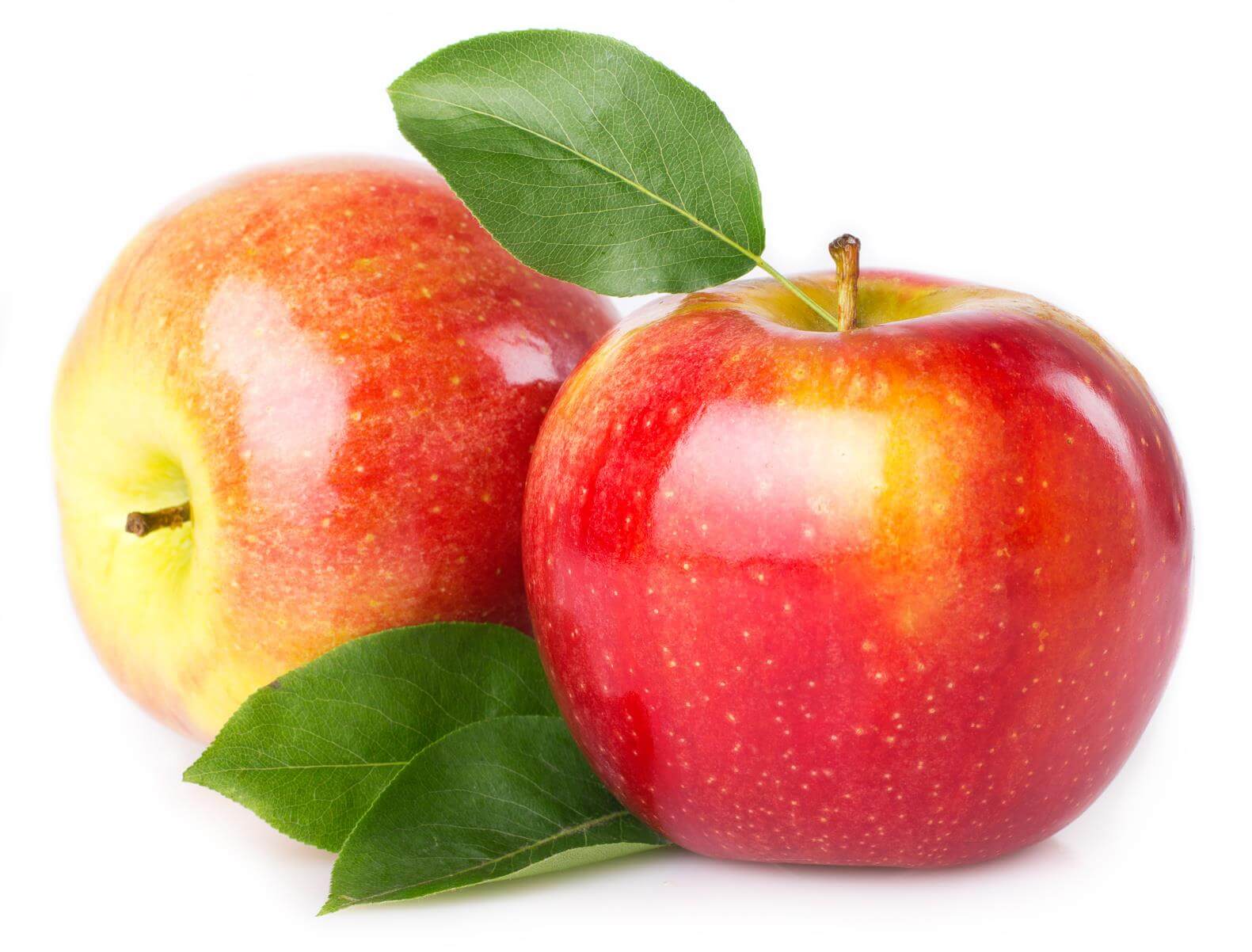 Besides eating fresh, fruit may also be consumed stewed or prepared as compotes or drunk as sherbets, as well as made into preserves. Turkish cuisine brings fruits to the table in many different and unique ways.

Almonds grow on a tree from 5-12 meters in height, bearing white to pink flowers in March and April. There are several varieties. Its leaves are shiny and green with toothed edges. Almonds are eaten both green (çağla) before the shell forms, and ripe.

A member of the Rose family, the apple tree is productive and hardy. Native to temperate climates, the apple genus (Malus) includes approximately 25 species. In addition to fresh consumption, apples are used in savory dishes as well as sweets. In addition to being fragrant and refreshing, apples are high in nutritive value. The best known varieties i8n Turkey are Amasya, ferik and Çakırdaklı. Other imported varieties such as Starking (delicious) and Golden (Golden Delicious) are raised in Turkey.

Known to originate in China, apricots grow on a tree from 2-10 meters in height with smooth leaves. The fruits are fuzzy, yellow-orange. Also known as zerdali. Malatya is famous as a center of apricot production in Turkey.

Bananas are the fruit of an herbaceous tree which looks like a tree. It is from 2-3 m in height, with purple flowers. The newly emerging leaves are rolled and ribbed, opening and broadening as they mature, and often become torn. The fruits grow in large bunches, known in Turkish as hevenk. One bunch may have from 50-100 fruits. Bananas are harvested before they fully ripen, to allow storage. In Turkey they are much raised in the Mediterranean region, and especially in the areas of Anamur and Alanya.

Bitter oranges grow on a tree with leathery pointed leaves, shiny above and matte below. The round fruits are yellowish or slightly green, with 7-15 sections. The juice is sour/bitter. They are used more for their rind, which is made into preserves; a drink is sometimes made with the addition of sugar and water to the juice.

Blackberrıes grown on thorny trailing bushes which bear white to pink flowers in June, ripening in September. They are very common in fallow areas, along roadsides, fences and ditches. The round woody and thorny stems first grow straight up, then bend over and root where they contact the ground. The fruit is first green, turning bright red before ripening to black.

Meaning “goat horn” in Turkish, carobs are the fruit of a bush or tree from 3-10 m in height. The very small, greenish flowers give way to bean-like fruits from 10-20 cm in length. The hard dark brown fruits, containing oval seeds, take a year to ripen.

Another tree in the rose family, cherries bloom in March and April, and begin bearing in May. The trees may be from 5-10 meters in height, with a pyrimidal shape, longish egg-shaped leaves and white flowers. Averaging 2cm in width, the juicy fruits are round or heart-shaped, with thin skin and a single pit.A cherry tree may live from 60-70 years, and one tree may bear from 20-50 kg of cherries. The fresh fruit has a short shelf life, and toward the end of the season may become infested with worms, especially following rains.

Believed to be first cultivated in the Persian Gulf, the date palm is a tall, upright tree from 18-24 meters in height. The leaves, which may be up to 6 meters in length, emerge vertically, the older ones hang downward. The fruits are yellowish brown with a yellowish outer skin. The meaty and sweet fruit, high in sugar content, surrounds a hard cylindrical seed with a groove down one side.

Also known as yemiş. Turkey’s most famous and flavorful fig is the Izmir (Smyrna) variety. There are many other varieties as well, including the sugar fig, purple fig, Sultan Selim fig, yediveren (“seven-bearer”), kavak (cottonwood), patlıcan (eggplant). The Sultan Selim and kavak varieties are cultivated in Istanbul and its surroundings; they are sweet with a purple skin. Dried figs are very valuable, and very nutritious.

Grape vines are hardy plants that will grow in nearly any type of soil. There are seeded and seedless varieties. Ripe grapes may be green, yellow, red or purple. There are hundreds of grape varieties in Turkey; just of a few of these are razakı, çavuş, hönüsü, müsküle, misket, keçi memesi, seedless and yapıncak. The Thrace, Marmara and Aegean regions are especially important as grape producing regions. Viticulture is also quite advanced in Southeast Anatolia (Gaziantep). Good varieties of grapes are also raised in Eastern Anatolia, in Elazığ, Erzincan and Iğdır. Read our Turkish Wine Routes articles too

Peach trees are from 3-5 meters in height. The fragrant, juicy fruits are from 5-10 cm in diameter. Originating in China, it was then cultivated in Iran, and later brought to Anatolia, from which it spread to Europe.

Pomegranates are the fruit of a 2-5 meter tall tree that bears scarlet flowers in June and July. The many-seeded fruits are round and about the size of a large orange. Their leathery skin is at first green,  ripening to a reddish color. The edible portion is the juicy pulp that surrounds each seed.

Another plant in the rose family, it has white or pink flowers. Its fruit starts out greenish white, ripening to pink and then darkening and becoming fragrant.

Depending on the variety, hazelnuts may grow as a bush or small tree which may reach 15 – 20 meters in height. Hazelnuts grow in mild regions of the northern hemisphere. There are five main varieties grown in Turkey: Tombul (fat), the thin-shelled sivri (pointed), badem (almond), kan (blood) and fosa . Here they are chiefly grown in the Black Sea region around the cities of Ordu, Samsun and Giresun. Recently hazelnut oil has begun to be used in cooking.

Jujubes are the fruit of a thorny tree up to 4 meters in height. It bears fragrant flowers in April-May. The fruits are reddish brown, about the size of a large olive, and contain a single pit. It both grows wild and is cultivated in orchards.

Lemons grow on a small tree from 3-5 m in height, which bears pinkish-white fragrant flowers from March to October. Originating in China and brought to Europe by the Arabs in the 10th century, lemons are now raised throughout Turkey’s Mediterranean region. The leaves are oval, smooth, glossy and dark green. The flowers have five petals and five sepals. The sour fruits are oval, light yellow, shiny and slightly rough and glandular.

Mandarine oranges are smaller than a regular orange, fragrant, with a rough or smooth yellow-orange peel. Its peel is thinner than that of an orange and easier to peel, but less sturdy. In Turkey, it is mostly cultivated in the regions of Alanya, Antalya, Mersin, Iskenderun (Dörtyol) and Rize. However mandarins from Bodrum mandarins are famous.

Medlars grow on a dwarfish tree from 2-3 meters in height. Its fruit are brown, brown or oval in shape, and have five long sepals attached to the flower end. The mostly five-seeded fruit is hard and astringent when first picked. The fruits are then “bletted,” or stored in a cool place until they become extremely soft, and have a consistency of applesauce. The two best known varieties in Turkey are döngel (“turn and come back”) and beşbıyık (five moustache).

Melons originated in Central Asia, and are most cultivated in tropical and temperate regions. The world-famous Canteloupe variety originated in the regions of Van and Diyarbakır. The “topatan” and “çitli” varieties raised in Thrace and the Istanbul region have a thin, yellow rind and do not hold up well to handling. In the Aegean region, and Manisa in particular, the Kırkağaç variety is favored. With a hard rind and a delicious flavor, these melons are also suitable for export. some of the sub-varieties of the Kırkağaç melon include Hasan bey, altınbaş, dilimli and hallaç. Melons are also sometimes harvested while still small and green, when they have a cucumber-like flavor. Used mostly in pickles, they are known as kelek at this stage.

Morello cherry trees are from 5-10 meters in height, and bear white flowers in April and May. The leaves are short-stemmed, smooth, glossy green, with serrated edges and a pointed end. The long-stemmed, flat disced flowers bloom before the leaves in umbrella-like clusters on short spurs.

These citrus fruits are either round or lightly egg shaped, with yellow-to-orange skin and fragrant, tart juice. Orange trees are generally from 2-3 meters in height. The inner portion of the peel is white and pithy. The peel is leathery with many oil glands.There are many orange varieties, some with and others without seeds. The seedless “Finike” is a variety of the oblong “Jaffa” orange, and is growin mainly in Mersin and Hatay. The “Dörtyol” variety has seeds. “Washington” is a well-known seedless navel variety.

Quinces have a very ancient history, and are known to have been cultivated in Asia and around the Mediterranean for over four hundred years. Like pears and apples, they belong to the rose family. In Western Asia and tropical countries, the fruit is softer and juicier; in cold climates the fruits are attractive, yellow, and deliciously fragrant, with hard peels and flesh. When eaten fresh they are lightly to extremely astringent.

These are found mainly in wooded mountain areas, ripening in July and August. Many varieties are raised in gardens.

The Russian olive is a tree of the Aegean region. The variety known as kuş iğdesi (bird iğde) grows throughout Anatolia. It is often used as a hedge plant at the edge of gardens and orchards. The tree is from 7-8 meters in height and its flowers deliciously fragrant. The fruit, which resembles a light brown olive, is edible after it dries; the soft dry body of the fruit surrounds a single pit.

Watermelons are the large, hard-skinned fruit of an annual herbaceous vine, most cultivated in Mediterranean countries. Originating in Africa, it is known to have been cultivated in ancient Egypt. There are many different varieties, named according to color, shape and where they are raised. Some of the favored varieties in Turkey include:
Yeni Dünya — Much planted in the Marmara region, it has a thin, light-colored rind and dark red, crisp and sweet flesh. Its seeds are small and white.
Alacalı— A light green watermelon with evenly-spaced dark spots. It has a hard rind, pinkish-red flesh and black seeds.
Kara — Very sweet and flavorful fruits with a thick dark green rind. Because the inner flesh appears crystalline, it is also known as kara buz, or black ice. It has small, reddish seeds, with occasional black seeds as well.
Gülle — Α winter variety, it is dark green and shaped like a cannonball, which is the meaning of its name.
Washington— A variegated green, early bearing variety with a thin rind. Turkish Fruits
Diyarbakır — A round fruit with a very thick variegated rind. Averaging from 20-30 kg, it may reach 50-60 kg.

A member of the rose family (Rosaceae), this is a wild-occurring pear, which is used as a rootstock for selected pear varieties. Its fruit can be eaten when fully ripe.