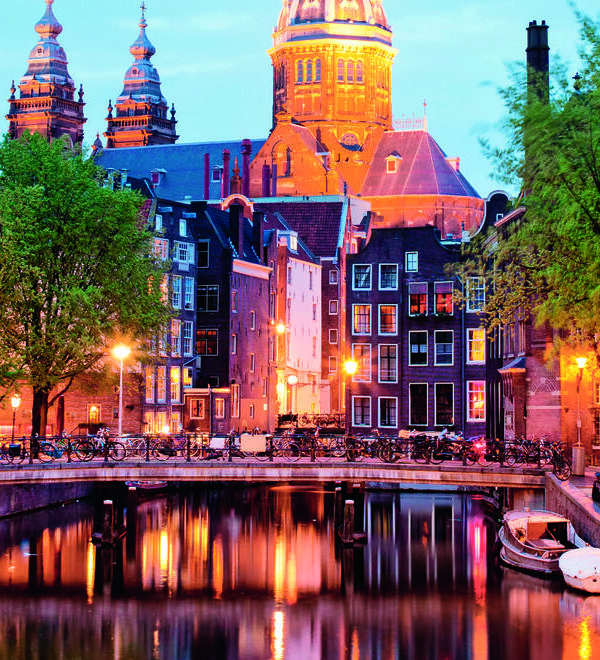 European City Breaks – Whether you’re looking for a whistle-stop weekend hop or a more languid, leisurely stay, the beauty of Europe is how easy it is to flit between cities. There are the old favourites, of course – Paris, Athens, Istanbul – but there’s a clutch of more offbeat places, too, with a fresh dynamism and a new wave of hot hotels and cutting-edge restaurants. Some are packed with cultural splendour, others are known for their smart boutiques and world-class fashion scenes, while the best come with a sweep of golden sand. Here’s where to go, what to do and where to stay in Europe’s top cities, whether you’re looking for culture, food, beaches – or all three

Contact us to tailor-made your stay in your favorite city 🙂

A city that simply oozes romance – the original city of love! Paris is the city of a thousand walks and is as close to perfection as is possible for a fabulous city break holiday. Paris’ monument-lined boulevards, museums, nightlife, its romantic Seine river, colorful lifes, classical bistros, boutiques and much more. Paris is one of the world’s best places for food and drink.
Our selection of 3*** comfort, tourist class, city centered hotels  and guided visits of iconic areas during this full 4 days visited journey will make your trip unforgettable.  Paris can be anything you want, but as a romantic city break it is just unmissable. In fact, for business or pleasure, Paris is a city beyond compare.  “Once seen, never forgotten…..”

The beautiful Greek capital of Athens sees the modern and ancient worlds collide in the most spectacular way. Whether it’s the numerous ancient treasures or the golden sandy beaches you’re visiting, there’s plenty to see and do on a holiday to Athens. Home to some of the greatest artefacts of the ancient world, from the Parthenon Temple on the Acropolis hill to the Panathenaic Stadium, the world-class shopping and outstanding museums such as the National Archaeological Museum, there’s something for everyone. And when it comes to refueling after a day of exploring, you’ll be well served. The restaurants of Athens are elegant and picturesque, the estiatorion tend to be more expensive whilst the taverna are informal and usually, family run. Psistaria, on the other hand, specialise in seafood dishes and grilled meats. There’s no doubt about it, a holiday to Athens should at the top everybody’s to-do-list.

Experience Istanbul’s amazing mix of cosmopolitan chic and old-world charm. Not only is it full of architectural reminders, the Hagia Sophia among its finest, of the city’s rich Ottoman history, but it also has the cultural capital to match. Istanbul is an exotic paradise. If you’re looking to delve into market stalls, marvel at ancient architecture, or simply enjoy a Turkish tea in the sun, you’re sure to enjoy a city break to Istanbul.

Known locally as the Aegean Paradise, Skiathos is the quintessential Greek island with cobblestone villages, picturesque beaches and crystal-clear turquoise waters. Skiathos is steeped in history and rich in culture – combined with those infamous beaches and tantalizing gastronomy and you have everything needed for the perfect holiday destination.Terracotta-topped, whitewashed and completely charming, we opened a treasure chest and found Skiathos inside. It’s no surprise this gold dust Greek isle’s been hailed ‘the Aegean paradise’ and with its teal-tinted waters and luscious leafy landscape, we bet even the Caribbean’s feeling a teeny bit green-eyed.

Greece is a country with thousands of islands, but none has captured the attention of travelers as much as Santorini. Best-known for its iconic whitewashed buildings, Santorini can also credit its growing reputation to it’s secluded bays, crumbling ruins, fine wines, and deep orange sunsets. It’s one of those destinations that works for everyone, offering all the best of beach holidays, adventure trips, foodie spots, and luxury travel. Couples looking for a romantic getaway will be hard-pressed to find a dreamier destination, but Santorini can be just as good for a family holiday or solo trip. Read on to plan you ideal visit and check out our latest deals to one of Europe’s best islands.

The coastline of Mykonos is peppered with sugar-cube houses and windmills; the main town, Chora, has many restaurants, bars and cafés amongst its maze of narrow streets. Mykonos is one of the most vibrant holiday destinations in Europe and has earned an enviable reputation for its nightlife. The island is particularly famous for its beautiful whitewashed buildings, which complement the surrounding turquoise sea and the island’s unspoilt sandy beaches.

The fun of Thessaloniki holidays makes it an easy place to love. Greece’s vibrant second city offers you an arm, shows you around, then takes you for a slap-up meal and an ouzo. This dynamic and inviting place is one of the most cosmopolitan cities, not just in Greece, but in Europe as a whole – and its reputation is on the up. Thessaloniki city breaks  mean culture-packed days and fun-fuelled nights. Situated in the far north of the mainland, Thessaloniki has been at the crossroads of European and Ottoman cultures for centuries. It’s a role reflected in everything from art to museums to nightlife and local delicacies. History is written in the streets. Thessaloniki is considered an open-air museum of Byzantine art, boasting no less than 15 Unesco World Heritage sites.