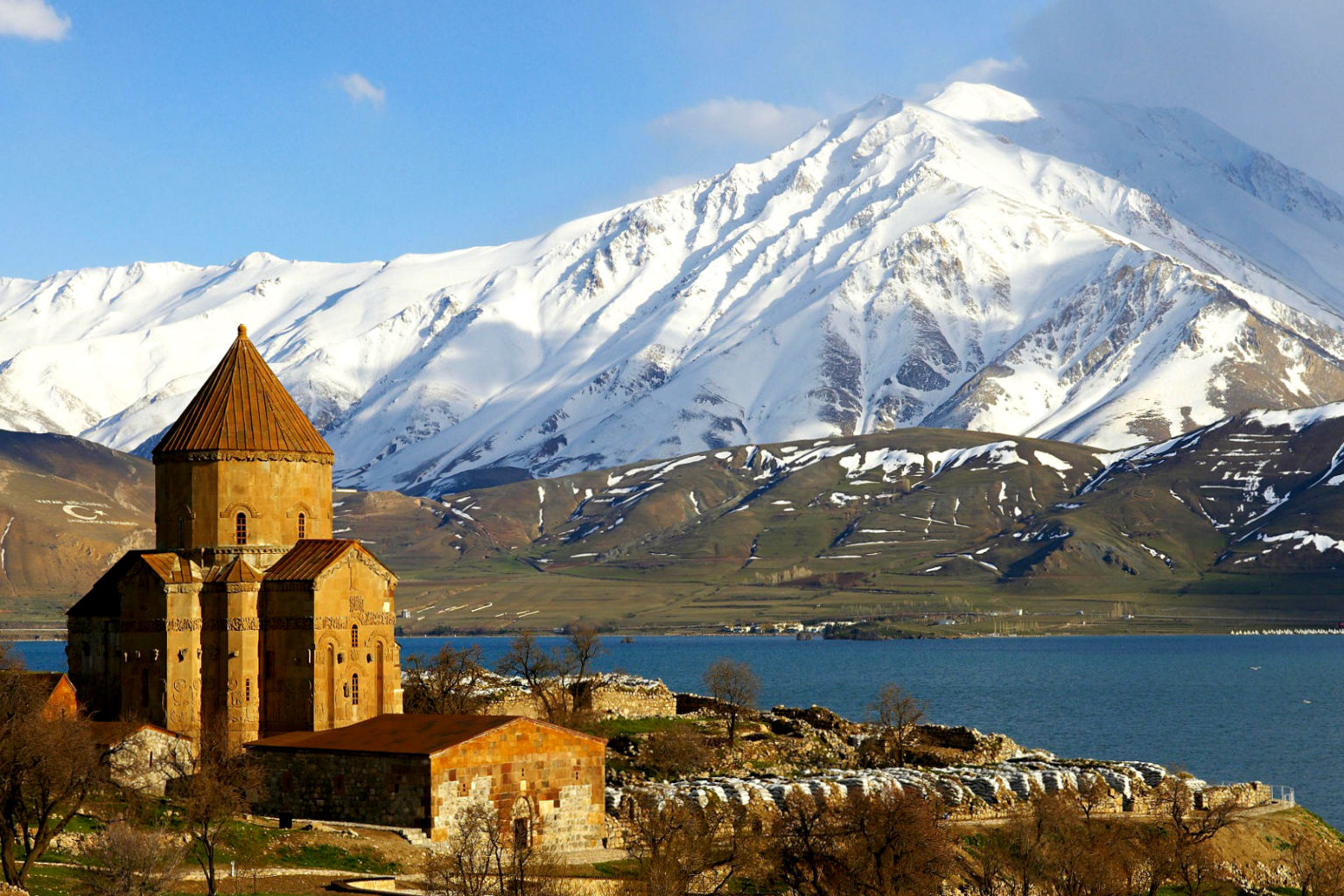 Best Historical Places In Turkey – Turkey’s location at the meeting point between Europe and Asia has given rise to an incredible history as waves of people, states, eras, and empires have left their mark on the coastline and mountains, the people and culture. Turkey may have more ancient ruins that pretty much anywhere else, but it’s not the sheer number of sites that impresses, but that so many remain near intact. To walk among the graceful columns of a Lycian ruin adjacent to a Mediterranean beach, or to set foot in a Roman amphitheater at sunset, imagining the scenes that must have unfolded here thousands of years ago, couldn’t be more atmospheric. And to stand in the very spots where Alexander the Great, Saint Paul, and Helen of Troy once made history is pretty incredible.

Read on for the lowdown on Turkey‘s most impressive historical sites.

Until the discovery of Göbeklitepe in 1963, Stonehenge (3,000 BC) was believed to be the oldest manmade place of worship on Earth. But at 12,000 years old, Göbeklitepe pre-dates that by about 6,500 years. Göbeklitepe’s Neolithic megaliths are still being excavated (only 5% of the site has so far been unearthed), and you can see the archeologists’ finds—from pillars carved with ancient animal motifs to hieroglyphic inscriptions older even than the Sumerians’—onsite.

Ephesus was the Roman capital of Asia Minor, and home to over a quarter of a million people—from slave traders to saints—at its peak between 1 AD and 2 AD. The site of the Temple of the Artemis, which was one of the Seven Wonders of the Ancient World, 150 years of excavations at Ephesus have revealed the most complete Greco-Roman classical city on Earth. No wonder it was just added to the list of UNESCO World Heritage Sites.

A UNESCO World Heritage Site, it was founded in around 1600 BC, then conquered and mostly destroyed after 1200 BC. From ornate gateways, such as the Lion’s Gate, to temples, royal homes, and ancient fortifications complete with underground passageways, it’s hard to be bored wandering around what once was the region’s mightiest city. Hattusa is the site of the world’s earliest peace treaty, the Treaty of Kadesh. The clay tablet containing the text of this treaty is displayed at the Istanbul Archeology Museum.

Founded in around 1000 BC, the ancient city of Perge , near present-day Antalya, was captured by the Persians and then, around 333 BC, by the armies of Alexander the Great before becoming part of the Seleucid Kingdom. Then came the Romans in 188 BC. They built most of the sites you can see today, including a theater big enough to fit 15,000, a public square, gymnasium, and necropolis

The Zeugma Mosaic Museum contains a vast collection of restored mosaics from the Ancient Roman town of Zeugma , which is about 27 miles away from the city of Gaziantep. Founded in around 300 BC by Alexander the Great’s general Seleucus I Nicator, Zeugma was a vital military and commercial center with as many as 70,000 residents at its peak, until devastating attack under order of Sassanid king Shapur I in 256 AD led to the town’s decline. Today, 25% of Zeugma lies underwater due to the construction of modern dams.

Phaselis—located near Tahtalı Dağı, which in ancient times was known as Mt. Olympos—was once used as a base by a powerful groups of pirates (including the much-feared Zeniketos). Visitors should also check out the natural-gas-fueled dancing flames constantly burning on the nearby mountainside of Çakaltepe (above). Legend credits the spectacle to the mythical beast Chimera, depicted in Homer’s Iliad as a fearsome creature of “race divine, made up of lion, dragon and of goat, her jaws emitting dreadful flames.”

Nemrut , also known as Nemrud, stands at over 7,000 feet and is the site of the 1st-century BC mountain-top tomb of King Antiochus I Epiphanes. It’s famous for its 30ft-high statues depicting various mythological figures, all of which have seen their heads topple from their bodies. This UNESCO-listed site is best visited at sunrise or sunset, the ideal time for admiring and photographing the still-life population.

Cappadocia‘s Göreme Open Air Museum has about 30 ancient churches, and it’s about as far from a traditional museum as it’s possible to get. Within the haunting landscape of stone pillars, the roughly cut rock churches—particularly those of the Dark Church and the Church of the Buckle—contain some of the best-preserved frescoes in Cappadocia.

The Blue Mosque (Sultanahmet Camii) was the ambitious creation of 19-year-old Sultan Ahmed I—he began the project in 1609, and today it’s one of Istanbul‘s most iconic sites. Ahmed I wanted to build a mosque to rival the Hagia Sophia. When it was finally completed in 1616, the Blue Mosque, with its increasingly large domes, grand minarets, and blue tiles adorning the walls, indeed achieved this.

For almost 500 years, Istanbul was the seat of the mighty Ottoman Empire, and for much of that time, the Ottoman sultans resided in Topkapı Palace. Much more than just a single structure, the Topkapı complex comprised a hospital, mint, and multiple mosques, and was home to thousands of people. When the empire came to an end in the early 1920s, the palace was transformed into a museum dedicated to the Ottoman era.

Bodrum Castle, aka the Castle of St. Peter, was built starting in 1402 by the Order of the Knights of Saint John, who were seeking safety from the invading Seljuks. The urgency of the job is evidenced by the fact that the walls of the castle were strengthened with materials pilfered from the nearby Mausoleum at Halicarnassus. The castle is open to the public, and contains the not-to-be-missed Museum of Underwater Archaeology.

The Aspendos Roman Theatre was first written about by the Hittites in 800 BC. Able to seat up to 15,000 people, the amphitheatre was once part of the city of Aspendos, founded by Ancient Greeks from Argos. In modern times, it plays host to the annual Aspendos International Opera and Ballet Festival. Best Historical Places In Turkey

The world-famous Hagia Sophia is a 6th-century church-turned-mosque in Istanbul, and today it’s a museum. It was during its time as a mosque that many dominant architectural features were added, including the minarets and the mihrab that make the Hagia Sophia such a visually stunning mixture of both Muslim and Christian influences and architecture.

The Basilica Cistern (Yerebatan Sarnıcı) is an eerie underground wonder and one of the biggest surviving Byzantine sites in Istanbul. Tread its raised platforms to view 336 marble columns (two depict the head of Medusa, which you’ll remember if you read Dan Brown’s Inferno) and take in the spectacularly vaulted ceilings that still drip moisture in this former water storage chamber built by Byzantine Emperor Justinian in around 532 AD.

The remains of ancient Simena, now modern Kaleköy (just inland of Kekova Island), form one of the most impressive historical sites in Turkey. Simena sits below the remains of a Crusader castle, and many of the ruins, some dating as far back as the 4th century BC, have been partly submerged in the Mediterranean since a series of coastal earthquakes 1,800 years ago.

A Byzantine monastery dedicated to the Virgin Mary. It sits atop the extreme edge of a sheer cliff face some 300 meters high. The monastery was founded around the 4th century AD by Barnabas and Sophronius, two Athenian priests who traveled through the region during the reign of Theodosius I.

During the Hellenistic, and Roman periods, the small city of Aphrodisias, named for the goddess Aphrodite and located in southwestern Turkey, was a major source of marble. The stone was quarried from nearby hills and shipped all over the Ancient World for use in building facades and sculptures. A number of master sculptors consequently made their home in Aphrodisias, and much of their work has been unearthed and is displayed in the onsite museum

Turkey has an abundance of Greco-Roman ruins, but none can be so romantically placed as ancient Pergamum in modern-day Bergama. Once home to one of the ancient world’s most important libraries, Pergamum’s remaining temple remnants now preside dramatically on a hilltop.It’s an incredibly atmospheric place to explore, with an Acropolis area and a theater cut into the hillside with sweeping panoramic views from its top seating tiers.

The derelict buildings of the powerful Silk Road city of Ani sit abandoned on the plains close to Turkey’s modern border with Armenia. Once the Armenian capital, Ani’s golden age came to an end in the 14th century after Mongol raids, earthquake destruction, and trade route tussling all played their part in the city’s decline.