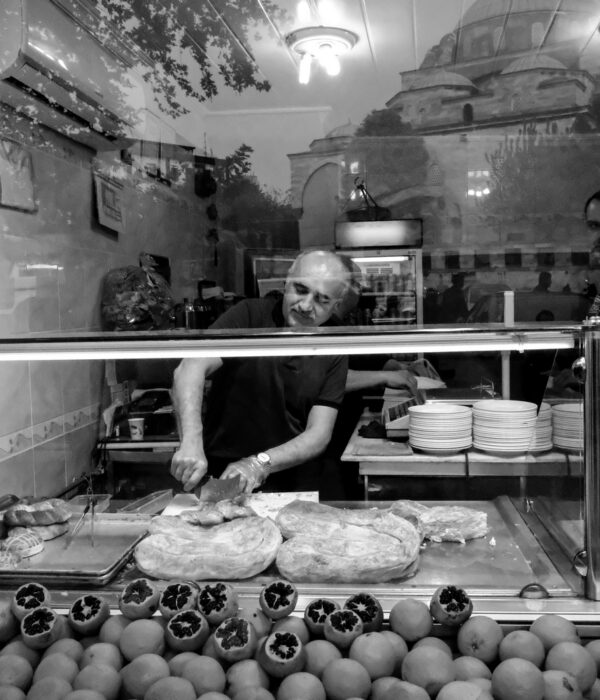 Istanbul Short breaks – Istanbul is an exotic paradise. With one arm reaching out to Asia and the other to Europe, Istanbul is the only city in the world built on two continents. The Bosphorus courses the waters of the Black Sea, the Sea of Marmara and the Golden Horn through the city’s heart.If you’re looking to delve into market stalls, marvel at ancient architecture, or simply enjoy a Turkish tea in the sun, you’re sure to enjoy a short break to Istanbul.

Whether you’re looking for a romantic getaway or culture-filled weekend or foodie experience in Istanbul – create your perfect Istanbul city breaks experience with us. Take a look at our late deals or enjoy a guaranteed saving with our  hotel+ excursions packages.

Standing proudly at the meeting point between Europe and Asia, Istanbul melds the cultures of both continents, yet manages to present a completely distinctive whole. The mixture of cultures is everywhere to see, and even the landscape, which ranges from dramatic mountains to glorious, sun-kissed beaches, shows that this is a city whose attractions are not confined to any particular type of visitor.

Late spring and early summer are the best times to visit Turkey for an Istanbul holiday, because then the weather is at the ideal middle point between the hot and humid summers, and surprisingly wet winters.

The main airport serving Istanbul is just 35 km far from the city centre, so the quick transfer time mean it’s perfectly feasible to take an Istanbul short break. Naturally, because of its location, there are many places to explore on an Istanbul holiday, so your programme is sure to be packed with visits to famed sites such as the Topkapi Palace and the Basilica Cistern.

Escape to the sun and enjoy Istanbul’s balmy climes. Whether you’re walking along the Walls of Constantinople, taking a cruise down the gorgeous bosphorus strait, or just lounging by the pool of your hotel, Istanbul is blessed with warm weather all year round.  Just don’t forget the sun lotion. From the historic sights to the picturesque scenery, this is a dream holiday with your kids! Want to know more about “activities for kids? Click here

A Day in Istanbul

Skip your hotel open buffet breakfast in order to live a real Istanbul foodie experience A traditional Istanbul  breakfast is the ultimate way to start the day. While offerings vary, dishes are always plentiful and meant to be shared, ensuring that the occasion is enjoyed with the right amount of luxurious leisure. You can use Istanbul Public transportation.  (read more)

What to eat during breakfast in Istanbul?

This famous and gorgeous mosque is one of the world’s finest. It was built in just seven years (1609–1616) by the architect Mehmet Aga, who also rebuilt Kaaba (the holiest shrine of Islam — the giant black cube at the center of the mosque in the holy city of Mecca). Locals call it the Sultan Ahmet Mosque for the ruler who financed it, but travelers know it as the Blue Mosque because of the rich color that dominates the interior (free, generally open daily one hour after sunrise until one hour before sunset, closed to visitors five times a day for prayer, in the Sultanahmet district).

For centuries, it was known as Megalo Ekklesia, the “Great Church” of Constantinople. The Greeks called it Hagia Sophia, meaning “Divine Wisdom,” an attribute of God. The Turkish version is Aya Sofya. But no matter what you call it, this place — first a church, then a mosque, and now a museum — is one of the most important and impressive structures on the planet. Emperor Justinian built Hagia Sophia between A.D. 532 and 537. For 900 years, it served as the seat of the Orthodox Patriarch of Constantinople — the “eastern Vatican.” Replete with shimmering mosaics and fine marble, Hagia Sophia was the single greatest architectural achievement of the Byzantine Empire. When the Ottomans took Constantinople in 1453, Sultan Mehmet the Conqueror — impressed with the Great Church’s beauty — converted it into an imperial mosque. Hagia Sophia remained Istanbul’s most important mosque for five centuries. In the early days of the Turkish Republic (1930s), Hagia Sophia was converted again, this time into a museum. It retains unique elements of both the Byzantine and Ottoman empires and their respective religions, Orthodox Christianity and Islam. In short, Hagia Sophia epitomizes the greatest achievements of both East and West, rolled into one (open Tue–Sun, closed Mon; in the Sultanahmet district, tel. 0212/528-4500).Istanbul Short Breaks

Built in the mid-17th century, this market hall was gradually taken over by merchants dealing in spices, herbs, medicinal plants, and pharmaceuticals. While it’s quite a touristy scene today, most stalls still sell much of the same products, and the air is heavy with the aroma of exotic spices. Locals call it the Mısır Carşışı (Egyptian Bazaar) because it was once funded by taxes paid by Egypt (open daily, at the Old Town end of the Galata Bridge, near the Eminönü tram stop).

The word Topkapı means “cannon door” — a reference to one of the gates on the old Byzantine wall along the Sea of Marmara. Originally known as the sultan’s “New Palace,” Topkapı was gradually enlarged over the centuries. Each reigning sultan contributed his own flourishes, according to the style of the era. So, unlike many European palaces, which were built all at once, Topkapı Palace was constructed gradually and organically over time. The result is a funhouse of architectural styles. Since no two buildings of the complex were built at the same time, they’re all on different levels — as you pass through the doorways, you’ll almost always step up or down. And yet, this hodgepodge is totally functional — each addition had its purpose, and was suited for its time. Taken together, the visual mess of Topkapı Palace adds to a unique sum that represents the sultan lifestyle. It’s in the Sultanahmet district; the easiest approach is from the Sultanahmet tram stop (open Wed–Mon, closed Tue). Read also Topkapı Palace Secrets

The world’s oldest shopping mall is a labyrinthine warren of shops and pushy merchants — a unique Istanbul experience that shouldn’t be missed, even if you’re not a shopper. While parts of the bazaar are overrun with international visitors, it also has many virtually tourist-free nooks and crannies that offer an insightful glimpse into the “real” Istanbul.

What’s the best time of year to visit Istanbul?

Istanbul is a popular destination all year round, although summer can get very hot and winter is usually cold and rainy with the occasional snow flurry. Spring and autumn months are best advised for a pleasant temperature and less crowding at the major sites.

In İstanbul, the summers are warm, humid, dry, and clear and the winters are long, cold, windy, and partly cloudy. Over the course of the year, the temperature typically varies from 38°F  to  85°F  and is rarely below 30°F or above 90°F.

How should I dress in Istanbul?

Turkish dress sense is generally westernised although revealing clothing is not very common in Istanbul (nightclubs along the Bosphorus are more of an exception).  As a secular state, Turkey is tolerant of other cultures and religions. Female visitors are not expected to don a head scarf, unless they are visiting a mosque and scarves are usually available to borrow. Shorts tend to be kept for the beach and not commonly seen in the city. When visiting mosque, men must wear trousers or long shorts covering the knees.Istanbul Short Breaks

What is it like as a non-Muslim visiting Turkey?

While Turkey is a largely Muslim country and some are strict followers of Islam, there are many more moderate Muslims and also smaller minorities of Christian and Jewish faiths. As a secular state, Turkey is generally very open and welcoming to other cultures, and it is rare to experience any problems as a non-Muslim in Turkey.

Do I need a visa?

All UK, USA, Canada, Australian and New Zealand passport holders visiting Turkey must purchase an e-Visa online before travelling – including babies and children. Visas are valid for 180 days, and you can visit Turkey for up to 90 days within this duration.  E-Visas must be bought BEFORE you arrive in Turkey from the official website. Some countries do not require a visa at all. Visit our visas page for more information.

Compared to most western countries, Istanbul is a safe city. The incidence of violent crime against foreigners is very low and few visitors to the city experience any problems. There are some scams and pickpockets operating (more so in the tourist-heavy areas) so you should exercise usual caution.

Is it safe to drink water from the tap in Istanbul?

Although the water is chlorinated in Istanbul, it is recommended you drink bottled water. Bottled water is widely available and reasonably cheap in Istanbul. Related: Istanbul Short Breaks

Is it safe to eat food from the street and small restaurants in Istanbul?

The standard of hygiene in Istanbul is generally fairly high, and few visitors report problems related to unsafe food in the city. Practice common sense and only eat at an establishment if it looks clean and busy. Fresh fruit should be peeled before eating and salads should be avoided if you suspect they have been washed in tap water.

Do I need any vaccinations for a trip to Istanbul?

No. There are no required vaccinations for Turkey.

Is alcohol available in Istanbul?

Yes. Although the majority of Turks are Muslims, alcohol is readily available in Istanbul. The national drink, raki, is especially popular, along with beer and wine – of which there are numerous local brands. Istanbul also has some of the best nightlife in Europe with a seemingly never-ending supply of bars, nightclubs and restaurants. Istanbul City Breaks

Will it be hard to get by with only English?

Turkish is the official language of Turkey and English is widely spoken in Istanbul; visitors are often surprised by the relatively high level of English spoken by most Turks. An attempt to use Turkish is very much appreciated and considered good manners, though.